A Japanese crime boss issued a sinister warning to a judge after he was sentenced to death for ordering a murder and attacks on citizens.

Satoru Nomura, the 74-year-old head of the Kudo-kai yakuza group which has some 220 active members, denied accusations he masterminded the grisly crimes.

Fukuoka District Court confirmed it had sentenced Nomura to death, however, Japanese media said there was a lack of evidence directly linking him to the crimes.

“I asked for a fair decision… You will regret this for the rest of your life,” Nomura ominously told the judge after his sentencing, the Nishinippon Shimbun newspaper reported.

The Kudo-kai is the largest yakuza mafia in the Kitakyushu area and is famed for its military style appraoch, using the likes of machine guns and hand grenades in its activities.

Yakuza – the English equivalent for the term is gangster – have been long-tolerated in Japan as a necessary evil to ensure order on the streets – but a crackdown on gangs, along with waning social tolerance and a weak economy have resulted in falling numbers of yakuza.

“The criminal acts [of Nomura] were extremely vicious, and the decision of capital punishment is unavoidable,” Presiding Judge Ben Adachi said in the ruling.

It is believed to be the first death penalty handed to the leader of a crime syndicate specified by law – and could have an effect on police investigations into crime gangs in the future.

Nomura was found guilty of ordering the fatal shooting of a former boss of a fisheries cooperative, major news outlets reported.

He was also said to be behind a 2014 attack on a relative of the murder victim, as well as a 2013 knife attack against a nurse at a clinic where Nomura was seeking treatment. 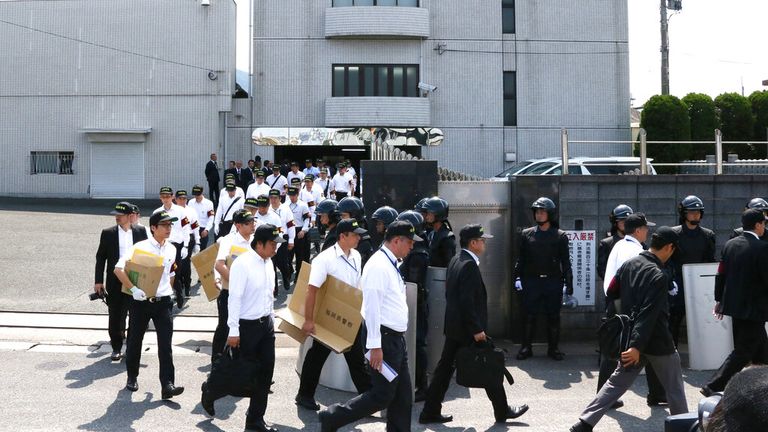 The mafia boss was also accused of being behind the 2012 shooting of a former police official who had investigated the Kudo-kai. The victim survived, but with serious injuries to his waist and legs.

Unlike the Italian Mafia or Chinese triads, yakuza are not illegal and each group has its own headquarters known to the police.

Japan is one of the last countries in the developed world to retain the death penalty and has more than 100 inmates on death row.