Crises have the potential to unite the world against a common enemy such as now when the world is attempting to grapple with the coronavirus pandemic. But alongside the ongoing COVID-19 emergency, there are several other potentially explosive and unstable conflicts. The Center for Preventive Action’s (CPA) Global Conflict Tracker has created an interactive tool which assesses ongoing conflicts around the world of concern to the United States.

But which areas have been identified as potential flashpoints for conflict escalation according to a specialist tracker?

Conflict: Confrontation between the United States and Iran

In the past few years, tensions between the US and Iran have escalated.

Iran and the USA have had no formal diplomatic relations since April 1980.

Since 1995, the United States has had an embargo on trade with Iran.

During Donald Trump’s term as president, relations between the two nations worsened with war almost breaking out during the 2019/2020 Persian Gulf crisis.

Under the 2015 Iran nuclear agreement, the US and other world powers agreed to lift crippling economic sanctions against Iran in exchange for limits on the country’s nuclear program.

Former US leader Mr Trump pulled the country out of the deal in 2018 and reimposed those sanctions.

President Joe Biden said the USA will not lift sanctions against Iran unless the country stops enriching uranium, continuing a standoff with the country’s supreme leader, who has demanded that sanctions be lifted before the country returns to its obligations under the 2015 nuclear deal.

According to the Council on Foreign Relations’ Global Conflict Tracker, the conflict between the US and Iran is at a critical juncture and the status is worsening.

The worsening of relations between the US and Iran could have global economic, political and security implications.

If military conflict were to break out, Iran could attempt to block the Strait of Hormuz, through which 30 percent of the world’s oil flows, which would raise oil prices globally.

A confrontation between the two nations could also prompt an escalation of proxy warfare in countries like Syria and Yemen or an increase in Iranian missile strikes targeting US troops in the Middle East. 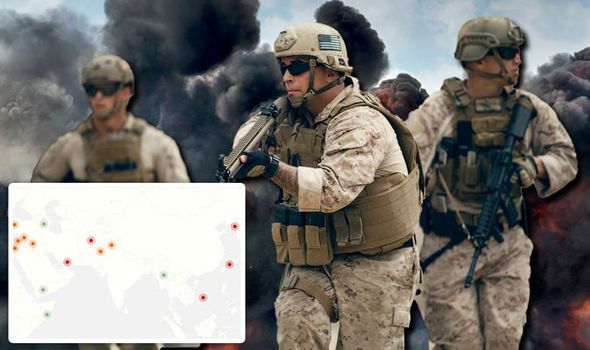 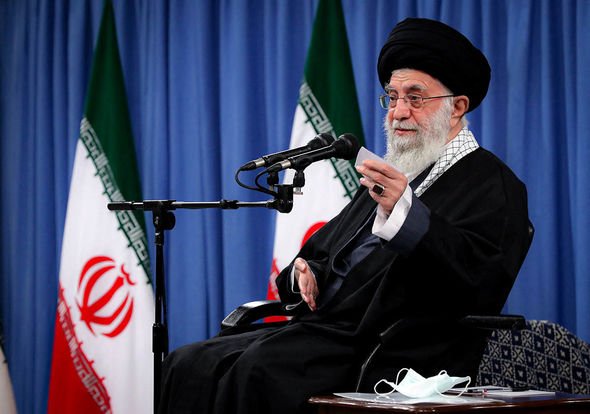 The War in Afghanistan is an ongoing war which followed the US invasion of Afghanistan after the Taliban Government refused to hand over al-Qaeda’s leader Osama bin Laden in the wake of the September 11, 2001, attacks.

The US Government and Taliban signed a peace agreement in February 2020 which set out a timeline for the withdrawal of US troops from Afghanistan.

The agreement outlined the US would withdraw all troops within 14 months and in return, the Taliban vowed to prevent territory under their control from being used by terrorist groups and enter into negotiations with the Afghan government in March 2020.

There is no official cease-fire in place, despite this agreement.

With the removal of US forces from the region, the conflict tracker tool highlights the war in Afghanistan as a critical incident with the conflict status worsening.

The East China Sea is shared among the People’s Republic of China, Japan and South Korea, the three major East Asian countries, whose diplomatic and economic interactions are one of the most important international relations in the world.

Rising nationalist interests in these nations and growing political mistrust raise the potential for conflict in the region.

Chinese and Japanese leaders have so far refrained from forcibly establishing control over the Senkaku or Diaoyu Islands, but unauthorised action by local commanders could result in the unintended escalation of hostilities.

Due to treaty commitments, any military conflict could involve several other nations around the world, therefore the state of affairs for this region is of high interest globally.

To avoid accidental clashes at air and sea, China and Japan announced a new crisis communication hotline in June 2018.

Although Japan’s Ministry of Defense reported the number of times Japan’s military had to scramble jets in response to Chinese air incursions dropped by 41 percent in 2017, the number increased in 2018.

Japan’s Defense White Paper released in July 2020 stated that China has “relentlessly continued attempts to unilaterally change the status quo by coercion in the sea area around the Senkaku Islands” and that “Japan cannot accept China’s actions to escalate the situation.”

Last week Tokyo expressed alarm over China’s new law which empowers the Chinese Coast Guard to use force against foreign parties for what Beijing views as violations of its sovereignty and jurisdiction.

The new law, which entered into force last Monday, “could shake the order based on international law,” a Defense Ministry executive warned.

Japan is braced for possible Chinese military actions in the East China Sea, where tensions are running high over the Japanese-administered Senkaku Islands, claimed by Beijing.

The Council on Foreign Relations’ Global Conflict Tracker places the importance of this conflict as critical for US interest, adding the territorial dispute has an unchanging status. 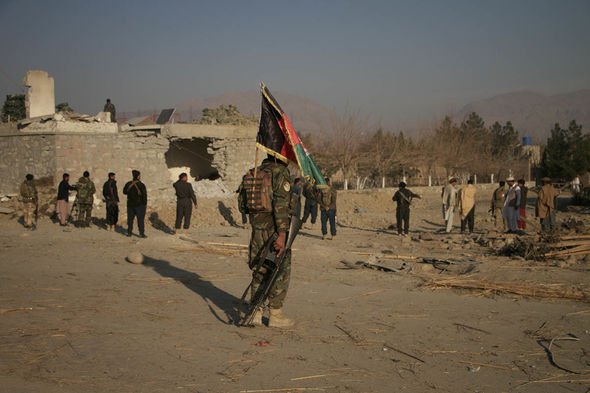 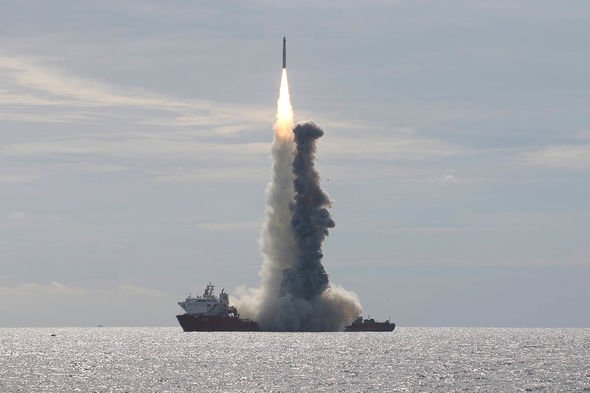 North Korea, which is officially called the Democratic People’s Republic of Korea, is an isolated and impoverished country which is a self-proclaimed enemy of its southern neighbour, South Korea.

Over the past several years, North Korea has continued to undertake overt nuclear enrichment and long-range missile development efforts – despite being in breach with UN Security Council resolutions.

The full-scale of North Korea’s uranium enrichment program remains uncertain, but intelligence agencies around the world believe the country has enough plutonium to potentially produce up to sixty nuclear weapons.

This week a confidential UN report circulated among its Security Council members reportedly claims that North Korea has continued to maintain and develop its nuclear and ballistic missile programmes through cyberattacks.

North Korea, as a nuclear power, has a complex relationship with China and therefore preventing both an interstate Korean war and a North Korean internal collapse are critical globally.

Continued weapons testing poses a threat to nations around the world and could lead to the potential for further and potentially uncontrollable escalation.

Outright threats from North Korean Supreme Leader Kim Jong-un are also causes for concern, with the leader claiming North Korean weapons can now reach the US mainland, as well as its territories.

The North Korea crisis is a critical conflict according to the Global Conflict Tracker with tensions worsening in the region. 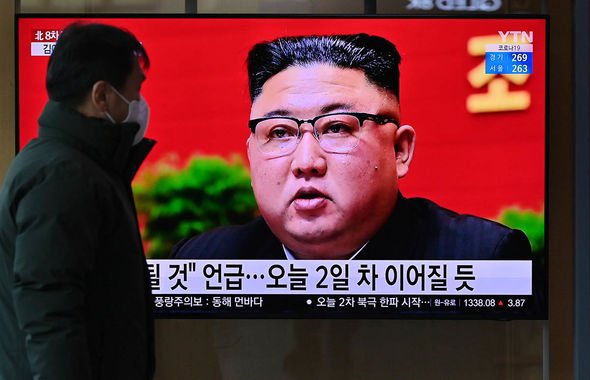 The South China Sea disputes involve both island and maritime claims by several sovereign states within the region, namely Brunei, the People’s Republic of China (PRC), the Republic of China (ROC/Taiwan), Indonesia, Malaysia, the Philippines, and Vietnam.

Globally an estimated £2.43tn (US $3.37 trillion) worth of global trade passes through this region, which represents a third of global maritime trade.

To protect its political, security, and economic interests in the region, the United States has challenged China’s assertive territorial claims and land reclamation efforts by conducting FONOPs and bolstering support for Southeast Asian partners.

However, tensions appear to be rising after the commander of the USS Nimitz reported Chinese military activity in the South China Sea has risen “steadily” in recent months.

Rear Admiral James Kirk this week said the US navy had seen an expansion of Chinese capabilities during the period when the Nimitz sailed through the South China Sea on an almost 10-month deployment.

He told reporters: “We’re seeing a larger number of aircraft, larger numbers of ships available to the Chinese military being utilised on a daily basis.

“So the capacity has clearly increased.”

According to the Global Conflict Tracker, the crisis is still deemed critical with the conflict status worsening.

Other conflicts which represent a significant impact on the US but do not involve a mutual-defence treaty commitment include: