Rain, coupled with gale-force winds, is forecast to ravage the country throughout this weekend – perfect timing as rules have been eased for meeting indoors. Met Office meteorologist Aidan McGivern dubbed this weekend a “showery situation” as rain is expected to seep in and linger. The early May Bank Holiday was marked with heavy downpours and strong winds as well, leaving many hopeless for the next one coming up. The heaviest showers are expected to come through on Friday and Saturday, while Sunday will also see some rain but possibly lighter. Mr McGivern said: “It is going to be a wet and windy start for many on Friday morning.”

The Met Office meteorologist added: “The heaviest rain will be in the north west of England, parts of Wales, and then increasingly in the south west, the Midlands, with the rain reaching the south east by the end of the afternoon as a showery situation develops.

“Eastern Scotland, as well as north east England, stays dull and damp throughout much of the day.

“And with the wind in the north west, it is going to feel raw.”

The rain will likely get worse before it gets better, with forecasters predicting up to four inches (100mm) of rainfall falling over Welsh higher ground throughout the next two days. 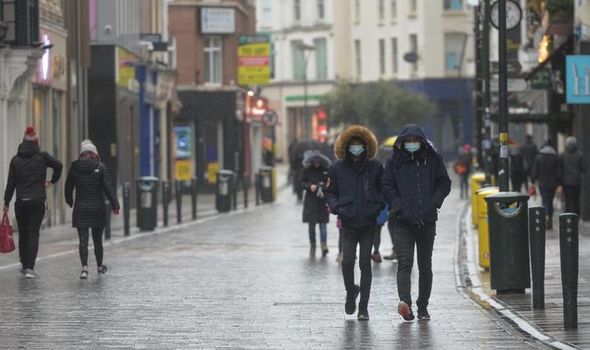 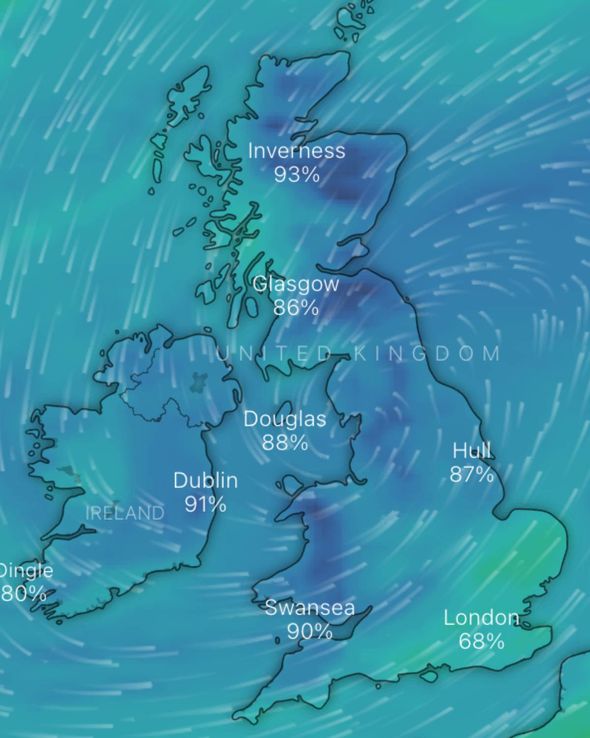 “Saturday night and into Sunday, we have yet another system working its way across, bringing rain and showers across he UK and bringing more showery conditions behind it.

“Anywhere could see a shower but they are likely to be the heaviest along the North Sea coast.”

Mr Madge predicts Saturday will be the best day of the weekend, but warned any good weather could be short lived as the rain nudges its way back. 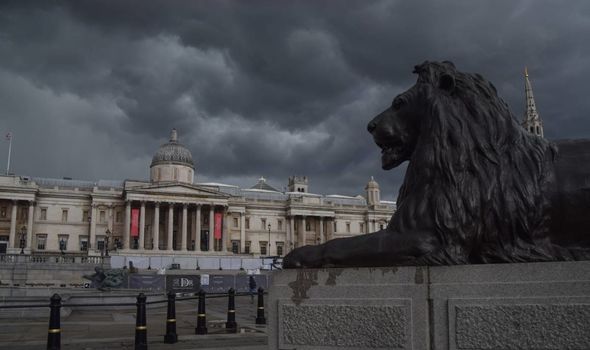 When will it stop raining?

Despite unsettled conditions throughout the weekend and the strong possibility of more rain, there’s light at the end of the tunnel.

There are signs of drier conditions to come from Tuesday, with some indication of temperatures climbing up the mercury once more.

If and when the weather turns next week, temperatures will be more typical for this time of year.

The spell of weather will likely keep nights cooler than the long-term average, but warmer days than current temperatures are a strong possibility. 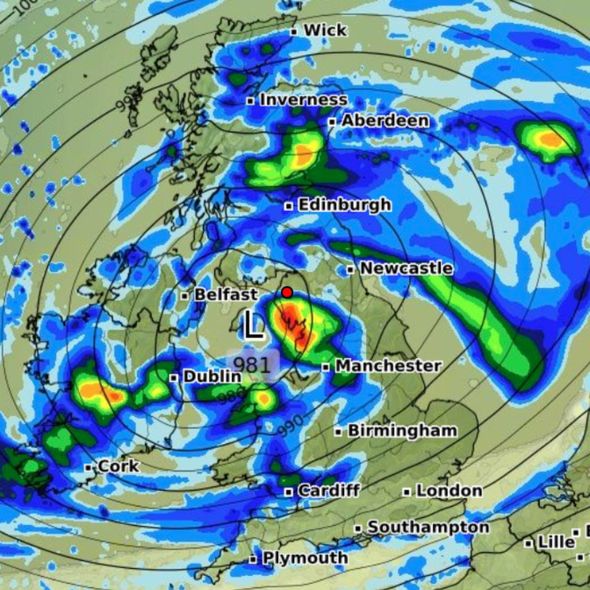 Chief Meteorologist from the Met Office, Dan Suri said: “There are some glimmers of hope in the forecast into next week, with more settled weather possible from Tuesday.

“In areas of prolonged sunshine, we should be seeing some quite pleasant conditions, but night temporaries will continue to be stubbornly low.”

The long range weather forecast for Tuesday, May 23 to Thursday, June 3 reads: “Unsettled weather continues through the start of next week, with widespread showers mainly across central and eastern England.

“As next week progresses, there is a chance of more settled conditions gradually becoming established from the west.

“Temperatures look to remain slightly below average, though feeling pleasant in any sunshine.

“Some notably chilly nights are still possible with some late season frost possible in prone spots, becoming more uncertain into the following week, but indications most likely suggest a continuation of drier weather for most.

“Temperatures possibly increasing slightly closer to normal, but there is a risk of a few showers around and a return of rain bands into the west at times.”