Iran hits out at Israel after 'attack' on nuclear site

Talks regarding the Iran nuclear deal are ongoing in Vienna having resumed on May 7. Iran refused to hold direct talks with the United States about the conditions for the nation to rejoin the agreement, abandoned by former president Donald Trump in 2018. But could a new deal really be on the horizon?

The US and Iran are on the precipice of agreeing a nuclear deal, according to the Iranian chief negotiator and other diplomatic insiders.

The negotiators from each side are aiming to undertake a final round of talks in Vienna – during which terms for Washington’s re-entry to the nuclear deal will be outlined.

Senior diplomats from Russia, China, Germany, France and Britain were sitting down with representatives from Iran to go over the latest proposals from expert groups working on how to resolve the major outstanding issues on how to return the US into the landmark agreement.

Former president Donald Trump pulled the nation out of the agreement unilaterally in 2018.

Instead, he wanted to agree a new deal which would curb Iran’s ballistic missile programme and its involvement in regional conflicts. 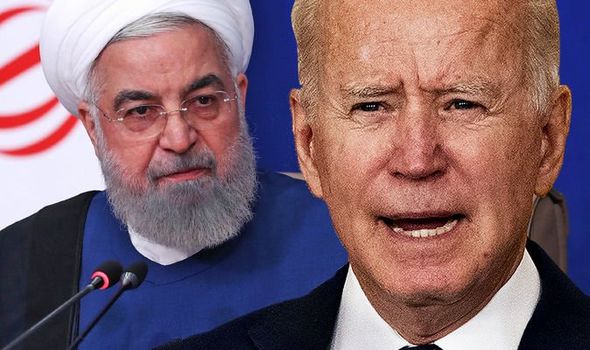 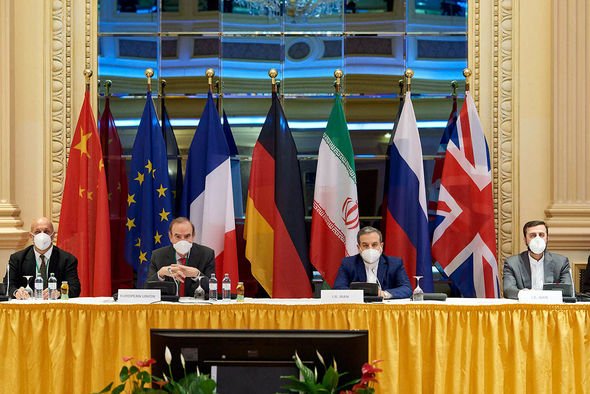 Mr Trump’s decision in 2018 led Iran to roll back its commitments.

Iran has always insisted its nuclear programme is peaceful, but many suspect it was being used as a cover to develop a nuclear bomb.

To deter this, the UN Security Council, the USA and the EU imposed crippling sanctions on the nation in 2010.

Iran reached a deal with six powers including the UK, USA, France, China, Russia and Germany in 2015 – which essentially saw the nation limit its nuclear activities in return for sanctions relief. 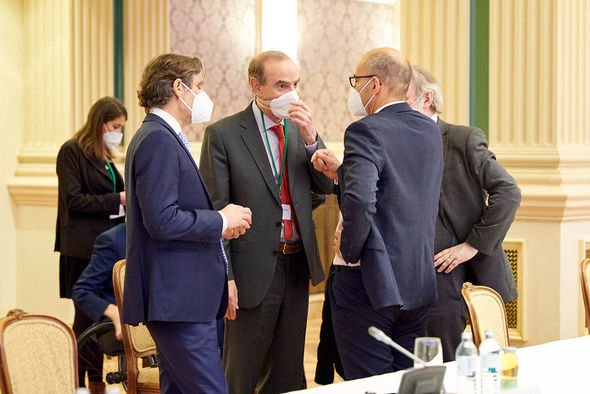 The ongoing talks are predominantly focused on three main issues: 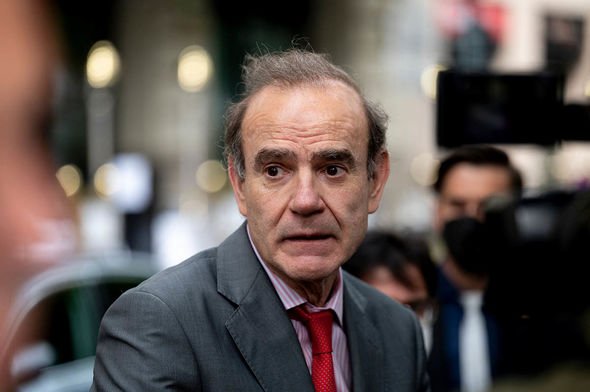 German Foreign Minister Heiko Maas said there had been “concrete results”, but refused to detail more.

He did, however, say the negotiations had given him hope for a resolution soon.

Mr Maas told reporters: “I cannot predict how it will end up, because ultimately the results of the negotiations will be assessed again in the respective capitals and then approved, or not.

“But our goal is to achieve a result in the negotiations in the next two weeks and thus create the conditions for the U.S. to return to this agreement.”

The United States has not been directly involved in talks, but does have a delegation in Vienna and representatives from other countries who have been shuttling between it and Iran. 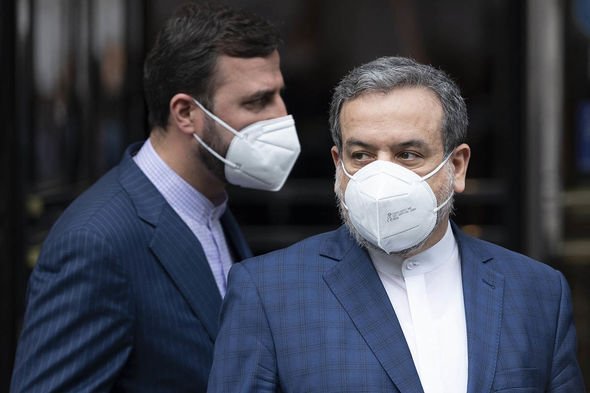 US leader Joe Biden announced his intention to rejoin the deal earlier this year.

However, he said Iran also needs to return with full compliance.

The ongoing Vienna talks have been focusing on how to ensure Iran’s compliance as well as discussing which sanctions the US will remove and when.

Mr Mass added: “There is a fundamental willingness (from Washington), but, of course, it depends, in turn, on Iran complying with the commitments it is clearly violating.”

“And that is a very arduous process.”

The countries are under time pressure to try to agree a new deal before Iran’s June presidential election.

Many experts believe the presidential election could negatively impact the ongoing discussions and any potential agreement.

What is the Iran nuclear deal?

The 2015 nuclear deal, known as the Joint Comprehensive Plan of Action, was signed by Iran and several world powers.

The agreement placed significant restrictions on Iran’s nuclear programme in exchange for relief.

The specific commitments include requiring Iran’s uranium stockpile to be reduced by 98 percent to 300kg for 15 years, and a redesign of the country’s Arak reactor so it cannot be used to produce any weapons-grade plutonium.

Iran is also not permitted to build additional heavy-water reactors or accumulate any excess heavy water until 2031.

The nation also agreed to implement the Additional Protocol to their IAEA Safeguards Agreement, which allows inspectors to access any site anywhere in the country they deem suspicious.