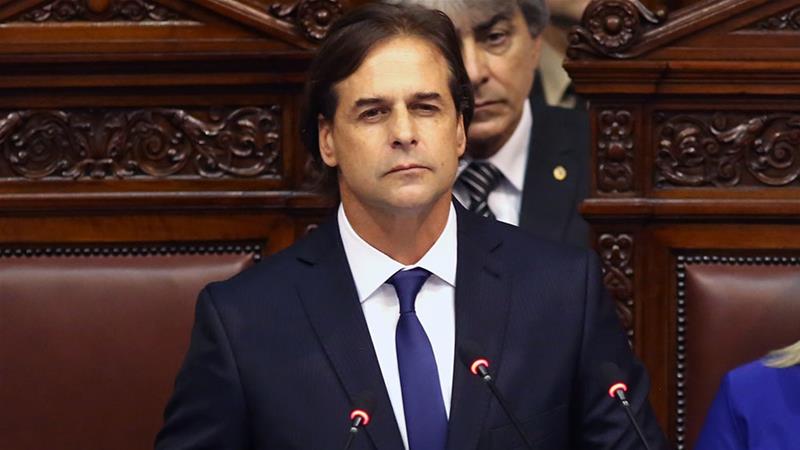 Montevideo, Uruguay – After 15 years of left-wing leadership under the Broad Front coalition, Uruguay has ushered in a conservative government.

The centre-right National Party’s Luis Lacalle Pou was inaugurated on Sunday after winning by a runoff election in November against the Broad Front’s Daniel Martinez by about 37,000 votes.

While the Broad Front presided over one of the longest economic growth cycles in the country’s history, growth stalled in recent years.

The sluggish economy, combined with a high cost of living and an increasing homicide rate contributed to Uruguayans’ swerve to the right, analysts say.

The number of homicides increased by 46 percent in 2018. While the country’s official rate of 11.8 percent per 100,000 was relatively low compared with other countries in the region, “for Uruguayan standards, it’s high and many voters believed tougher measures were in order to stop gang and drug-related crimes from spreading,” said political analyst Oscar Bottinelli.

Uruguay has also become one of the most expensive countries in Latin America to live. 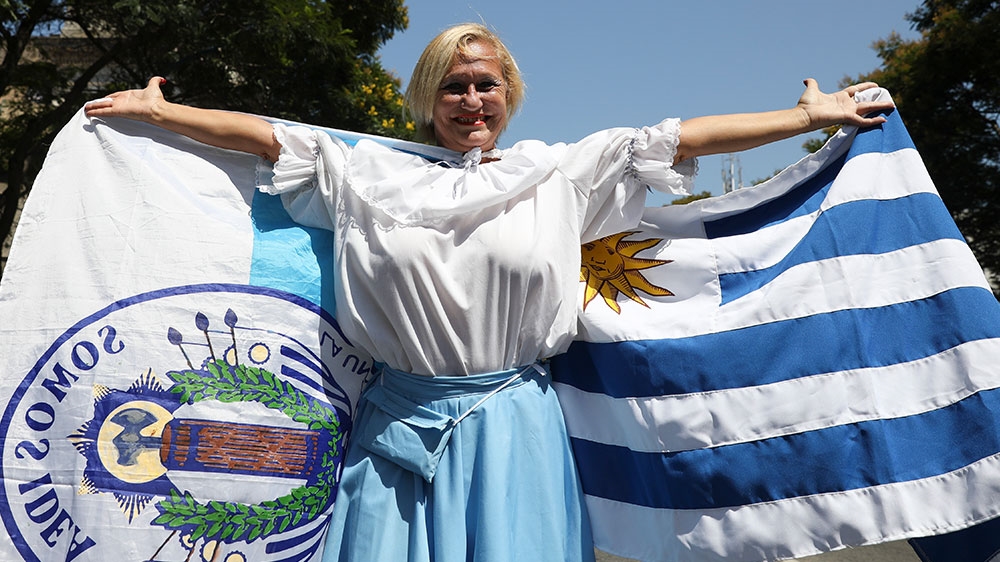 Pou, a 46-year old lawyer and son of former president Luis Alberto Lacalle (1990-1995), has the support of five centre-right parties, including his National Party, as well as a majority in Congress.

His coalition wants to cut government spending and liberalise the energy sector, in order to tackle the country’s fiscal deficit.

Last year, the deficit increased to 4.8 percent of the gross domestic product, making it the highest deficit in 30 years.

“Pou plans to make most changes during his first year as president and has included them all in a 400-article bill,” said political analyst Daniel Chasquetti.

But his proposals, without angering trade unions, middle-class Uruguayans and the opposition, may prove to be an uphill battle.

“Almost half of the country still supports the Broad Front,” he told Al Jazeera.

Nestled between Argentina and Brazil, Uruguay is known as the “Switzerland of South America” – partly because of its banking secrecy rules, which were recently scrapped by Congress, but mostly because of its stability.

Uruguay was one of the only South American countries that did not experience social unrest last year.

“That is our biggest and perhaps most precious asset – what makes a tiny agricultural country like ours appealing,” Munyo told Al Jazeera.

In recent years, the region has experienced a number of political shifts, including Mexico, Argentina and Brazil.

“Uruguayans voted for Pou because they wanted a change, but don’t expect anything radical – this is a country with a low tolerance for extremists,” says Bottinelli. 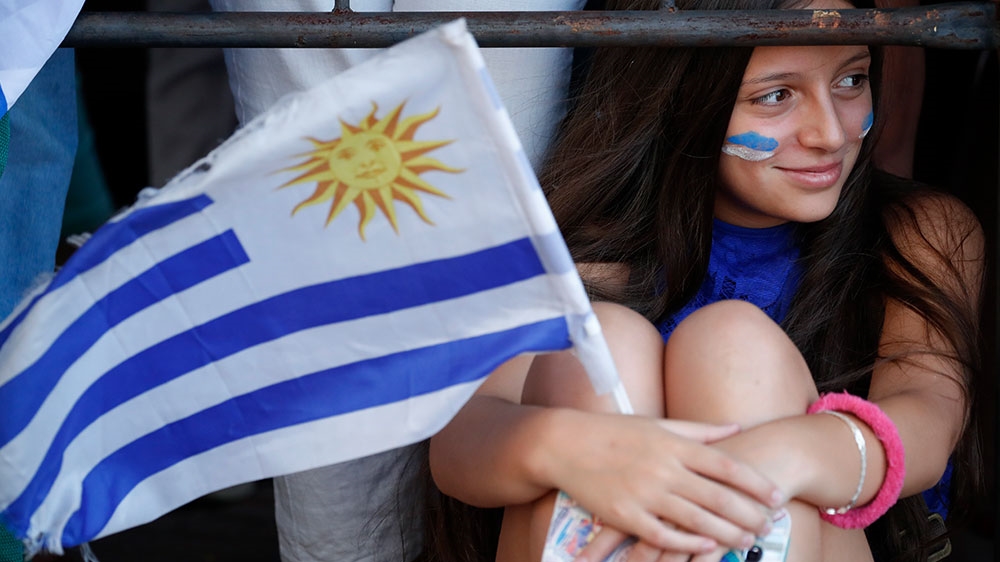 When Brazil’s far-right President Jair Bolsonaro openly rooted for Pou during the campaign, saying he hoped someone “closer” to his team would win Uruguay’s presidential elections, Pou sought to distance himself from the Brazilian leader. He appeared to side with the ruling Broad Front by questioning Brazil’s interference in Uruguayan politics.

“I don’t think it’s a good idea for rulers to influence what happens in another country,” Pou said at the time.

Part of Pou’s plan to inject money into Uruguay’s economy involves easing up regulations, to attract tens of thousands of wealthy and qualified immigrants – mostly from the region. With almost 3.5 million inhabitants, Uruguay is one of the smallest nations by population in South America – hardly an attractive market, compared with Brazil’s 200 million consumers or Argentina’s 44 million.

“We have already been singled out as a peaceful haven – the idea is to take the lead of countries, like Portugal, and make it more appealing to those seeking a better quality of life,” said German Cardoso, the newly sworn-in minister of tourism.

Uruguay has free healthcare and education, and is known for its progressive laws on abortion and same-sex marriage.

In 2013, it was the first in the world to legalise the production and distribution of cannabis.

“But equally important is the fact that we defend human rights, value private property, and respect both our institutions and contracts – no matter which way the government changes”, Cardoso told Al Jazeera.