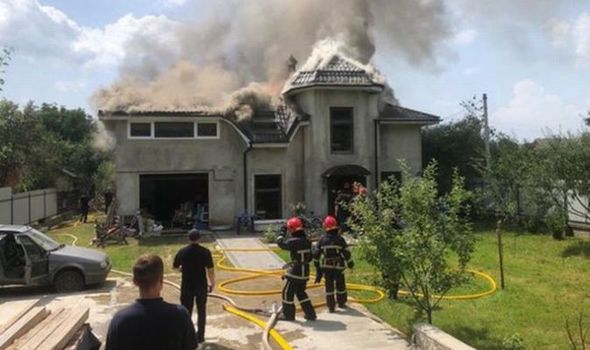 The light aircraft crashed directly into the roof of a private villa in Prykarpattia in western Ukraine at around 1.40pm local time. Ten firefighters were called to the scene, and reportedly had the lethal blaze under control by 1.58pm.

Firefighters scrambled to the scene to save people from the huge fire that broke out as a result of the crash.

But at least four people are believed to have died.

The State Emergency Service of Ukraine said in a statement: “On July 28, at about 1:40 p.m., a light-powered sports plane crashed into a private house near the village of Sheparivtsi, Kolomyia district, with subsequent burning, killing four people.”