The UK will see low temperatures across the next few days with the Scottish Highlands likely seeing snowfall. Rain is expected across the country with brisk winds making it feel very cold and frosty. Express.co.uk speaks to the Met Office about how the 2019/2020 winter compared to others in terms of frost.

This week, the Met Office has predicted showers to hit parts of the UK throughout the week.

On Wednesday evening and overnight, showers will hit in the far northwest and it will be otherwise another chilly night for northern parts with frost and some fog.

Further south it will be mostly cloudy with some patchy rain, perhaps becoming more persistent in the southwest later.

On Thursday, rain is likely in the far south with brisk northeasterly winds making it feel cold.

This will slowly clear eastwards with some late brightness and further north it will be another showery day. 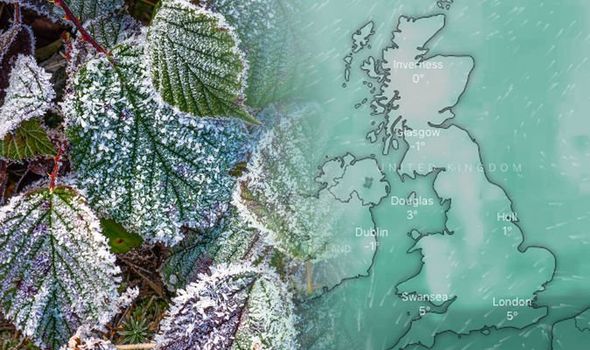 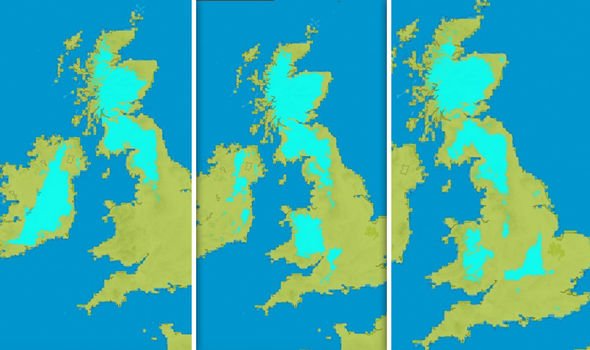 Over the weekend, the weather forecaster has predicted an early frost to hit on Friday.

Later sunny spells will arrive and any showers will be confined to the west.

The Met Office also forecast the weather to become windier over the weekend with rain falling, the heaviest of which will be in the west.

After these spells of wind and rain, blustery showers will follow. 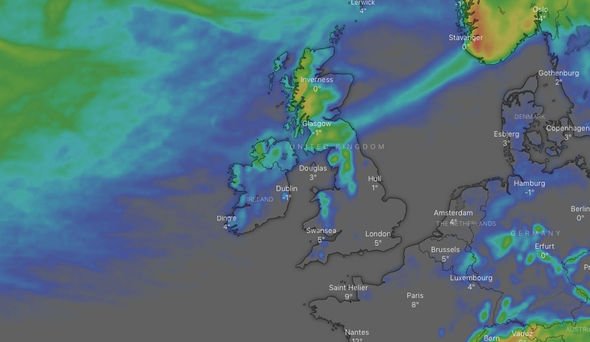 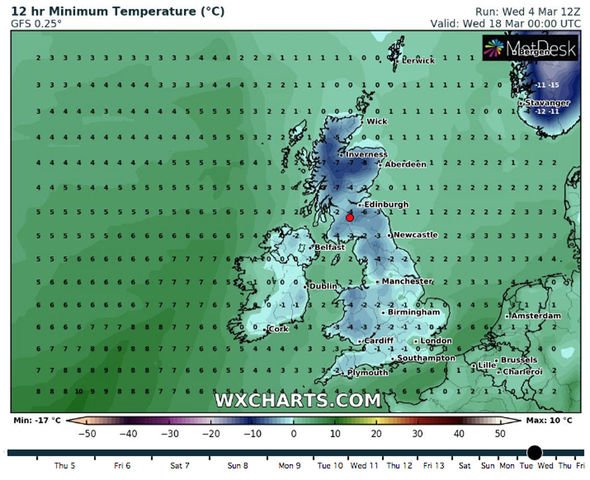 With the arrival of March, the 2019/2020 winter season has officially concluded.

The Met Office marked the conclusion of the winter season, announcing the 2019/2020 season was the UK’s third least frosty winter on record.

In total seven locations across Britain did not see temperatures fall below freezing throughout the entire winter period.

This makes it the third least amount of frost since records began in 1960.

By comparison the average number of frosty days during a British winter is 34.4 days.

The most common type of frost, called hoar frost, which occurs on clear winter nights when the temperature of a surface falls below zero and there is enough moisture in the air to form the frost. 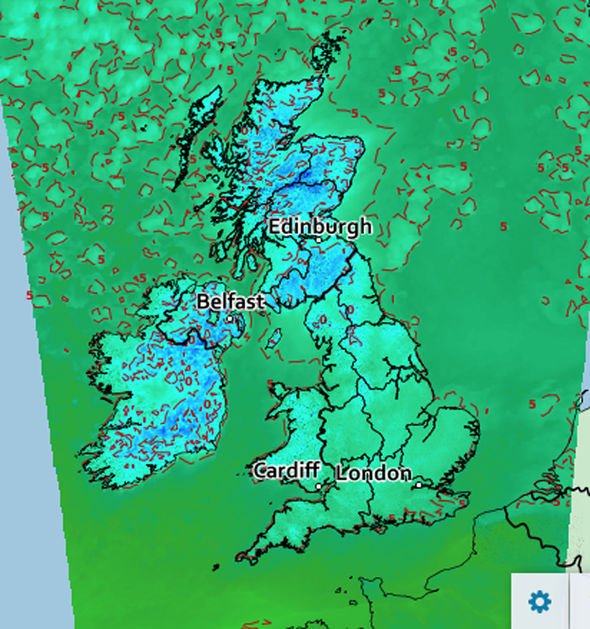 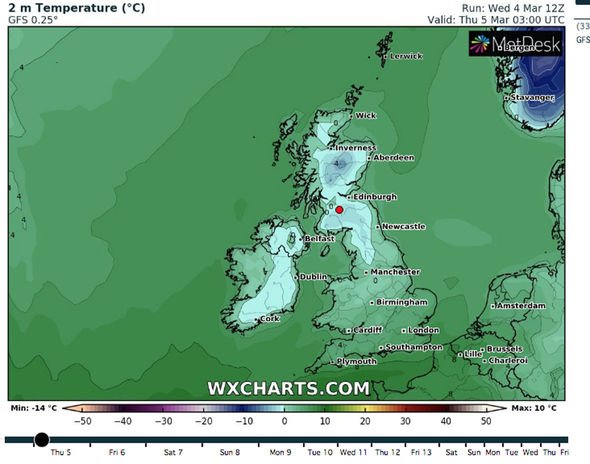 Generally when the air temperature is forecast to fall between 0C and 4C on a night with little or no cloud and light winds, then you need to bear in mind there may be a frost outside in the morning.

The closer it is to zero, the greater the chance of seeing frost.

If the air temperature is forecast to be below zero, then the risk of seeing frost is much higher.

The highest amount of frost days occurred in the UK over the winter of 1962/1963 when the country was hit with a massive 71.4 days of frost.

The winter 2019/2020 however has been milder than is typical, making it the third least frosty on record.