The Met Office has placed yellow flood warnings across the North-West of Scotland. The warnings are in place from Monday to Wednesday, and are concerning the heavy and persistent rainfall expected. The highlands will expect to see 2-4mm of rainfall an hour.

Along with the downpour there’s expected heavy winds from the Arctic Ocean.

Speeds of up to 25mph come from the south to Mallaig and Portree.

Temperatures are expected to drop with the harsh conditions.

Elsewhere in the UK though consistent temperatures and drier days are expected. 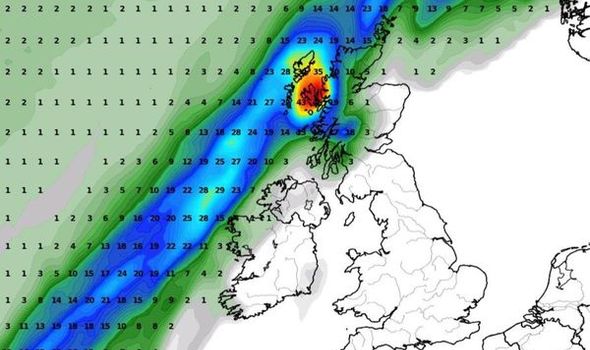 Highs of 12C are expected across the country from the south coast to the North-East of Scotland.

Monday is due to be mostly clear with chilly spells early in the morning.

It’s expected to be mostly the same throughout the following days, with some cloud rolling in.

Flood warnings in the south are still in place, according to The Environment Agency. 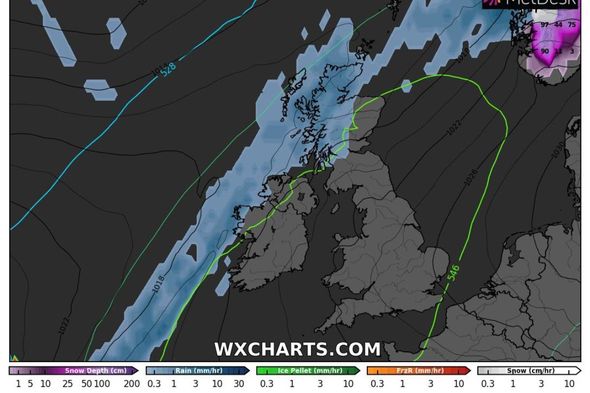 43 Flood Alerts are in place, stretching along the south coast from Kent to Devon.

And four warnings are in place, with two in the Bourne Valley.

These are existing groundwater issues, and the government body has confirmed that water levels are falling and are being monitored. 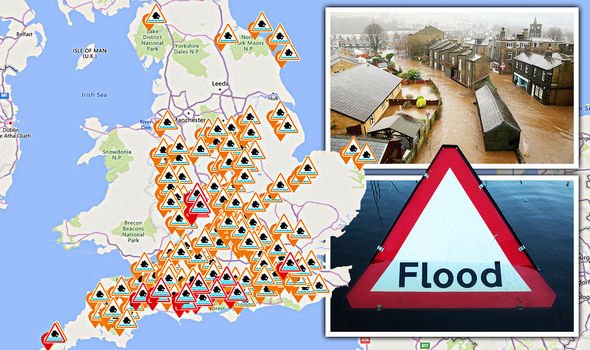 He said: “A cold and frosty start for many on Monday – which will turn out into another mostly dry day with plenty of sunshine across England and Wales, though turning hazy across the north and west.

“However, there will be more in the way of thicker cloud for Northern Ireland, northern and western Scotland – with spells of rain affecting the far northwest of Scotland and the Northern Isles.

“A strong wind in the far northwest too, with gales developing. 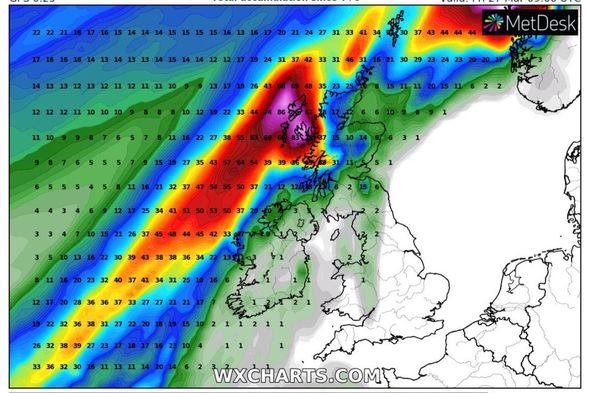 He added more rain will fall on Tuesday.

Mr Finnis said: “Tuesday is pretty much a repeat of Monday for England and Wales, another cold and frosty start for many leading into another fine day with plenty of sunshine on offer.

“Windy in the far northwest too, further south the flow switching to come from a southerly direction, so a little bit milder across England and Wales, reaching 11-13C, across Scotland and Northern Ireland 9-11C.”