New weather charts warn strong northerly winds bringing frequent showers of hail and snow will slam into Britain, with lower temperatures across much of the UK. Temperatures in northern England will drop to as low as -6C, new charts indicate, with even colder conditions throughout next week in Scotland.

WXCharts’ six-hour minimum temperatures charts shows temperatures will plummet to as low as -6 in Scotland and -2 in most parts of England by the early hours of Wednesday, April 7.

The cold snap will begin this weekend, hitting many people’s hopes for an al-fresco Easter lunch.

Heavy snow warnings are in place for parts of northern Scotland, but forecasters have said nowhere in the country will be “immune” from snowfall by Monday as temperatures continue to drop.

Charts reveal temperatures will be as low as 0C tomorrow morning with Met Office yellow warnings for snow in place from 6pm on Sunday until midnight on Monday. 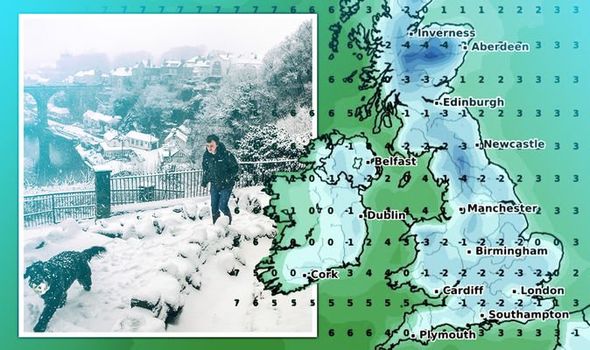 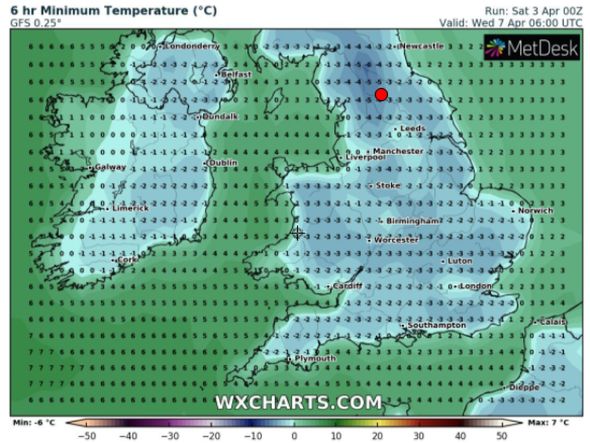 Despite the chilly weather, the public has been urged to respect the rules and only meet friends and family outdoors now that restrictions have started to ease.

Plans are likely to have to change in Fife, Strathclyde and the Highlands, which are due to see gale-force winds and snow showers as the country enters an “Arctic trough”.

WX Charts show temperatures will be as low as 0C across the UK tomorrow.

By Easter Monday morning, there could be as much as 15cm of snow in higher areas with temperatures falling to as low as -5C in parts of northern England and -7 in the Scottish Highlands. 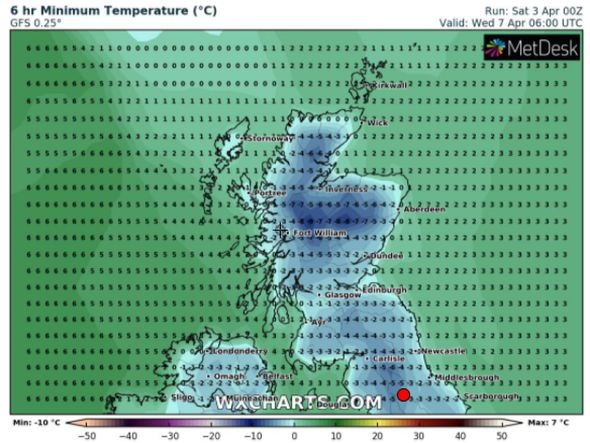 On Tuesday, the Mercury will be as low as -3 across England, -4 across parts of North Wales and -7 in parts of northern Scotland.

Craig Snell, forecaster for the Met Office, added: “After a taste of summer for a lot of the UK, we will see things turn much colder as we go through the second half of the Easter weekend.

“A lot of the UK will be prone to seeing some wintry showers as we go through the course of Monday but northern Scotland is where we’ll see the heaviest and most frequent snow.

“That’s where there’s most concern that we might see some disruption.” 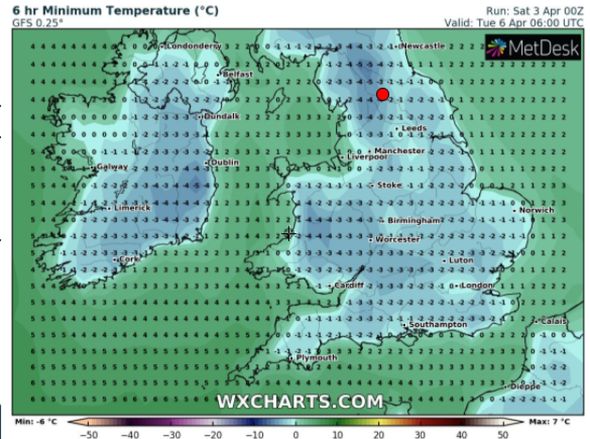 The Met Office forecaster said although it was not unusual to see snow at this time of year, it would be a “shock to the system” for many, following balmy temperatures felt earlier in the week.

He stressed: “Nowhere is going to be immune from potentially seeing some snow showers on Monday, even down towards the south west of England.”

But he said it was unlikely that the snow would settle. 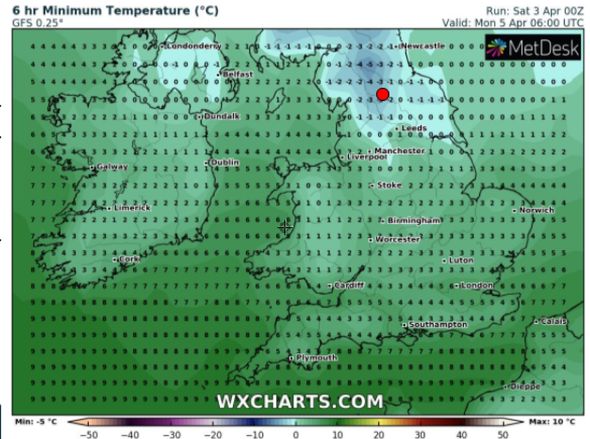 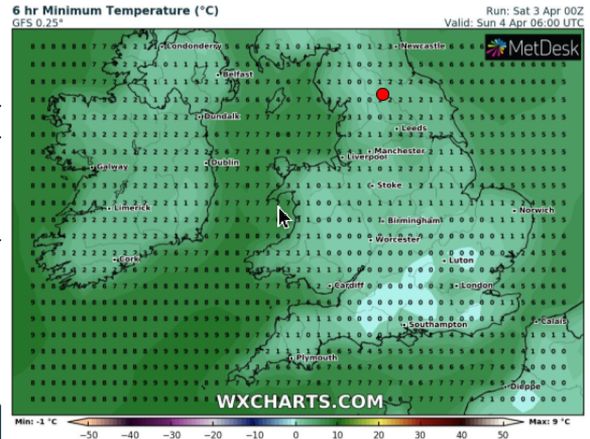 “The snow showers will predominantly affect the north and west of the UK.

“The south and east will likely remain drier but still cold with a lower chance of wintry showers.”

The figure fell just shy of the nation’s hottest ever March temperature of 25.6C (78F), which was recorded in 1968 at Mepal in Cambridgeshire.