The north of England will experience the coldest of temperatures, while the south will reach temperatures of 11 toward the weekend. The Met has said snow will predominately affect the north from mid to late morning.

The main area for lying snow on Thursday morning will be inland Highland across to western Grampian.

Other areas of northern Britain could have seen a slight covering overnight, mainly over the hills.

Thursday will be a cooler day as one of the low centres moves southwards and brings rain, strengthening winds and a little hill snow.

Strong gusts of wind will also make conditions treacherous, and rain will continue to fall. 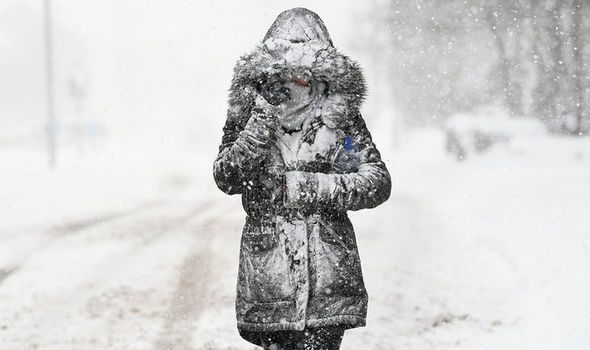 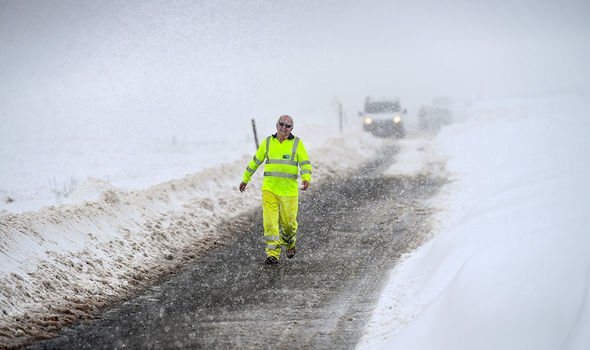 Northern Ireland will experience a light dusting of snow.

Friday night will see the coldest temperatures in Scotland, as the mercury plummets to -5c

In the north of England, it will drop below zero, while down in the south showers will move in from Wales.

Although the south will begin to see spring weather toward the weekend, with highs of ten on Friday and 12 on Saturday. 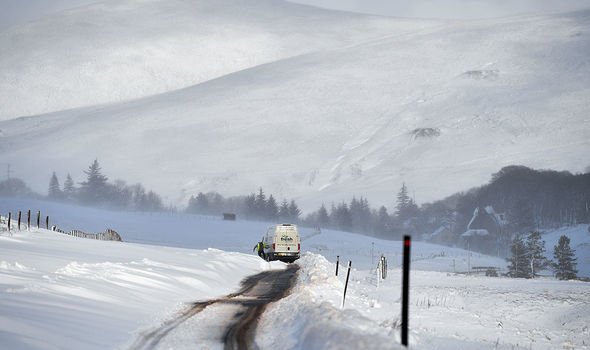 Temperatures in the north will also get balmier over the weekend with highs of a lesser six and seven.

The coldest spots named by the Met Office will be Norwich, Manchester and Newcastle.

The Met Office said in a statement: “There’s definitely going to be quite a different feel in the weather over the next couple of days.

“Anywhere that’s 150m above sea level is likely to see about 2cm of snow on Wednesday night into Thursday.

DONT MISS:
Met Office snow warnings: UK facing barrage of snow and ice TODAY [INSIGHT]
Long range forecast: When will it warm up this spring? Will it snow? [ANALYSIS]
London snow: Could London see another Beast from the East? [OPINION] 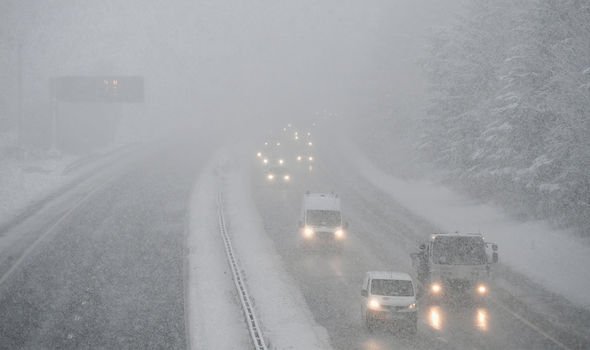 “As we go through the week the winds will change and we’ll get that cold feel.

“Every night this week we could get a couple [of places] dipping below freezing.”

Last night 90mm of rainfall hit Wales, and the rain is expected to continue until 10 this morning. 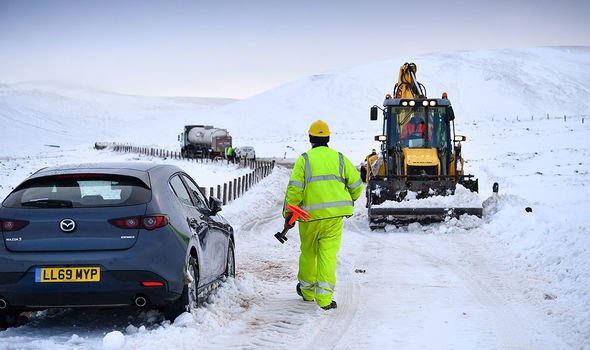 The Met Office has warned that there could be “danger to life” as some communities will be cut off by flooding.

Flood warnings have been issued by The Environment Agency, who have in place 180 different alerts.

February has already brought chaos to Wales with towns including Builth Wells and Newtown worst affected.