New weather charts and forecasts predict up to 3.6 inches (92mm) of rain will fall across parts of southern England between today and Wednesday, May 12. WXCharts’ Total Accumulated Precipitation charts forecast up to 92mm in Hampshire and Berkshire, 87mm in the South East and 68mm in parts of Wales.

Elsewhere, 53mm could fall across parts of the South West of England, 43mm in the North West and 34mm in North East England.

Waves of rain will roll across Britain repeatedly over the next two weeks.

The charts also show large parts of the South of England being hit with 3mm of rain on Saturday, May 8. 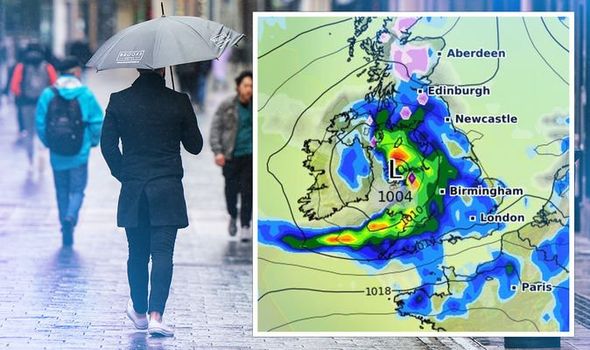 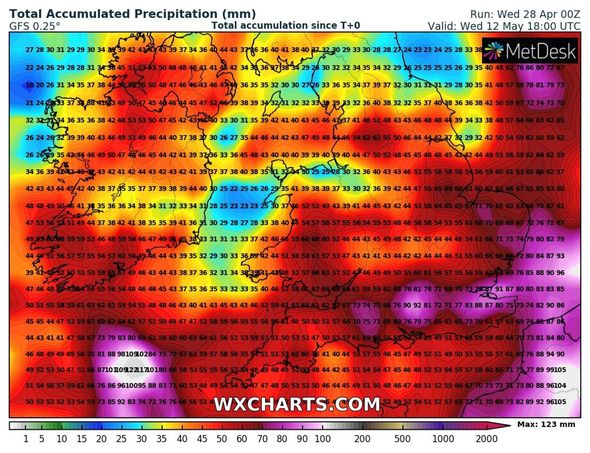 The Met Office long-range weather forecast said there will be showery conditions with temperatures well below average over the next two weeks.

It added: “Each day, showers will develop fairly widely but most areas will also see some decent sunny spells.”

Forecasters say in the second half of the next fortnight, there will be a transition to more “persistent rain and stronger winds at times.”

Meanwhile, over the Bank Holiday weekend between Saturday, May 1 and Monday, May 3, there will be a “cold and showery pattern”. 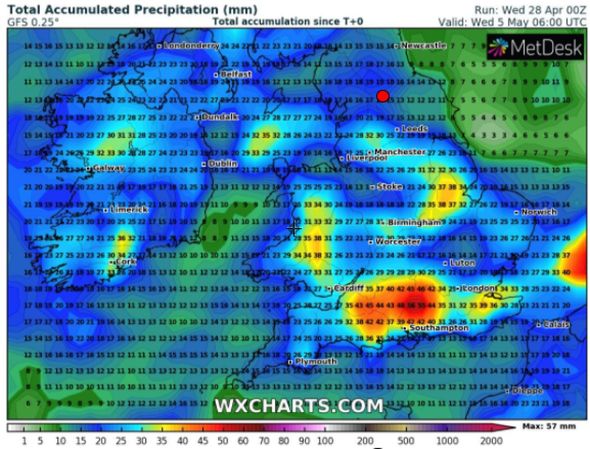 The Met Office said the pattern has the chance to bring “a mixture of sunshine, showers, and a cold east to the northeasterly wind”.

They added: “Showers will be most frequent in the north and east, but could become quite widespread overland during the day. Some wintriness is probable over high ground of Scotland.”

Annie Shuttleworth, a meteorologist at the Met Office, said: “You could get some rain over the next couple of days.

“It has been a very dry April, with quite a few areas of the UK seeing quite a small margin of their average April rainfall.” 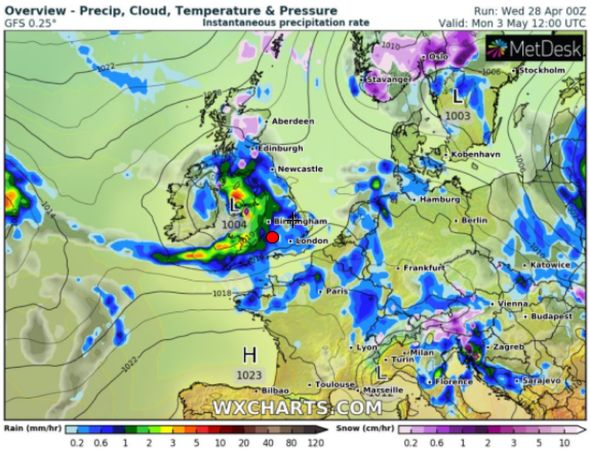 It comes as April 2021 is on track to be the frostiest in the UK for 60 years as continuing clear skies keep temperatures low overnight.

An average of 13 days of air frosts have already been reported across the country, topping the 11 days seen in April 1970, according to provisional figures from the Met Office.

Across the four nations, England has reported 12 days of frost and Wales 11 days.

Scotland has reported 16 days, making it the frostiest April since records began in 1960.

Northern Ireland has currently seen eight days of frost, not yet exceeding its current record of 11 days set in April 1983.