Unstable atmospheric conditions threaten heavy rain and wind through the start of the “coldest week of autumn so far”. 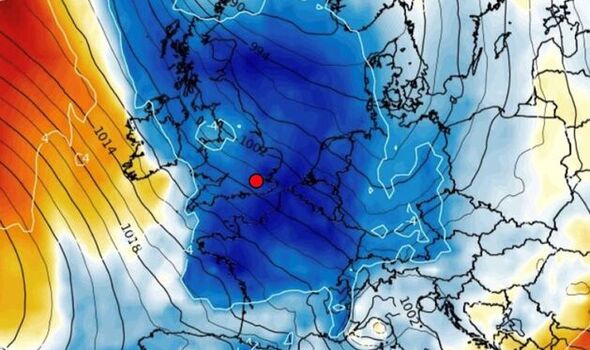 Temperatures will nosedive through the coming days as the Highlands of Scotland brace for snow.

Even southern Britain could see a touch of frost, although a nationwide divide will bring the coldest, most unsettled weather to the northeast, forecasters warn.

Jim Dale, meteorologist for British Weather Services, said: “The northeast will always be wetter and windier, being closer to low pressure, but the whole country will turn colder over the next week.

“It is going to be a battleground between air masses, with cold air coming in from the north and warmer air under the sun already in situ, this will bring some instability in the atmosphere.

“At the start of the week, there will be the risk of thundery, windy downpours.”

Low pressure to the east of the UK and high pressure in the Atlantic, fuelled by the remains of Post-Tropical Cyclone Fiona, will drive the cold snap. 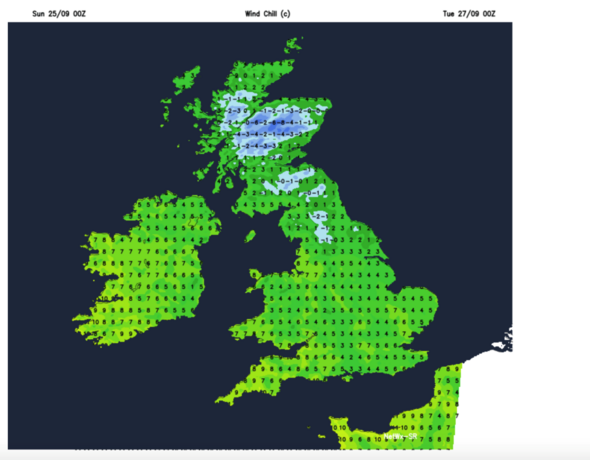 The coldest part of the snap will hit mid-week although below-average temperatures will hold out until the weekend.

Mr Dale, author of Weather Or Not? said: “Wednesday looks like being the coldest day of the week.

“Low pressure to the east of the UK will work with that high pressure in the Atlantic to feed cold air down from the north.

“Temperatures will be down to single figures during the day and overnight there will be parts of the country that dip to freezing, and in the wind, it will feel even colder.

“Frost will be a risk through the week and over higher ground in the north there will be some snow.” 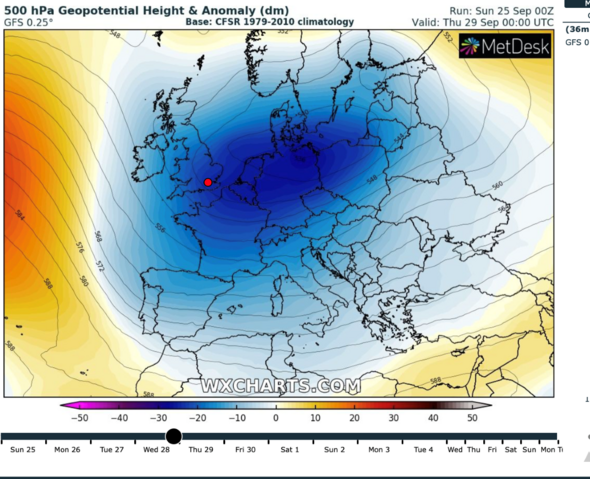 Further south it will feel close to freezing, although “actual” air temperatures will hover in low single figures.

Met Office meteorologist Aidan McGivern said: “Widely across the UK, temperatures will be below average into Monday and Tuesday.

“A northerly wind will bring showers to most parts of the UK and some sleet and snow over the tops of the Scottish mountains.

“It will be feeling cold with overnight temperatures low and daytime temperatures supressed in the northerly wind.”

Exacta Weather forecaster James Madden added: “The end of September is now likely to see low pressure taking charge and this will bring a marked change to more autumnal weather with wind and rain on the cards for many.”

However, early signals show the cold snap will give way to a last burst of milder weather during the start of October, he said. 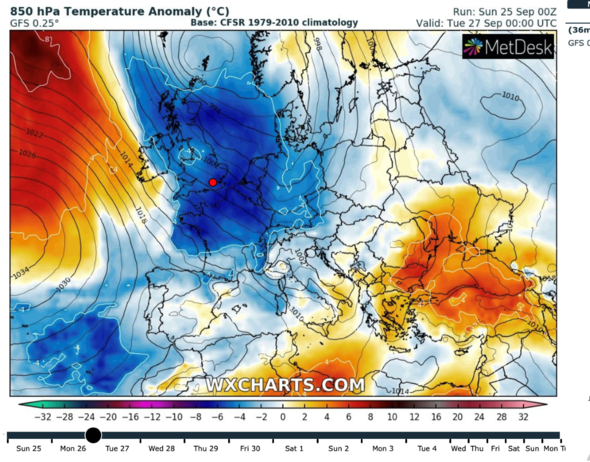 He added: “During the start of October, there are signs of a decent spell of warmer weather once again.”

Mr Dale agreed: “There are signs of better weather returning on the back of this cold spell.”

The chilly outlook has prompted Coral to slash the White Christmas odds early with the bookmaker now offering 4-5 from 2-1.

Spokesman John Hill said: “We are less than 100 days away from Christmas now, and with temperatures set to fall rapidly over the upcoming days, the early odds suggest we could be set for a White Christmas this year.

“Next month could be a chilly one in the UK. Not only have we cut the odds on it ending as the coldest on record, but we are not ruling out snowfall.”