Heavy snow and ice has covered the UK this week and bitterly cold weather has gripped the country. Temperatures plummeted to record low levels in some areas. The Met Office announced an overnight temperature of -23C recorded in Scotland this week is the lowest in more than 25 years.

According to the latest weather forecast maps, further snow could be in store for parts of the UK this weekend.

Additionally, some of this snow could fall on areas already saturated with heavy snowfall this week.

On Saturday, maps indicate snow depth in Scotland could reach up to 15 inches (39cm). 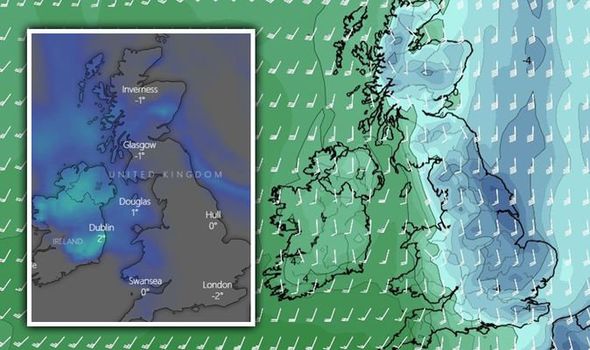 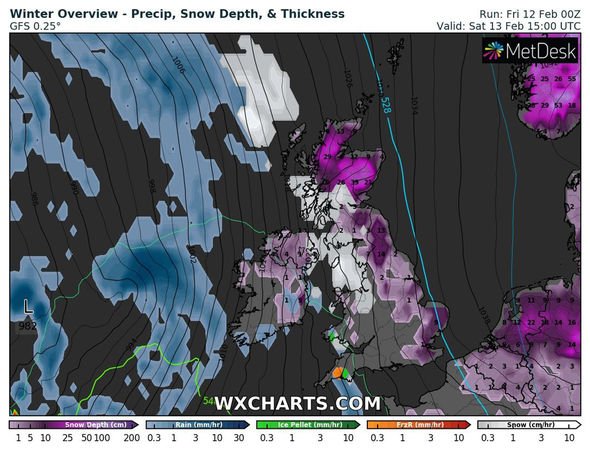 The Met Office forecast Saturday will be dry for many parts of the UK.

However, “outbreaks of snow” are expected to develop over Northern Ireland during Saturday morning.

These outbreaks of snow are then expected to “spread into southwest England, Wales and western Scotland” later in the day.

With further snow expected over the weekend, the Met Office has issued several weather warnings for Saturday. 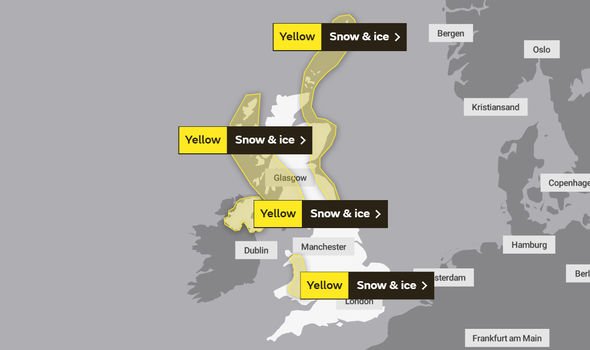 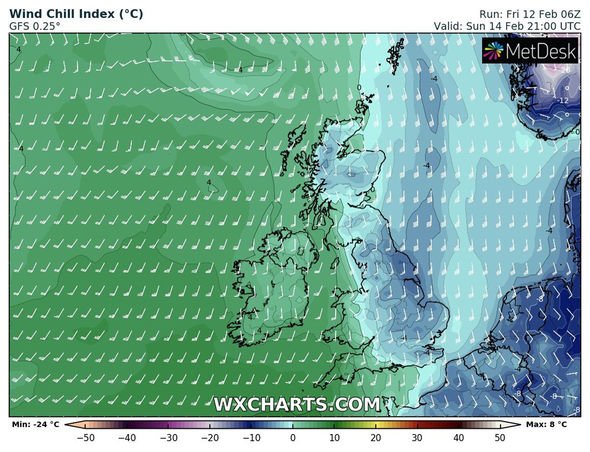 Swathes of western Scotland, Wales and most of Northern Ireland are under a yellow snow and ice warning for the duration of Saturday.

The Met Office warns 15cm, or approximately six inches, of snow could fall in some areas under warning.

The Met Office warning reads: “A band of snow is likely to arrive into Northern Ireland during the early hours of Saturday with snow continuing here though the day.

“One to 4cm of snow is possible widely with 5 to 10cm, perhaps up to 15cm over high ground. 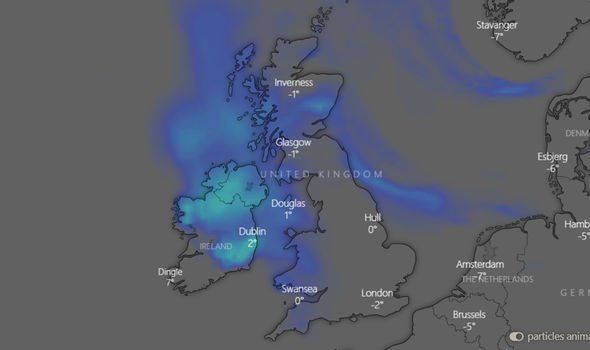 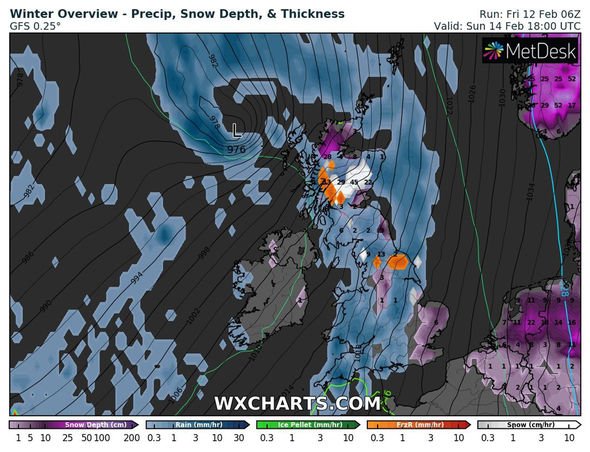 “Whilst there remains a chance of heavy snow for parts of Wales and western Scotland it is more uncertain whether there will be sufficient snow to cause any disruption in these areas.

“Strong southeasterly winds across the warning area may lead to drifting and blizzard conditions over hills.”

Parts of northern and eastern Scotland are also under a yellow snow and ice warning until 12pm on Saturday.

Forecasts suggest further snow could affect some regions on Sunday too.

The Met Office forecast a windy day with the potential for rain and “hill snow” which will spread eastward on Sunday.

There is also the possibility of “freezing rain” across central and eastern areas of the UK.

However the South West, parts of Wales and several areas in Scotland are also predicted to see heavy snowfall accumulations.

In a change from recent days, eastern England and the South East is not forecast to see significant snowfall over the coming days.

A similar picture is also forecast for northern England this weekend.