Wintry conditions have battered the UK this week, prompting temperatures to plunge to lows of -17C in Scotland and the north of England and seeing snow touch most corners of Britain. The snowy conditions are set to sweep across the UK again later this month, with snowfall and plunging temperatures forecast from Saturday, February 20. Weather charts show much of the UK will be hit by the weather front, which will bring up to 11inches (28cm) of snow to Cumbria, Durham and North Yorkshire.

Netweather’s snow risk chart shows snow is set to move in from the West from the morning of February 20.

The chart show snow is forecast across Wales from 9am, before moving further north.

By 9pm, parts of northern England and Scotland are covered by a 75-100 percent snow risk – as indicated by the red and white areas of colour.

The snow risk remains confined to northern parts on Sunday, before moving further south on Monday.

A map, valid for 6pm, shows huge parts of Scotland, the north of England, Northern Ireland and the midlands covered by a high snow risk. 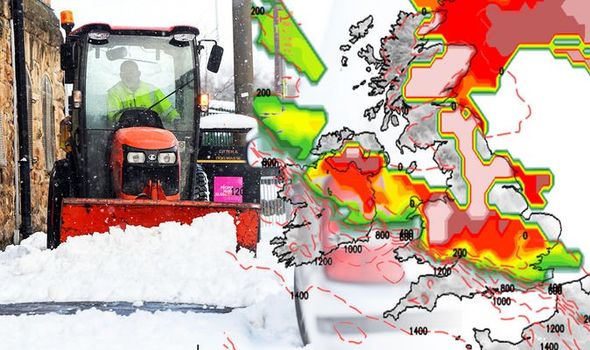 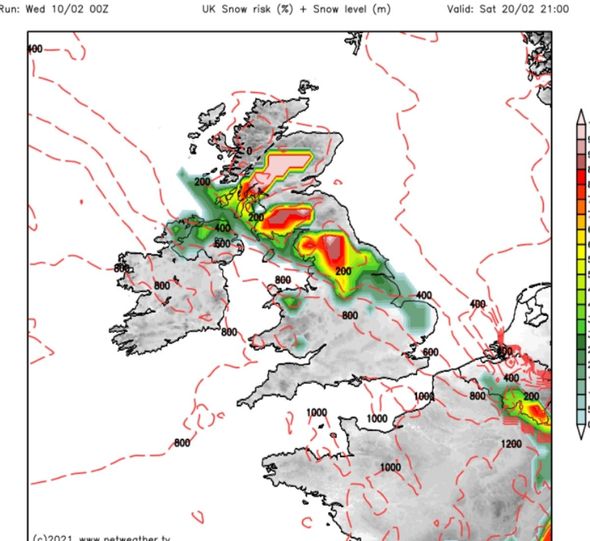 The chart changes only slightly on Tuesday, before the wintry conditions become much more widespread by Wednesday morning.

At 9am a chart shows huge swathes of the country turn red, indicating a high snow risk.

The worst affected areas include Wales, mid-England and Scotland.

From Thursday morning the snow risk moves north once more, before becoming confined to parts of Scotland by Friday the early hours of Friday morning. 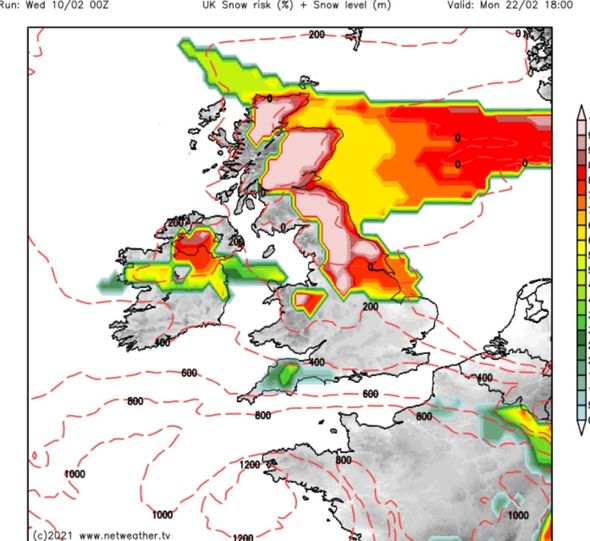 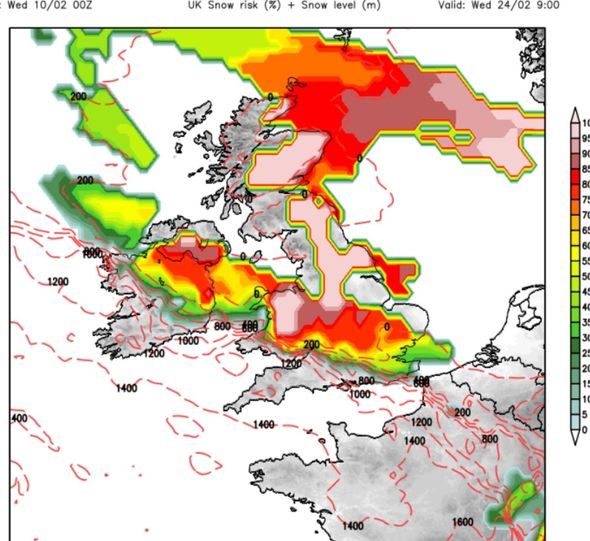 Snow depth maps by WXCharts show up to 4cm of snow is forecast across parts of northern England and Wales on the weekend of 20/21 February.

By Monday the snow begins to build, with 4.7inches (12cm) forecast in parts of Cumbria, Durham and Yorkshire.

The worst of the snow will come on Wednesday, as the chart turns largely white at 12pm.

Northern counties can now expect up to 8.6inches (22cm) of snow, while Wales is forecast up to 4.7inches (12cm) and swathes of the Midlands can expect as much as 4cm.

By 6am on Thursday, parts of Cumbria, Durham and Yorkshire can expect as much as 11inches (28cm) of snow. 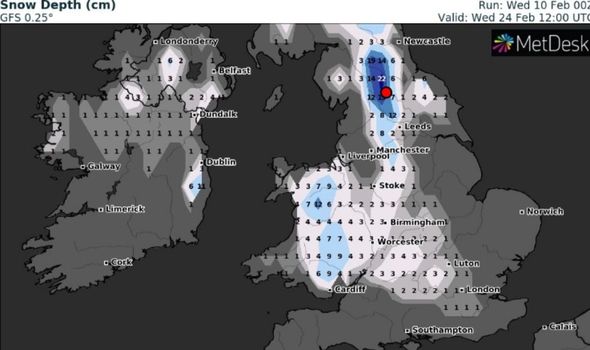 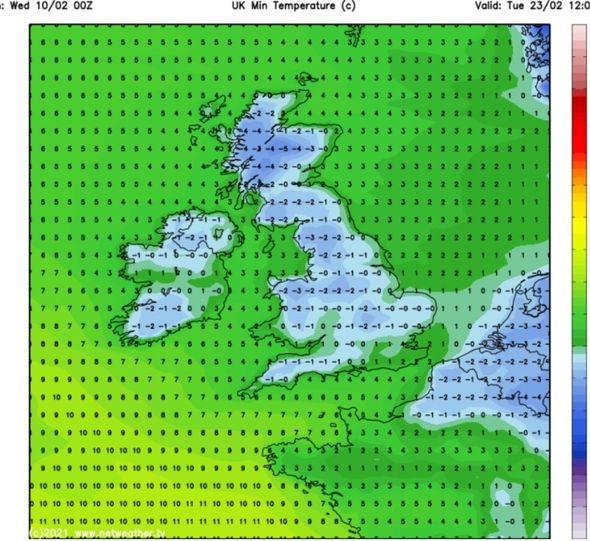 The snowy conditions are expected to coincide with another plunge in temperatures, with weather maps showing the mercury will struggle to rise above freezing on Tuesday, February 23.

The map, valid for midday on Tuesday, shows much of the UK turn an icy blue, with lows of -5C forecast in Scotland.

The Met Office’s weather forecast for later in the month reads: “Outbreaks of rain and snow, potentially heavy for some southwestern areas are possible, whilst staying mostly dry and bright in central and southeastern areas.

“Further into this period, snow and wintry hazards are likely to continue which could affect mainly northern areas and eastern areas, especially over higher ground but not confined to.” 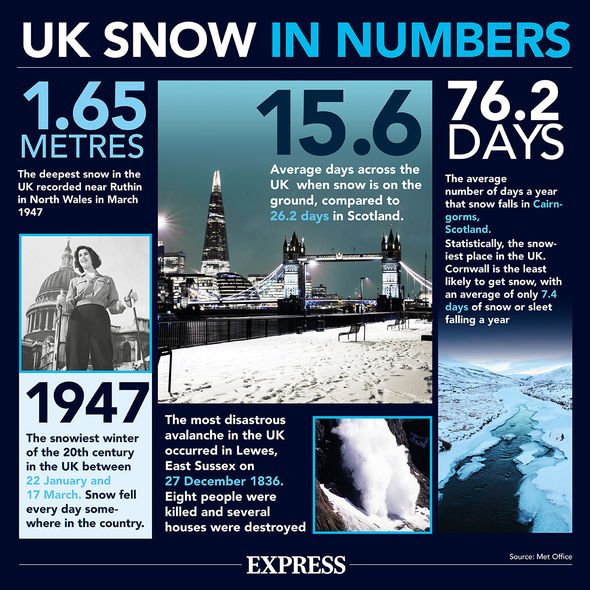 Netweather forecasters expect wintry showers to particularly affect the east at the end of the month.

They said: “A bitterly cold spell possible, with penetrating frost and some snow especially in East.”

They expect the end of the month to be characterised by unsettled conditions.