Britons are currently bracing for torrential rain and strong winds to lash many regions this week. This month could be one of the wettest Mays on record, potentially beating 1967, when 131.7mm of rain fell across the UK. But temperatures could soar later in the month, as the latest maps from Net Weather show highs of 20C hitting London and Kent on Thursday, May 27.

Further north, Nottingham may also bask in 20C on the same day, while Peterborough and Birmingham sees 19C.

The north east and west of England, including Scarborough and Cumbria, may be cooler at 14C.

The maps also turn shades of red in France, where temperatures could hit 24C in western regions.

The same temperature maps also show the red shades of hot air moving upwards from France and towards south-east England, on the same day. 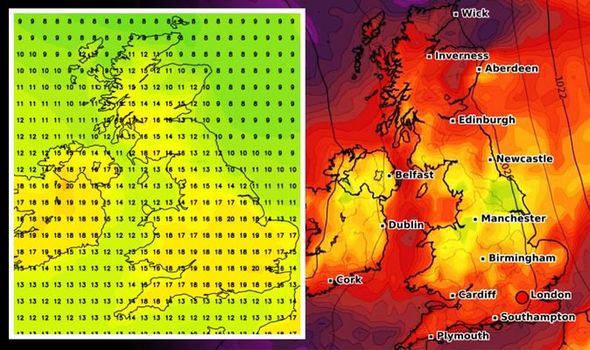 Brian Gaze at Weather Outlook added “very warm days are possible” between Satuday, May 15 and Monday, May 31.

He said: “Early on a drier and more settled spell may develop for several days.

“In the south it could become quite warm.” 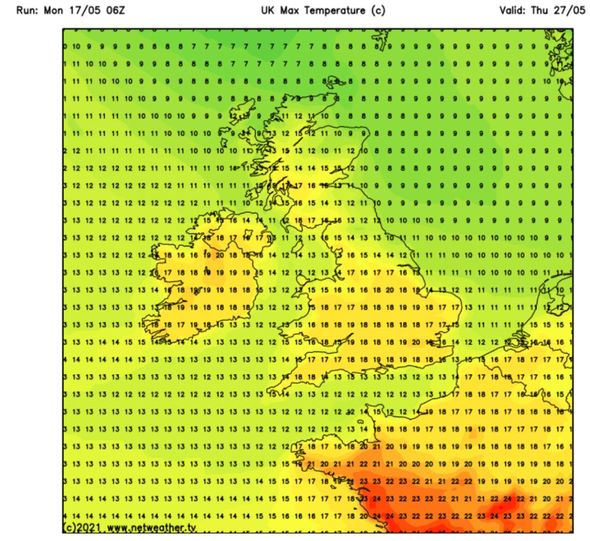 The Met Office also added “warmer days” were expected for the end of the month.

The long-range forecast between Monday, May 31, and Monday, Junw 14, said: “Confidence is low for this period, which is usual during spring and early summer.

“It is likely for conditions to remain changeable with showers at first, but probably also more settled at times with a higher likelihood of drier conditions for many places compared to recent weeks. 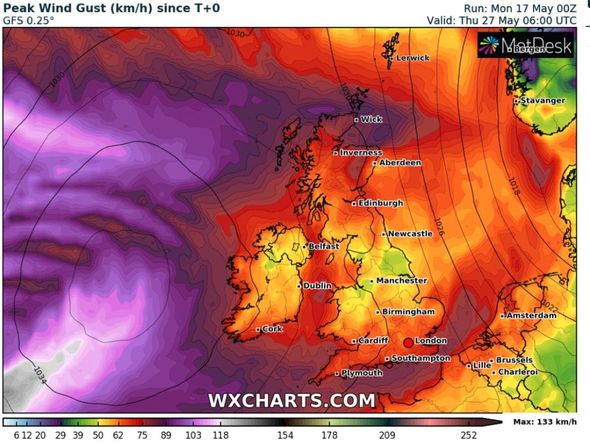 “Later on a transition back to more changeable weather is favoured.

“Rain amounts and temperatures become close to the norm for the second half of May.

“Therefore, some warm or even very warm days are possible.

“However, there isn’t a signal for more generally settled conditions.”

Net Weather’s monthly forecast also expected a “warmer interval” by the end of the month. 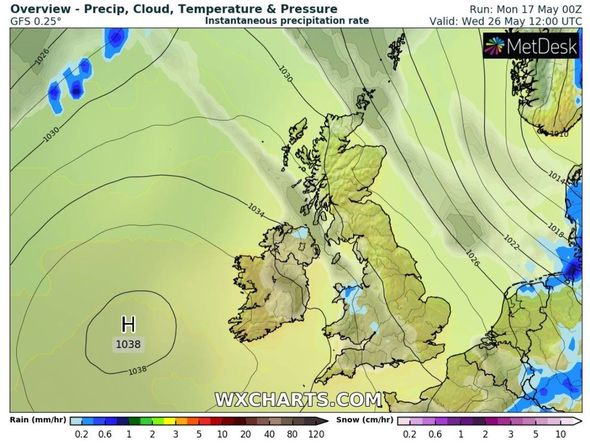 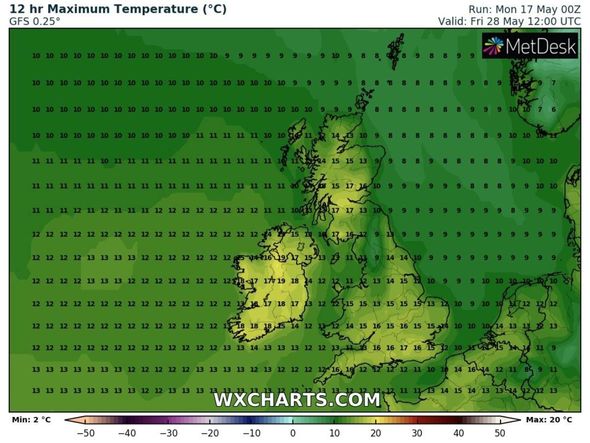 The forecast between Saturday, May 22, and Friday, May 28, said: “Remaining unsettled and on the cool side at first, but with probably a brief finer, warmer interval after the weekend.

“Showers some heavy with thunder may then return, particularly to the East and South.

“Another perhaps wetter than normal period but totals will vary, with the North West and West probably drier.”

However, Met Office forecaster, Sarah Kent, warned this week will first see thunderstorms and shower conditions before the heat arrives. 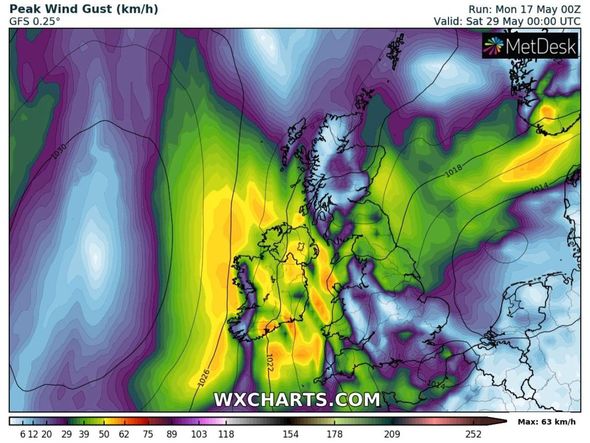 Ms Kent said: “Over the next few days, large parts of the UK will see showery conditions with occasional torrential downpours, thunderstorms and even hail.

“Drivers should be very careful as quite a bit of rainfall could lead to some problems on the roads.

“I’d say it’s going to be very unsettled, as some areas will see some sunshine, and be relatively warm, while it’ll be chilly for those who see torrential rain.”

Temperatures in London and southern England could reach highs of 17C this week, while the mercury in Wales, Scotland and northern Ireland hits 15C.