LONDON (Reuters) – Prime Minister Boris Johnson on Monday shut down social life in Britain and ordered the most vulnerable to isolate for 12 weeks, ramping up the battle against a coronavirus outbreak just as it accelerates towards it peak.

Johnson had faced a backlash after his government took a less stringent approach to tackling the virus than countries such as Italy, France and Spain which have effectively locked down much of Europe.

In a toughening of Britain’s approach to the outbreak, Johnson closed down any remaining social life in the world’s fifth largest economy and ordered those over 70 with underlying health problems to isolate for 12 weeks from this weekend.

“What we are announcing today is a very substantial change in the way that we want people to live their lives and I can’t remember anything like it in my life time,” Johnson, 55, said at a news conference in Number 10 Downing Street, flanked by the government’s top scientist and top doctor.

“I don’t think there’s really been anything like it in peacetime and we have to accept that it’s a very considerable psychological, behavioral change that we’re asking you, the public, the nation to do,” he said.

People should avoid pubs, clubs, restaurants, cinemas and theaters, the government said, though Johnson stopped short of ordering them to close. He said he hoped the venues would take a responsible approach. People should also avoid unnecessary travel and work from home where possible, he said.

He said this was particularly important in London as it appears to be “a few weeks ahead” of the rest of the country.

The hospitality industry criticized the move, saying that since they were not being compelled to close, businesses would not be able to claim on their insurance.

“This announcement will lead to thousands of businesses closing their doors for good, and hundreds of thousands of job losses,” UKHospitality Chief Executive Kate Nicholls said.

The Society of London Theaters said its member venues, which include London’s major West End theaters, would close from Monday night until further notice.

The limits on social contact could last for months or at least weeks, England’s Chief Medical Officer Chris Whitty said, adding that the next few weeks and months would be “extraordinarily difficult” for the health service.

Johnson said anyone with symptoms of the coronavirus should isolate along with their entire household for 14 days.

Sterling fell to its lowest against the U.S. dollar since October while Johnson was speaking, down two thirds of a cent on the day. This economic and financial crisis, though, is not like the 2008 financial crisis, Johnson said. 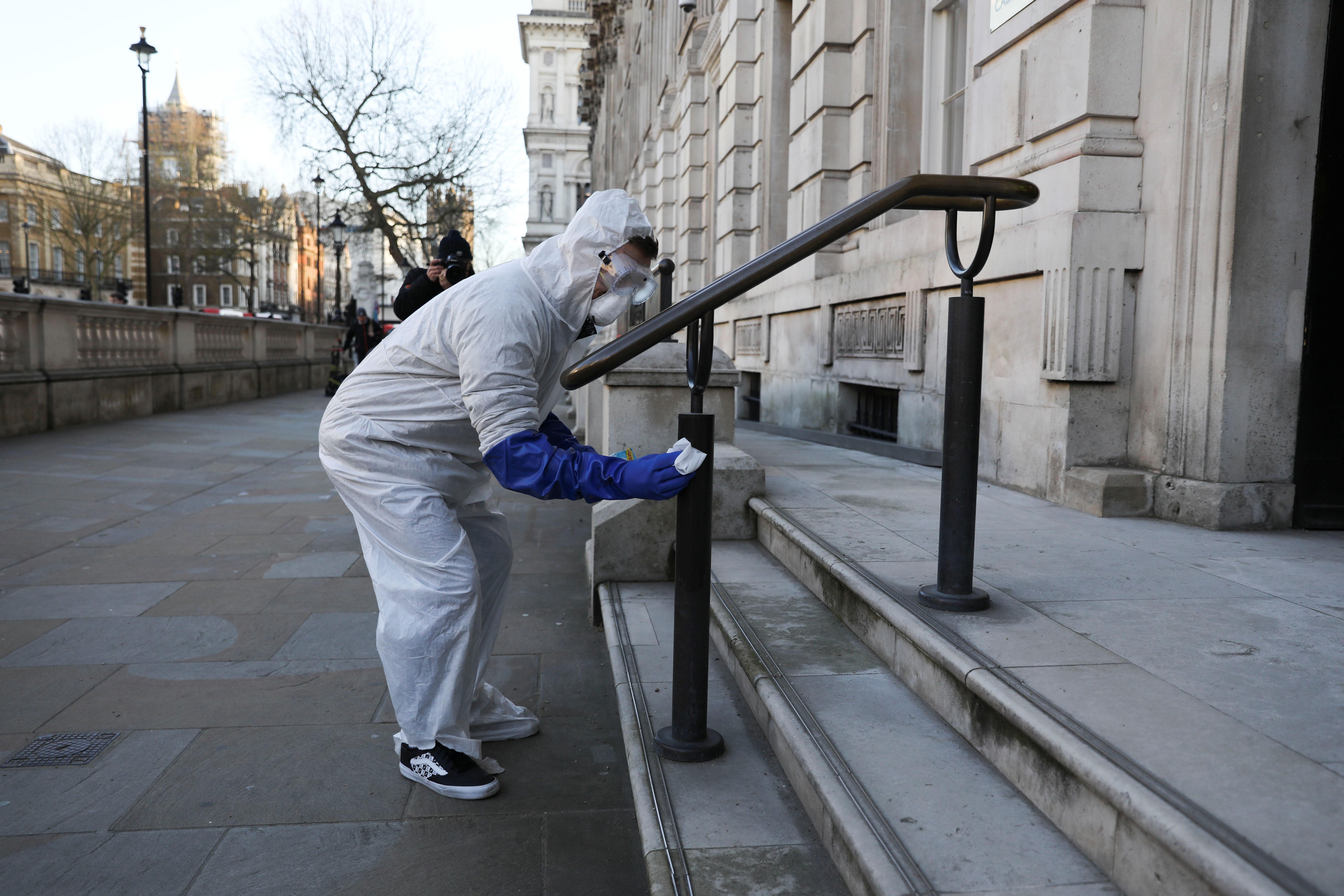 “This is unlike 2008, there isn’t a systemic problem within the economy,” Johnson said. “If we can get the disease under control… then there is absolutely no reason why economies worldwide should not come roaring back.”

The British government has faced criticism for no longer testing all suspected cases of coronavirus, and Whitty said testing was critical and Britain would scale it up. Earlier on Monday the World Health Organization called on all countries to ramp up their testing program.

The number of confirmed coronavirus cases in the United Kingdom has risen to 1,543, up from 1,372 the day before, the health ministry said on Monday. The UK death toll rose to 55.

“It looks as though we are now approaching the fast growth part of the upward curve and without drastic action cases could double every 5 or 6 days,” Johnson said.

He said it was essential to ensure “those with the most serious health conditions are largely shielded from social contact for around 12 weeks.”

When asked about the need for a globally coordinated response, Johnson said there was widespread agreement in the G7 that measures would be needed.

“We are going to need to make sure everybody has access to liquidity,” he said. “If we do things jointly then I think that the global markets will understand that we’re all operating in the same sort of fiscal framework and I think we’ll be much more successful that way.” 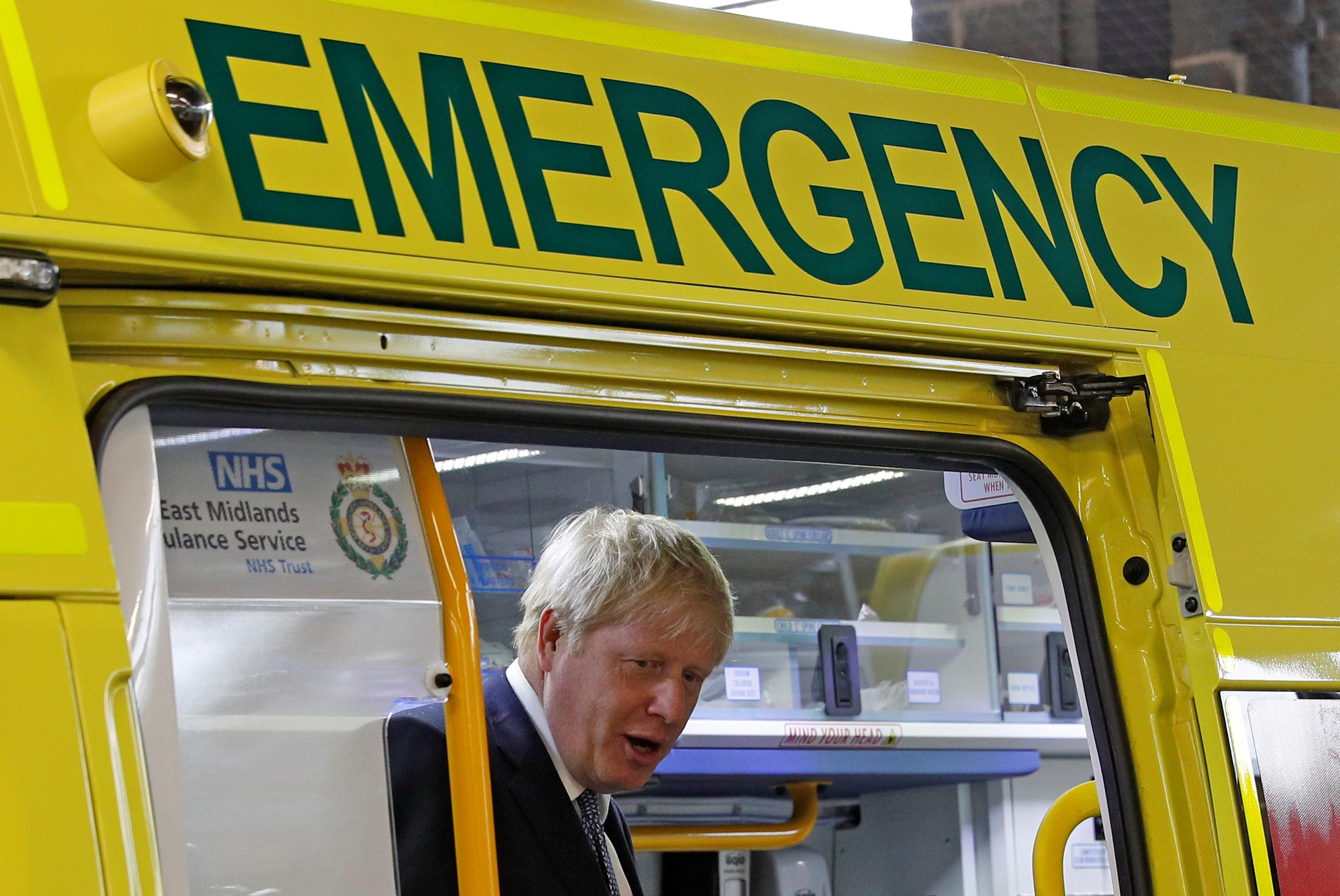 Johnson faced a backlash on Monday over his decision to keep schools open, with angry parents keeping their children at home and complaining that other countries were doing more to stop the spread of coronavirus.

Britain may need to close schools to slow the spread of coronavirus but now is not the time for this, the government’s chief scientific advisor, Patrick Vallance, said.

“At some point, as we’ve said, it may be necessary to think about things like school closures. But those things, again, need to be done at the right time in the right way, at the right stage of the outbreak,” he said.