A Ugandan court has ordered security forces to stop surrounding the home of opposition leader Bobi Wine, who says he has been held under house arrest since the country’s presidential elections.

Ugandan authorities have said Mr Wine can only leave his home on the outskirts of the capital, Kampala, under military escort, because they fear his presence in public could incite rioting.

But the judge said in his ruling that Mr Wine’s home is not a proper detention facility and noted that authorities should criminally charge him if he threatens public order.

Mr Wine’s lawyer George Musisi told the Reuters news agency: “The judge ordered that the state and its agencies
should immediately vacate his property and his right to personal liberty should immediately be reinstated.”

Incumbent Yoweri Museveni, 76, who has been in power since 1986, was declared the winner of the 14 January election with 59% of the vote against Mr Wine’s 35%. 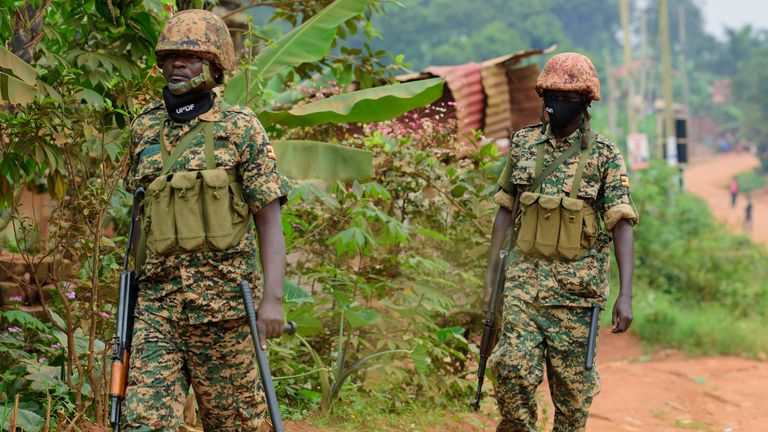 He suggested in a statement on Friday that he might not go to court to challenge the official results because of concerns a possible loss there would validate Mr Museveni’s win.

He said he would announce a decision “in a few days”.

During the campaigning security forces routinely broke up the 38-year-old pop star-turned-politician’s rallies with teargas, bullets, beatings and detentions.

They cited violations of laws meant to curb the spread of the coronavirus for those actions.

In November, 54 people were killed as security forces quelled a protest that erupted after Mr Wine was detained for
alleged violation of the anti-coronavirus measures.

Sky’s Africa correspondent John Sparks says Mr Wine’s property in Kampala had been “completely sealed off” since election day and journalists and lawyers had been unable to get inside to speak to him.

Sparks added: “If the past is a guide it doesn’t mean that Bobi Wine will get out of his property. The authorities are likely to find a new reason to keep him under detention.”

Mr Musisi said the judge also ruled that if there were any serious allegations against Mr Wine, he should be brought before a court or police.

Police spokesman Patrick Onyango said he had no immediate comment as the ruling had not been received. 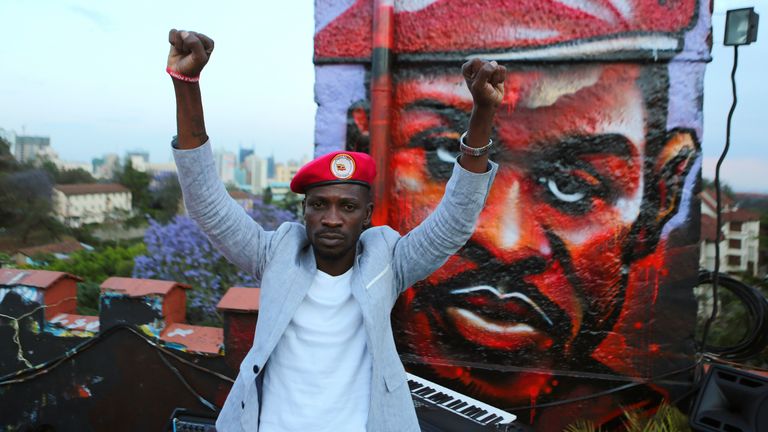 US ambassador Natalie E Brown had tried to visit Mr Wine at his home following the election, drawing an accusation of meddling and subversion from the Ugandan government.