WASHINGTON (Reuters) – The United States imposed fresh sanctions on Iran on Tuesday, keeping up its economic pressure campaign even as it offered to help Tehran cope with the coronavirus pandemic and called on the Islamic Republic to release detained Americans. 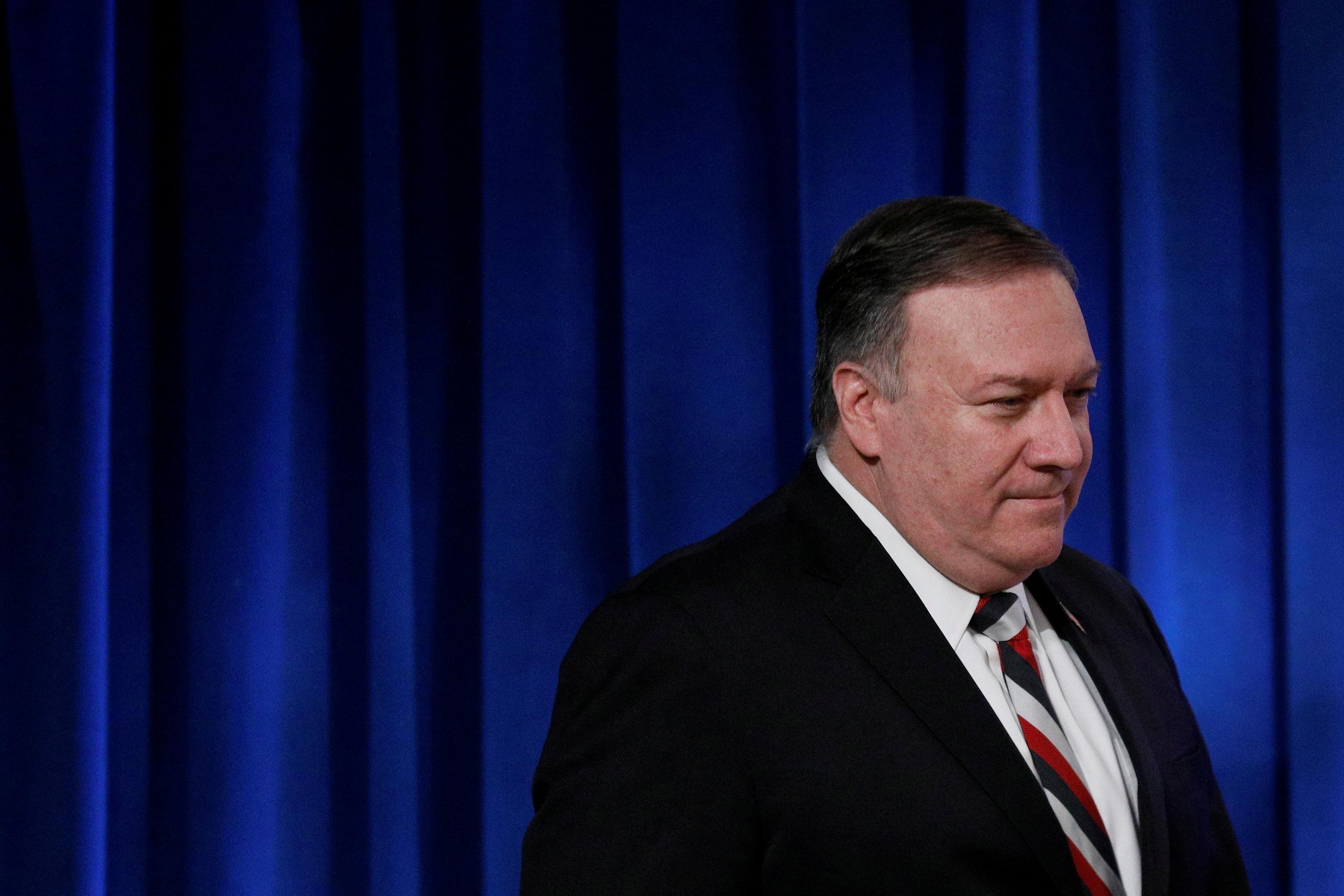 Iran is considering freeing some U.S. citizens, Secretary of State Mike Pompeo said at a news conference where he made clear Washington will maintain its maximum-pressure campaign to choke off Tehran’s ability to export its oil.

The campaign, instituted after President Donald Trump in 2018 unilaterally withdrew from the 2015 nuclear deal Iran struck with six major powers, aims to force Iran to limit its nuclear, missile and regional activities.

Pompeo on Tuesday said the State Department is blacklisting nine entities based in South Africa, Hong Kong and China, as well as three Iranian individuals, for engaging in “significant transactions” to trade in Iranian petrochemicals.

While he did not name them, Pompeo said the step included blacklisting Iran’s armed forces social security investment company and its director for investing in sanctioned entities.

Without naming them, the Commerce Department said the move covers one company in Iran, two entities in China, nine in Pakistan, and five in the United Arab Emirates and will constrict the export of certain items to them.

The Entity List names foreign parties that are barred from receiving some or all items subject to U.S. export regulations unless the exporter secures a license, according to the department.

On Monday, sources familiar with the matter who spoke on condition of anonymity because of the sensitivity of the issue said the United States was unlikely to ease sanctions on Iran despite an appeal from China that it do so because of the pandemic.

Pompeo urged Iran to free U.S. citizens it has detained as a humanitarian gesture because of coronavirus. Iran has reported 16,169 coronavirus cases and 988 deaths in one of the worst national outbreaks outside of China, where the pandemic originated.

“We are aware that they are thinking about whether to release them or not,” Pompeo told reporters. “We are urging them … to release every American that is being wrongfully held there as a humanitarian gesture, given the risk that is posed.”

It is not clear exactly how many Americans Iran may hold, but they include father and son Baquer and Siamak Namazi; Michael White, a Navy veteran; and possibly Robert Levinson, a former FBI agent missing since 2007.