A panel of three experts in law enforcement and human rights will have a three-year mandate to investigate the root causes and effects of systemic racism in policing. 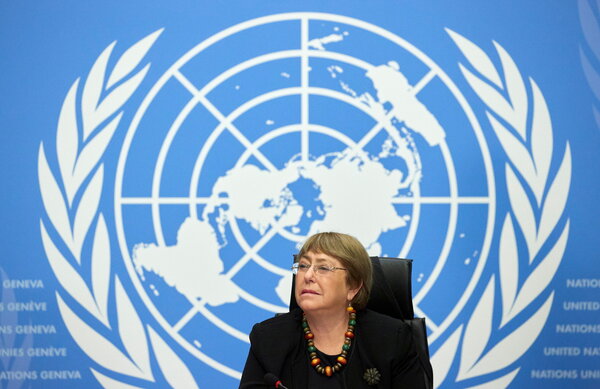 GENEVA — The United Nations decided on Tuesday to set up a panel of experts to investigate systemic racism in policing against people of African descent, adding international weight to demands in the United States for accountability for police killings of African Americans, and reparations for victims.

A panel of three experts in law enforcement and human rights will have a three-year mandate to investigate the root causes and effects of systemic racism in policing, including the legacies of slavery and colonialism, and to make recommendations for change. It will look at issues ranging from excessive use of force, racial profiling and police handling of peaceful protests to links between racial supremacy movements and the police and the criminal justice system.

The panel is the outgrowth of a resolution by African countries that built on a report released this month by the U.N. human rights office. The report analyzed the deaths of 190 people of African descent, mostly in the United States, detailing the lack of accountability for police killings and urging states to pursue change.

There is “an urgent need to confront the legacies of enslavement, the trans-Atlantic slave trade, colonialism and successive racially discriminatory policies and systems, and to seek reparatory justice,” said Michelle Bachelet, the U.N.’s human rights chief, in presenting that report to the United Nations Human Rights Council on Monday.

The panel will investigate law enforcement across the world, but the resolution’s references to the murder of George Floyd in May 2020 ensure that the United States will be a focus of its work.

Civil rights groups see the resolution as a litmus test of the Biden administration’s readiness to follow through on campaign promises to tackle racism and how it will engage with the human rights council. Former President Donald J. Trump left the council in 2018; President Biden is seeking to rejoin it at the end of the year.

Britain and former European colonial powers resisted the creation of the panel, arguing that numerous United Nations human rights committees and experts already deal with different aspects of racism, and that further investigations of systemic racism should be left to the U.N. human rights office in Geneva.

“Proposals for reparations for colonialism and slavery divert focus from the pressing challenges of tackling contemporary racism,” Simon Manley, Britain’s ambassador to the U.N. in Geneva, told the human rights council.

The panel of experts falls a little short of a full-fledged commission of inquiry sought by human rights groups. Also, the resolution drops reference to reparations for victims in favor of milder language about redress.

But human rights activists say the panel is a good starting point.

“It’s a very important step forward,” said Hannah Garry, a law professor at the University of Southern California. “I see this international mechanism as a precursor to a future commission of inquiry.”