Tourists staying at the Turkish holiday resort of Bodrum were evacuated and told to wait for rescue boats on Saturday evening as fresh wildfires erupted nearby, according to local media.

Panicked holidaymakers reportedly rushed to the seashore following the evacuation of several hotels in the coastal city.

Fires across Turkey have been raging since Wednesday, burning down forests and some settlements, and encroaching on villages and tourist destinations. Satellite images show smoke billowing across huge areas of land. 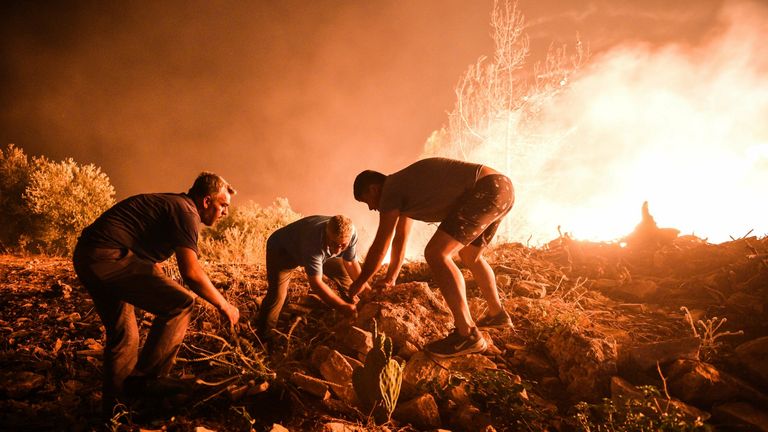 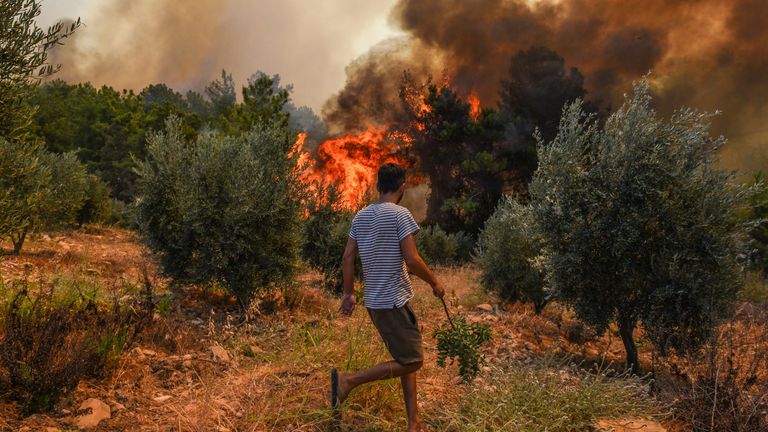 Two forest workers died on Saturday, the country’s health minister said, taking the total death toll from the blazes to six, while hundreds more have been injured or suffered health problems.

In the Aegean resort of Bodrum, coast guard units led the rescue operation and authorities asked private boats and yachts to assist the efforts.

Mayor of Bodrum Ahmet Aras has been posting videos and updates, and said clear-up efforts continue in the area.

While new fires have sprung up, the minister of agriculture and forestry, Bekir Pakdemirli, said on Saturday that 91 of the 101 fires across the country have been brought under control.

However, neighbourhoods affected by the fires in five provinces have been declared disaster zones by the country’s emergency and disaster authority.

President Recep Tayyip Erdogan visited the town of Manavgat on Saturday, inspecting the damage from a helicopter.

He announced that the Turkish government would cover rent for people affected by the fire, and rebuild their homes. Taxes, social security and credit payments will also be postponed for those affected and small businesses will be offered credit with zero interest, he said. 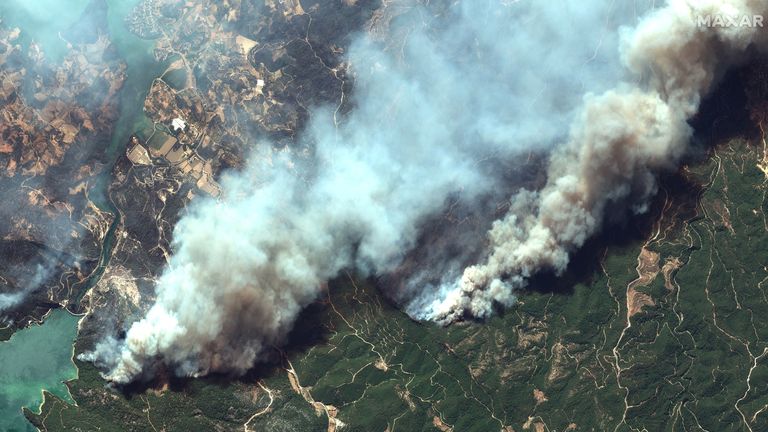 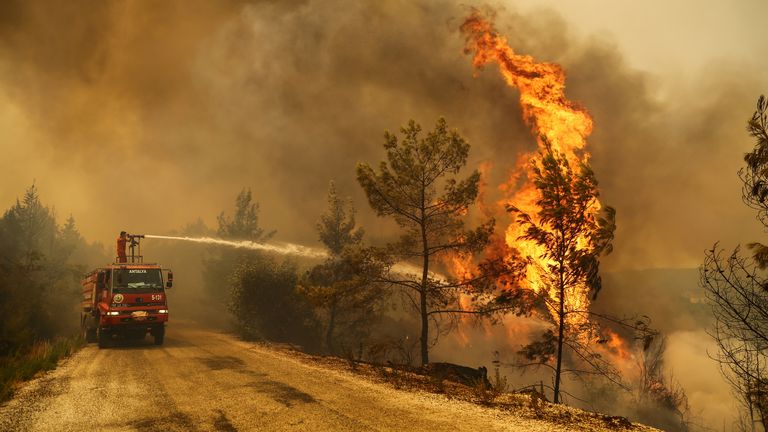 “We cannot do anything beyond wishing the mercy of God for the lives we have lost but we can replace everything that was burned,” Mr Erdogan said.

Wildfires are common in Turkey’s Mediterranean and Aegean regions during the hot and dry summer months.

Mr Erdogan has said authorities are investigating the possibility of “sabotage” causing the country’s fires.

Further wildfires have spread across other countries in the Mediterranean, including Italy and Greece, caused by the worst heatwave in decades in southern Europe, fed by hot air from Africa.

Temperatures in Greece and nearby countries are expected to climb to 42C (more than 107F) on Monday.