WASHINGTON (Reuters) – A Syrian defector who smuggled thousands of photographs of torture out of the country, helping prompt new U.S. sanctions, pleaded with U.S. lawmakers on Wednesday to enforce tough measures against Syria’s government over atrocities during its civil war. 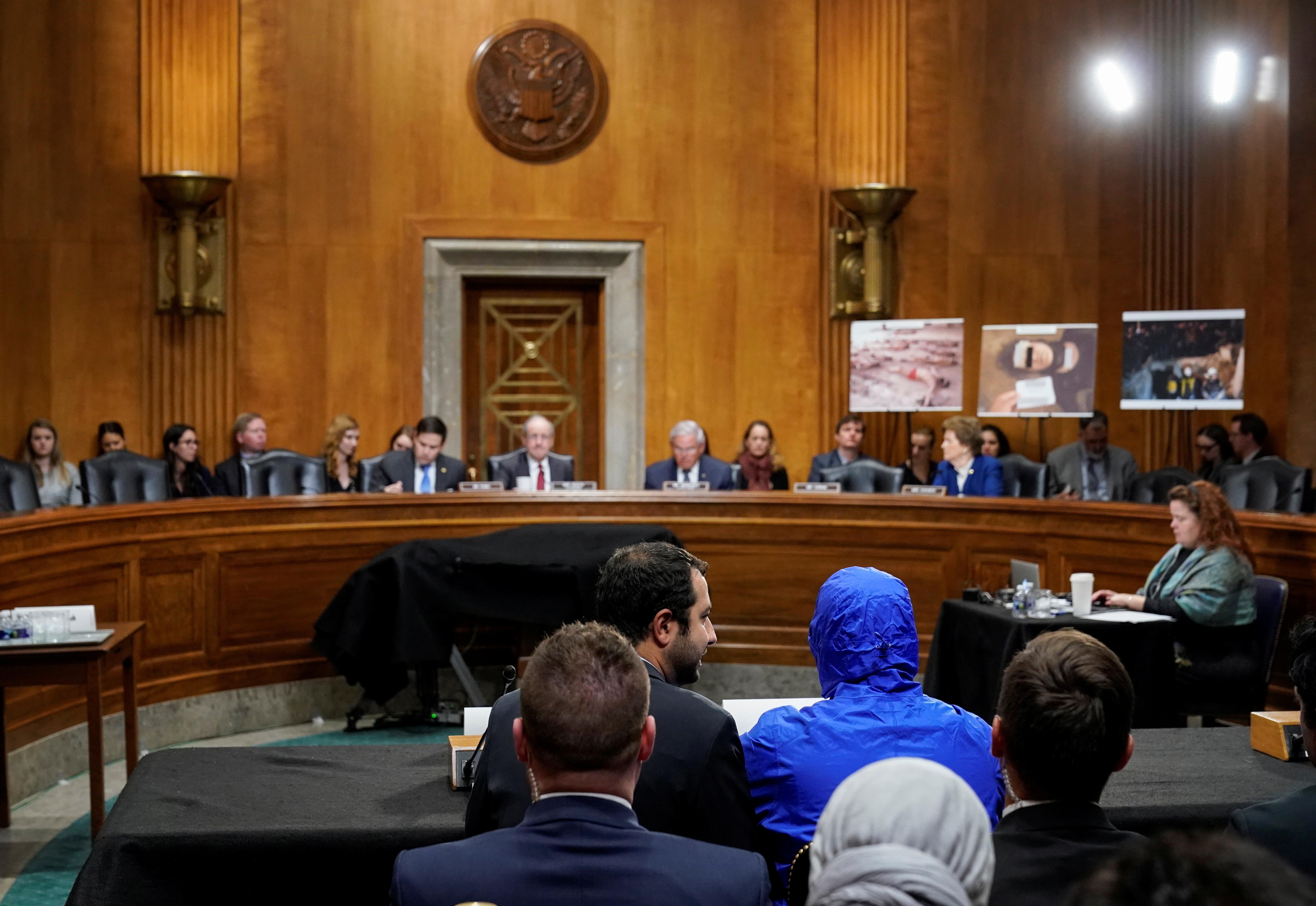 “We have worked and we continue to work in order to bring the pleas and the screams of tens of thousands of those that remain in detention,” the defector, known only by the code-name “Caesar,” said amid tight security at a Senate Foreign Relations Committee hearing.

Both the Senate panel and the House of Representatives Foreign Affairs Committee held hearings on Wednesday to mark nine years since the start of the civil war in Syria.

The House hearing focused on the crisis in Syria’s northwest Idlib region, which has seen escalating clashes involving Turkey and Russia.

The conflict has killed hundreds of thousands of people, making millions refugees and devastating entire cities as one truce after the other failed.

Caesar smuggled thousands of photographs out of the country in 2013, exposing mass killings, torture and other crimes. He testified before the House committee in 2014, helping prompt legislation named after him calling for new sanctions on the government of Syrian President Bashar al-Assad and Russia and Iran, which support him.

The measure became law as part of a defense authorization bill Trump signed in December. It has yet to be fully implemented.

Caesar said activists were grateful for the law, but more must be done.

“Killing has increased in the same places and in the same ways and at the hands of the very same criminals. And the reason simply is that the Assad regime considered the inaction of the international community and the mere statements of condemnation as a green light for him to continue his crimes,” he said in prepared testimony.

Representatives from the Syrian Emergency Task Force and the Syria Civil Defence (or White Helmets) also testified in the Senate.

Senator Jim Risch, the committee’s Republican chairman, said he was working with the Trump administration to ensure sanctions were implemented. “The Syrian people deserve better,” he said.

The committee’s top Democrat, Senator Bob Menendez, said he hoped testimony about the war’s impact “pricks the conscience” of the United States.

“We have not seen assertive policies from either of the past two administrations,” he said, referring to the Republican Trump and his predecessor, Democratic former President Barack Obama.