Suez Canal blocked after cargo ship Ever Given turns sideways

The Suez Canal is one of the world’s busiest trade routes, providing direct access the Mediterranean Sea from the Indian Ocean. But last week the Ever Given cargo ship was blown off course by heavy winds and a sandstorm, and ended up stuck, horizontally, across the narrow canal.

The Ever Given is longer than the Empire State Building, and weighs around 200,000 tonnes, so shifting it hasn’t been an easy task.

It was lodged in the canal’s banks on Tuesday (March 23), and multiple tug and rescue boats attempted to free the blocked boat.

But the Ever Given remained locked in place, spanning the entire width of the Suez Canal, until earlier this week.

The blockage caused a huge delay in trade goods across the world, and hundreds of ships are waiting to get through. 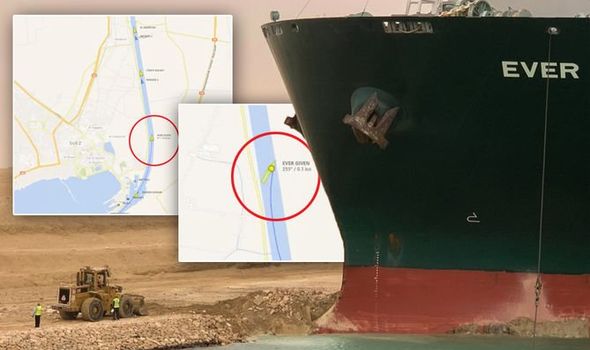 Radar images of the Ever Given crashing into the canal banks have now been revealed.

A series of images have been linked together to create a short video, showing the vessel being blown off course.

It had only just ventured into the Suez Canal, after passing nearby city of Suez, Egypt, when prevailing winds pushed the vessel into the western bank of the waterway.

The ship tried to counteract the wind, by turning to the right.

However, the bow of the ship subsequently hit the eastern bank, causing the entire vessel to become lodged.

The back end of the boat was lodged against the western bank, while the front was stuck in the eastern bank.

The radar images also showed a number of smaller tugboats trying to help free the Ever Given.

But, after almost an entire week, the cargo ship was finally freed on Monday (March 29). 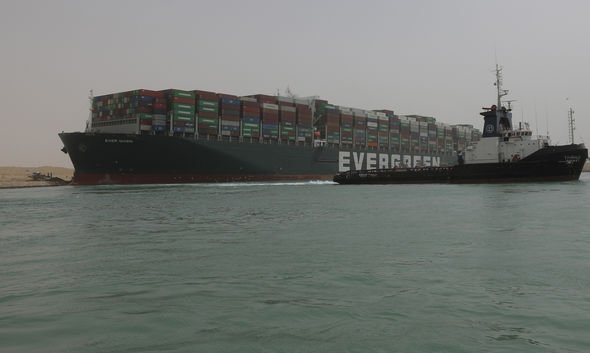 It was feared that the rescue mission could take several weeks to complete, according to the CEO of Dutch company Boskalis, Peter Berdowski, which was helping to free the ship.

“We can’t exclude it might take weeks, depending on the situation,” he told Dutch programme Nieuwsuur last week.

“We might have to work with a combination of reducing the weight by removing containers, oil and water from the ship, tug boats and dredging of sand.”

Eight tug boats were working to try and free the ship, according to the Suez Canal Authority.

The Suez Canal carries more than 300 million tonnes of goods each year, with about 30 percent of all the world’s shipping container volume moving through the canal every day.

It’s a man-made waterway that’s also one of the most heavily used shipping lanes.

Blockages on the route could have serious implications for international trade.