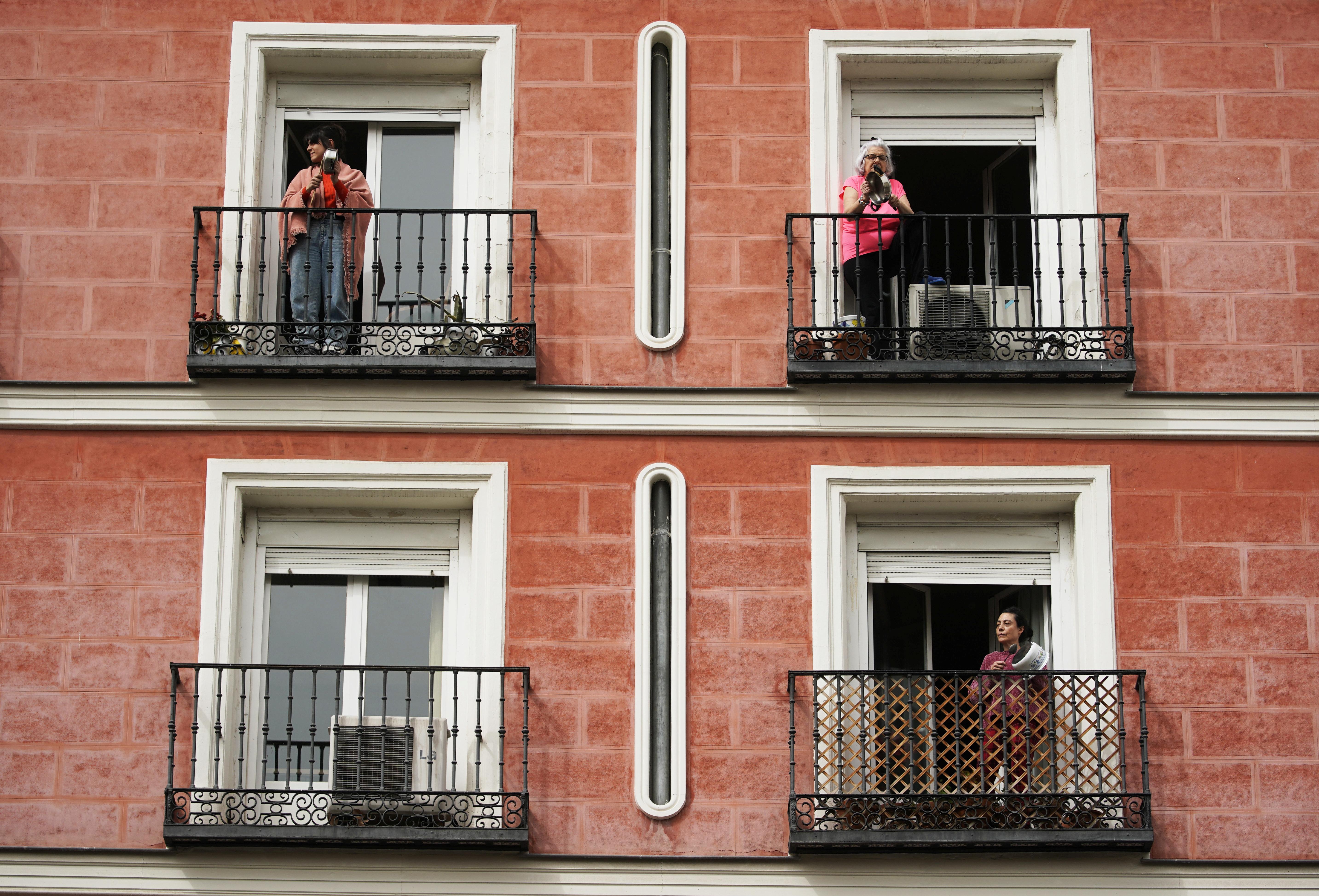 MADRID (Reuters) – Spaniards in lockdown came out on balconies on Wednesday to bang pots and pans demanding that former King Juan Carlos donate millions he reportedly received from Saudi Arabia to the Spanish health system currently struggling to combat the coronavirus.

People in central Madrid, summoned by a call on social media, appeared on balconies and on roof terraces to bang metal pans. Spaniards have been confined to their homes since Saturday for all but essential outings to stem the spread of the virus in the second worst-hit country in Europe.

King Felipe said on Sunday he had renounced his inheritance from his father, former King Juan Carlos, and stripped the ex-monarch of his palace allowance.

A Swiss newspaper has reported that while he was king, Juan Carlos accepted $100 million from Saudi Arabia. Juan Carlos, who abdicated in 2014 after nearly 40 years on the throne, has not commented on the report.

The royal household said in a statement that Juan Carlos had not told his son about the Saudi funds.

Spaniards have been coming to their balconies to cheer health workers during the lockdown, which has seen some of the toughest restrictions on movement in Europe.