Saudi Arabia: Missile appears to be intercepted in Riyadh 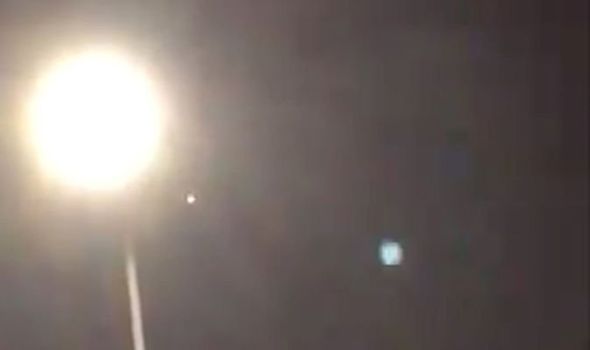 Video posted on social media appears to show a missile travelling through the air before it is struck by another missile and explodes.

After the interception an explosion was reported in the Narjis area of Riyadh, Saudi Arabia’s capital.

Separately an explosive laden drone was shot down over the Saudi city Jazan near the Yemeni border.

There are no reports of any casualties or damage thus far from either attack.

In a statement the Saudi led coalition which is fighting in Yemen said it intercepted a ballistic missile fired by Houthi militants towards Riyadh.

It later added a UAV packed with explosives was brought down near Jazan.

Saudi Arabia intervened in the Yemenis civil war in 2015 with a number of Arab allies.

This was done to counter the Ansar Allah, or Houthi, movement which was gaining in power.

Sunni ruled Saudi Arabia is suspicious of the Shia Houthis which it alleges are Iranian backed.