Footage has shown the moment Ukrainian forces destroyed four Russian armoured vehicles and a military base where enemy soldiers were residing in Kharkiv Oblast. As Russian forces are falling back towards the eastern border, Ukraine has accelerated its already rapid counter offensive operation – and this latest video serves as further evidence of the scale of their success. Aerial reconnaissance of the State Border Service discovered the concentration of occupiers and their equipment, after which missile strikes were launched.

In the video, two Russian vehicles can be seen being struck by missiles in quick succession, blowing up before billowing thick white smoke.

The footage then cuts to a group of Russian soldiers underneath a metal roof. That location is then bombed with the inhabitants presumed dead.

A third and fourth Russian military vehicle are then seen to be destroyed by further strikes.

It was reported that the four vehicle targets were a Russian tank, an armoured car called the “Tiger” and two trucks. 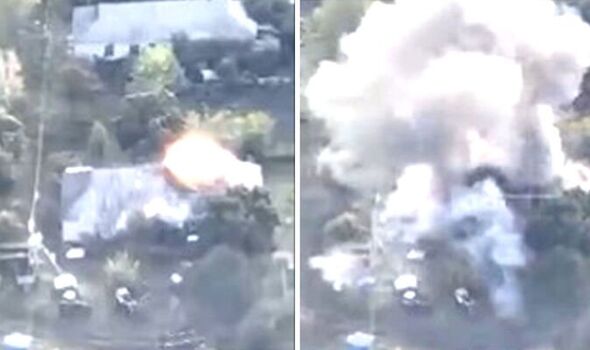 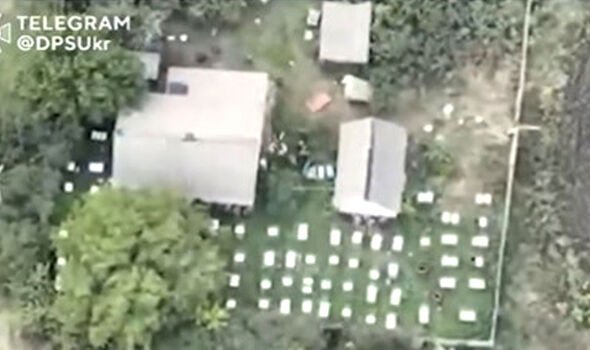 Despite recent setbacks, Russian authorities have pledged that their forces will continue fighting in the southern and eastern regions of Ukraine.

The pledge comes as the first troops enlisted following Vladimir Putin’s announcement of a partial mobilisation of military reservists began to enter the front lines this week.

Kremlin spokesman Dmitry Peskov said on Thursday that Russia would need to keep fighting until it had taken control of all of Donetsk, a southern region neighbouring the Kharkiv Oblast.

Around 40 percent of the region is still under Ukrainian control and the scene of some of the war’s heaviest fighting. 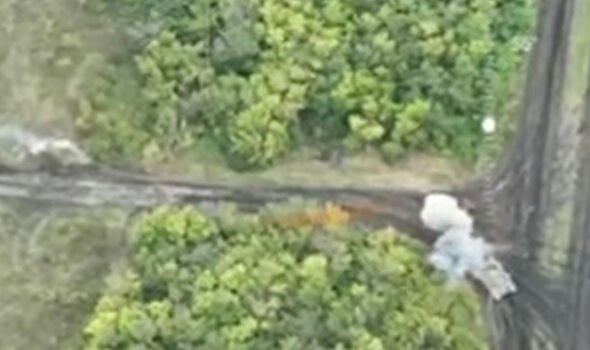 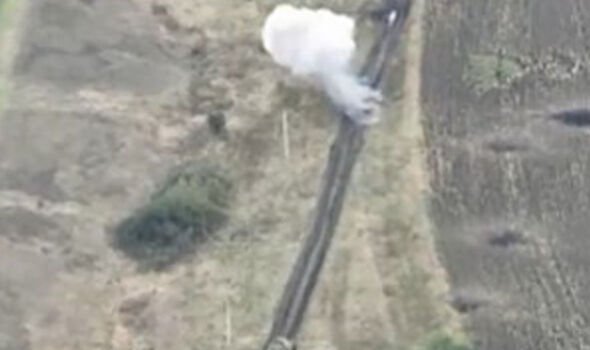 Ukraine’s armed forces also conducted strikes on Russian forces in four areas near the city of Kherson as part of their counter-offensive.

The city is located towards the bottom of Ukraine. It is of huge strategic significance because it is situated next to a vital crossing point across the Dnipro River into Russian-occupied territory.

Russia has been attempting to use this point to transport its forces into Ukrainian territory, replenishing dwindling soldiers and weaponry.

Ukraine has been targeting the bridge across the Dnipro nearby Kherson to prevent these crossings. 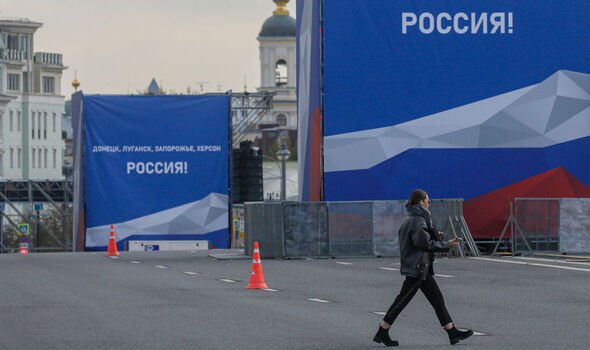 In the latest round of strikes, the southern command of the Ukrainian Armed Forces claimed their aircraft had hit six targets in the area.

Meanwhile, the United States is preparing a new $1.1billion (£997million) weapons package for Ukraine that will be announced soon, US officials said.

The US state department also said it is now looking to the finance and energy sectors for future sanctions action.

The news will be unwelcome for Vladimir Putin as domestic protests against his mass mobilisation announcement continue to jeopardise the war effort.