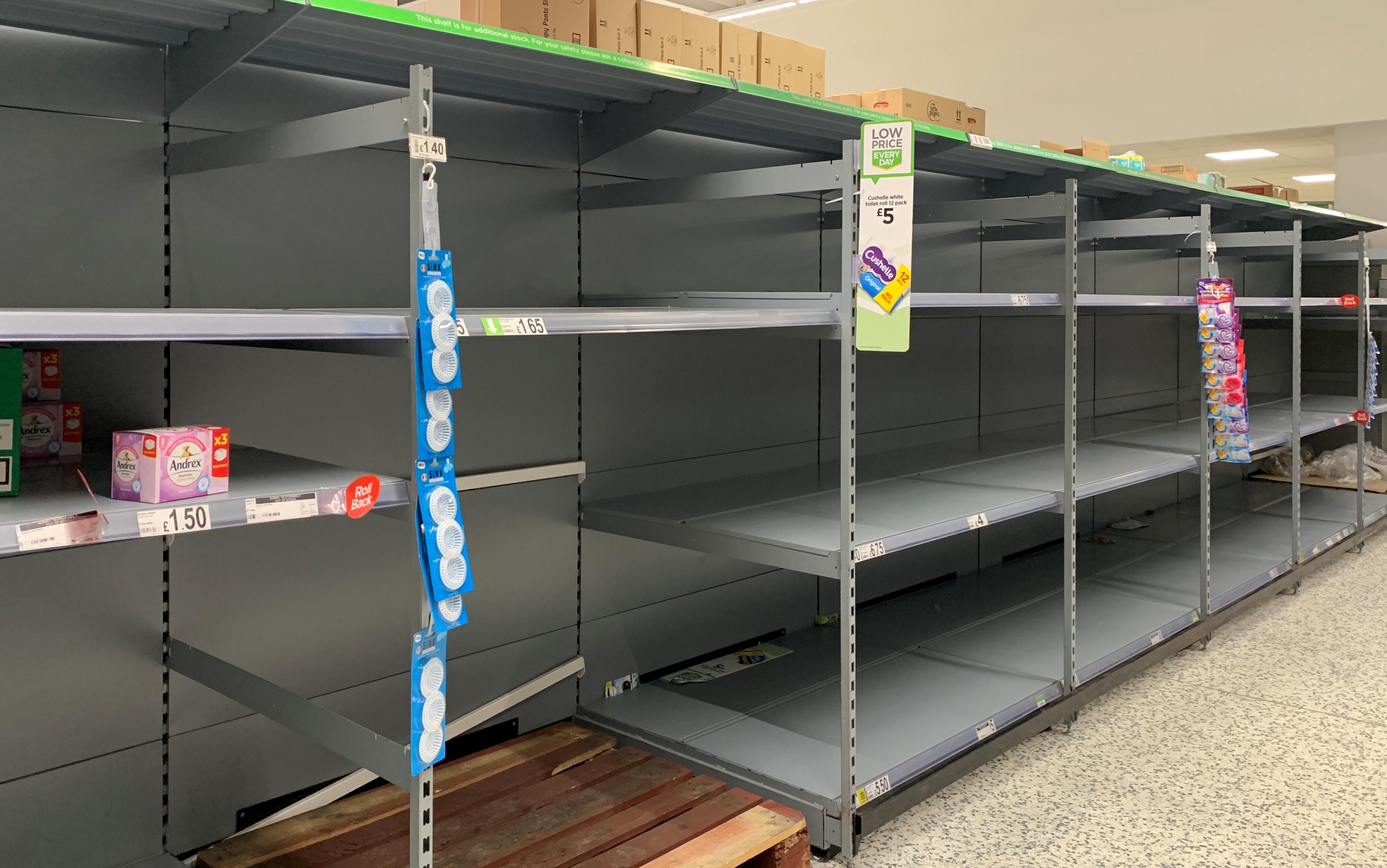 Johnson has said it would be counterproductive to implement draconian isolation measures as the peak of the epidemic is weeks away, but people were bracing for the worst.

In a country once known as a beacon of Western political and economic stability, supermarket shelves were empty of basic ingredients for the first time since fuel protests prompted panic buying two decades ago.

“I have never seen the supermarket look like that. It is chaos in there,” said Fran Edwards, 45, who works in marketing and was leaving the Tesco in Twickenham, southwest London, with a shopping trolley filled to the brim.

“I have decided to buy two weeks worth of food. There are really long queues and there is not enough stock. I don’t want to panic. But at the same time I didn’t want to be regretting this opportunity in a few days.”

Even soccer fell victim to the fears over coronavirus – following a raft of other sports events around the world that have been postponed, canceled or held behind closed doors.

All elite soccer matches in England, including the Premier League, were suspended until April 4 on Friday due to the coronavirus pandemic, English soccer’s governing bodies said in a joint statement.

England’s friendly internationals against Italy and Denmark at Wembley on March 27 and 31, respectively, will not take place, the FA said in a statement. The men’s and women’s FA Cup competitions have also been suspended.

British supermarket bosses have urged people not to panic and said that they can keep shelves stocked but anecdotal evidence from across Britain shows many people are hoarding basics.

Trading is intense with some shop bosses saying it can only be compared to the pre-Christmas rush. A Reuters reporter witnessed arguments at one major supermarket with shoppers bickering over how much pasta each person should be allowed to buy.

“I just want to be prepared for the worst,” said Anita, 41, a teacher at a college, who asked not to use her last name. Her trolley was completely full. “You watch what is happening on the news and I do think are we being too relaxed in this country.”

Tesco at Brent Cross, north London, was stripped of toilet paper, liquid soap and many canned foods. Waitrose in the Canary Wharf financial district had neither pasta nor toilet paper on Thursday night.

Britain believes that supermarkets have a resilient supply chain, a spokesman for Johnson said when asked about the impact of the coronavirus outbreak.

Johnson warned on Thursday that many more families would see their loved ones die from coronavirus, as the government’s chief scientific adviser said Britain likely has as many as 10,000 people infected.