VATICAN CITY (Reuters) – Pope Francis and Christians worldwide recited “The Lord’s Prayer” on Wednesday to ask God to stop the coronavirus pandemic which has infected nearly half a million people, disrupted countless lives and shut down churches and other public venues. 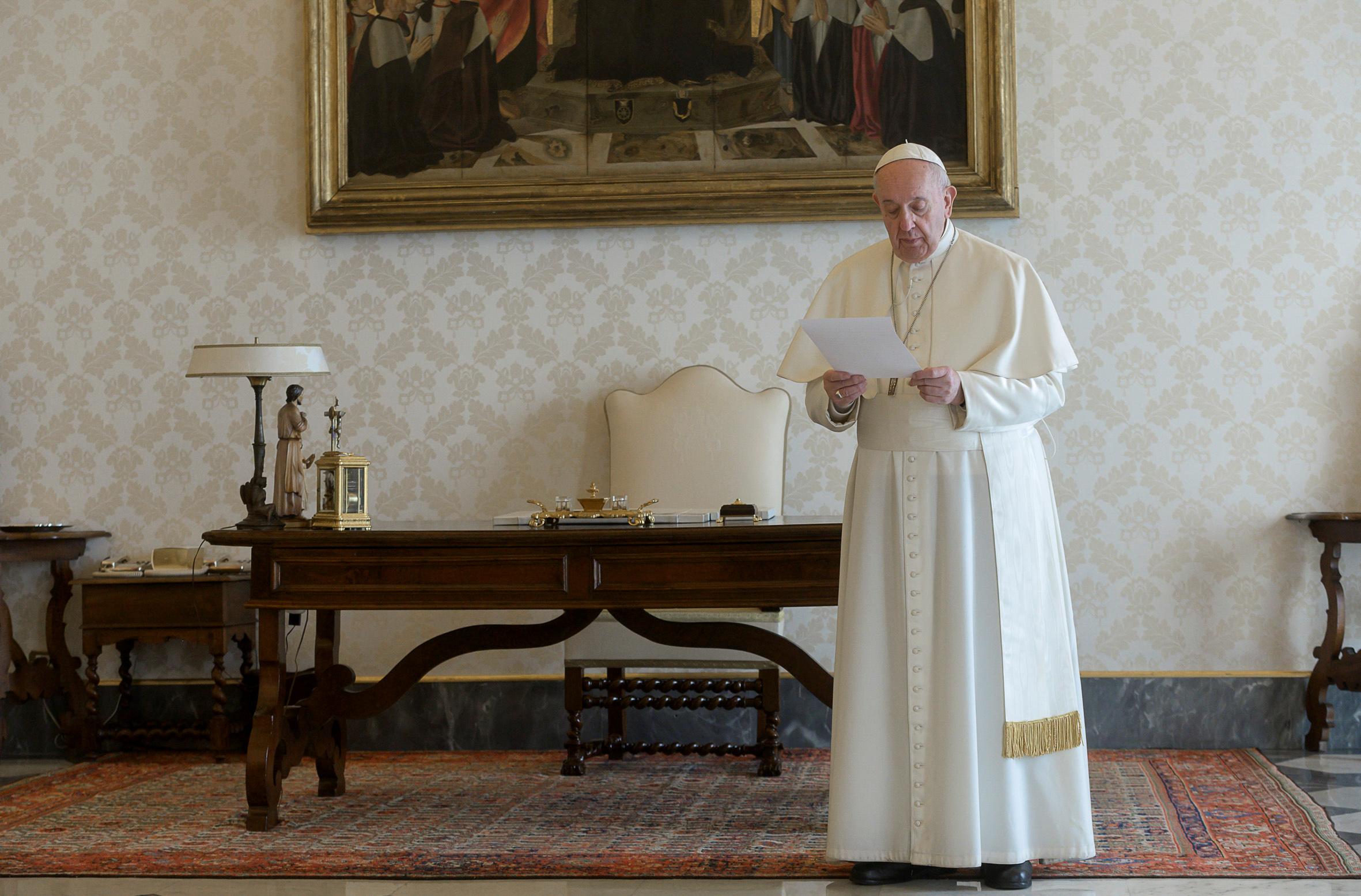 Francis invited all other Christian leaders and individual Christians on Sunday to recite the ‘Our Father’ prayer simultaneously at noon Italian time (1100 GMT) on Wednesday.

“In this moment, we want to implore (God’s) mercy for a humanity so sorely tried by the coronavirus pandemic. We do it together, Christians of every Church and Community, of every tradition, of every age, language and nation,” he said.

In an introduction to the “Our Father”, which is also known as “The Lord’s Prayer”, he said it was also for “the sick and their families, health workers and those who assist them, for authorities, police forces and volunteers, for the (religious) ministers of our communities”.

There are about 2.3 billion Christians in the world, of whom some 1.3 billion are Roman Catholics.

The 83-year-old Francis prayed from inside the Vatican, where he has been holed up for the past few weeks as a precaution as Italy has imposed stringent measures to tackle what has become the world’s worst outbreak of the disease.

BLESSINGS VIA INTERNET AND TV

The pope has been holding his general audiences and Sunday blessings over the internet and television from the official papal library instead of before crowds numbering tens of thousands of people in St. Peter’s Square.

There are over 420,000 cases of coronavirus reported across 196 countries, according to a Reuters tally at 0200 GMT on Tuesday. About 19,000 deaths are linked to the virus.

Italy has reported more than 5,000 infections in the past day alone and total infections are now almost 70,000. Italy will overtake China’s case load of 81,000 within days if the rate of infection continues at this pace.

Italy had reported 6,820 coronavirus-linked deaths as of 1700 GMT on Tuesday, the highest toll in the world.

Francis’ Easter activities next month also will be held without the direct participation of the faithful, the Vatican has said.

Masses in Italy and many other countries around the world have been suspended so that people do not gather in large numbers but most churches are still open for individual prayer.

The pope’s trip to Malta on May 31 has been indefinitely postponed and a trip to Indonesia, East Timor and Papua New Guinea that had been expected for September will most likely not take place.

This Friday, Francis will deliver an extraordinary “Urbi et Orbi” (to the city and the world) blessing – normally given only at Christmas and Easter.

Catholics who receive the blessing, either in person or via the media, can, under certain conditions, receive a special indulgence. An indulgence is remission of punishment for sins.