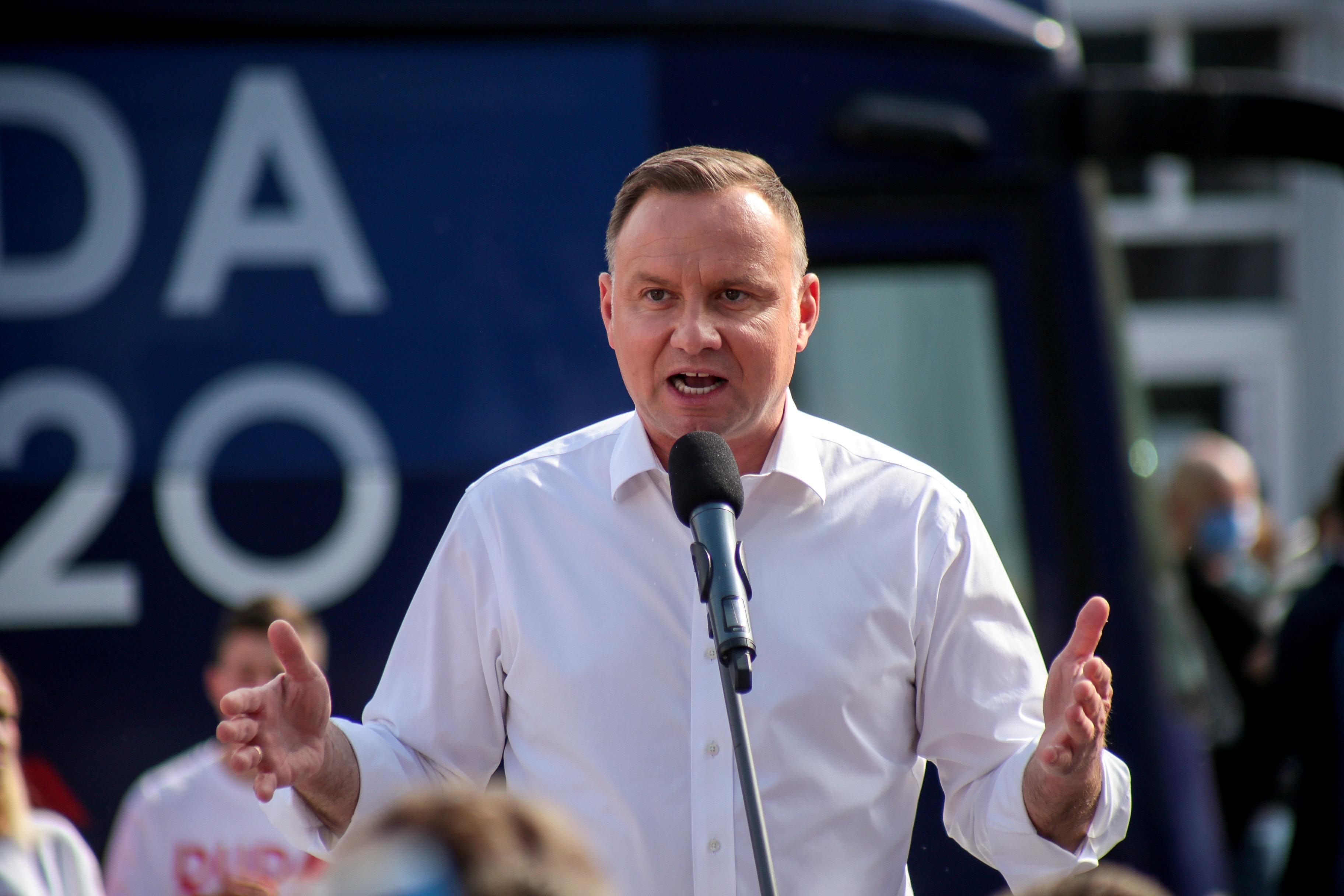 WARSAW (Reuters) – President Andrzej Duda vowed on Wednesday to ban teaching about LGBT issues in Poland’s schools in an apparent pitch to his conservative base during an increasingly tight race for the June 28 presidential election.

Duda is an ally of the ruling right-wing nationalist Law and Justice Party (PiS), which brands lesbian, gay, bisexual and transgender (LGBT) “ideology” as an invasive foreign influence undermining traditional values in the staunchly Catholic nation.

“Parents are responsible for the sexual education of their children,” Duda told a gathering of supporters. “It is not possible for any institutions to interfere in the way parents raise their children.”

Signing a “Family Card” of proposals including pledges to preserve special benefit schemes for families and pensioners, he also said he would not allow gay couples to marry or adopt children. “It’s a foreign ideology. There is no consent for this phenomenon to happen in our country in any way.”

Trzaskowski has said he is in favour of civil partnerships for gays but, according to PO, he would not approve adoptions.

“This (‘Family Card’) is a radical document which divides Polish society, introducing standards reminiscent of the most brutal…times of Polish and European history,” Robert Biedron, the Left party’s presidential candidate and Poland’s most high-profile gay politician, was quoted as saying by state news agency PAP.

The PiS is keen to secure Duda’s re-election as it would cement its grip on power to complete reforms to the judiciary and media sectors that the European Union has challenged, saying they violate EU standards on democracy and rule of law.

Duda remains the frontrunner but his lead has shrunk as the coronavirus crisis has damaged the economy, with one recent poll conducted for right-wing portal DoRzeczy.pl showing him just 2.2 percentage points ahead of Trzaskowski.