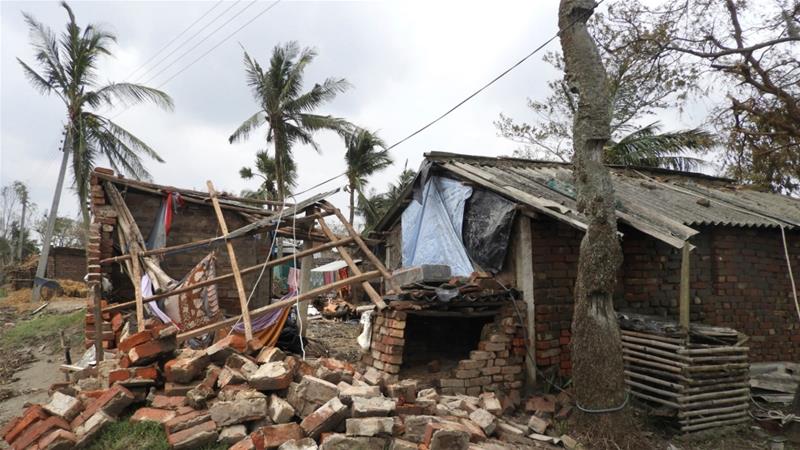 The powerful cyclone that struck India and Bangladesh last month passed through the vast mangrove forests of the Sundarban Delta, a UNESCO World Heritage Site.

But the storm’s impact was devastating for the millions who live in the Sundarbans. Mud homes were swept away, embankments destroyed and farms inundated by saline water that made them unfit for cultivation.

The impact of climate change, including increasingly furious storms and coastal erosion from rising oceans, has forced many to migrate to the cities in recent years. But now, with the coronavirus pandemic shutting down businesses and limiting mobility, villagers no longer have the option of moving in search of work.

“It is a recipe for disaster,” said Annu Jalais, a professor at the National University of Singapore who has been studying the Sundarbans for 20 years.

Cyclone Amphan hit on May 20 with heavy rains, a massive storm surge and sustained winds of 170km/h (105 mph) and gusts of up to 190 km/h (118 mph). It passed directly through the Sundarbans, devastating it.

Jafar Iqbal, a village teacher, spent a night in a shelter while the cyclone raged outside. When he went home the next day, he found his house badly damaged.

“My home didn’t have a roof. It was lying crumpled on the floor,” he told The Associated Press news agency.

The Sundarban Delta has 102 islands, of which 54 are inhabited. The rest constitute the world’s largest mangrove forest. Most famous for its population of tigers, the mangroves – dense thickets of small trees with exposed supporting roots – act as a buffer during storms, slowing down tidal waves and dissipating a storm’s energy, said KJ Ramesh, India’s former meteorological chief.

The lives of the estimated 4.5 million people in the region are tied to the fragile ecosystem. Farming, fishing, collecting honey, and tourism are the few employment opportunities available. But climate change has been making their lives harder.

Cyclone Amphan also damaged almost the entire length of the 100-kilometre (62-mile) nylon fence that had been erected to prevent tigers from straying into human habitations, said Krishnendu Basak of the private Wildlife Trust of India. The fence is key in reducing the number of tiger attacks on people.

But it is the breaking of embankments, resulting in saltwater pouring onto the land, that will have the most durable impact on livelihoods. Saline water kills freshwater fish in ponds in a day, most sources of drinking water disappear, and land cannot be used for cultivation for up to five years, Jalais said. 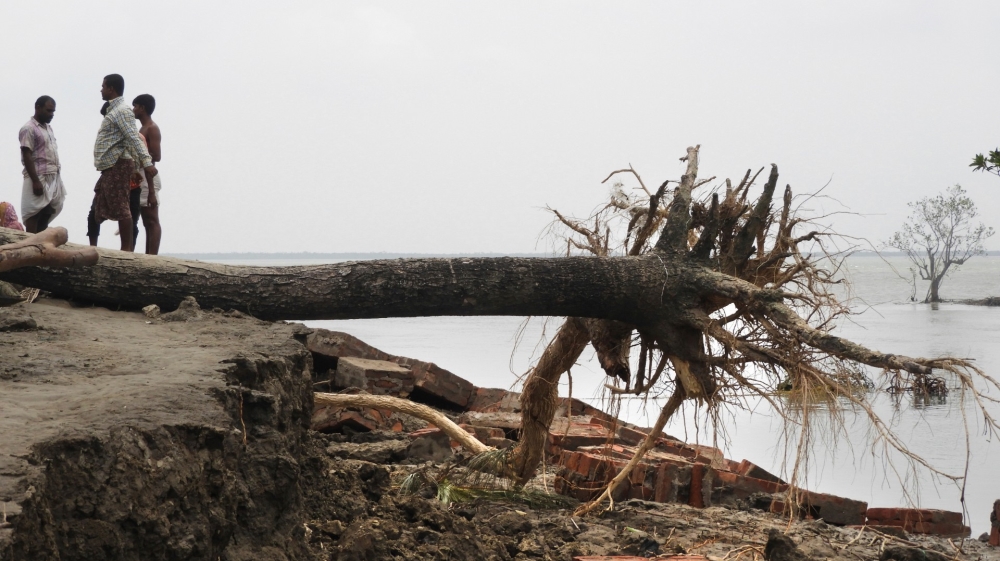 Amites Mukhopadhyay, a sociologist at Jadavpur University who has been researching the Sundarbans, said the ebb and flow of the tides make it difficult to build new embankments. “The tides change every six hours. You need a very strong initiative from the government,” he said.

A cyclone in 2009 and another last year left similar devastation and triggered mass migration out of the islands. Before Cyclone Amphan struck, many of those migrants had started returning home after losing their jobs in the cities due to the coronavirus lockdown.

Elema Bibi, a fisherwoman whose son returned home days before the cyclone, said: “We are left with nothing, with nowhere to go. There is no source of income. I just have a pile of rotting fish.”

The state has announced $827,000 in aid for rebuilding houses, helping farmers, and repairing wells in the Sundarbans, and the national government has announced a $130m relief fund for the state.

The coronavirus is complicating relief work. During the cyclone, villagers huddled in crowded storm shelters, which authorities feared could spread the virus. Since the storm, the number of cases in the state has risen above 5,500 with more than 300 deaths from 3,103 cases and 181 deaths on the day of the cyclone.

“Most families left the cyclone shelter as soon as they could,” Iqbal said. “No one wanted to risk getting infected by the virus.”

Some villages have blocked the entry of outsiders and asked for relief materials to be left on other islands for them to pick up, news reports say.

Mukhopadhyay said the region is no stranger to disasters, but the combination of the cyclone and the pandemic make the situation look “completely bleak”.

“People are resilient, but how much resilience can they have?” he said.