Palestinians and Israelis have embarked on a fresh round of bitter violence with rife debate circulating about who started the latest round of attacks. Israel police stormed the Al-Aqsa Mosque in East Jerusalem on Monday morning as hardline Israelis prepared to parade through Old City in an annual flag-waving march.

Palestinian medics have said more than 305 Palestinianians have been hurt in the latest round of violence, including 205 who required hospital treatment and seven of whom was critically unwell.

The Israeli police force said 12 officers were injured, with one needing hospital treatment.

In a statement, police alleged extremists were behind the violence and said it would “not allow extremists to harm the safety and security of the public”. 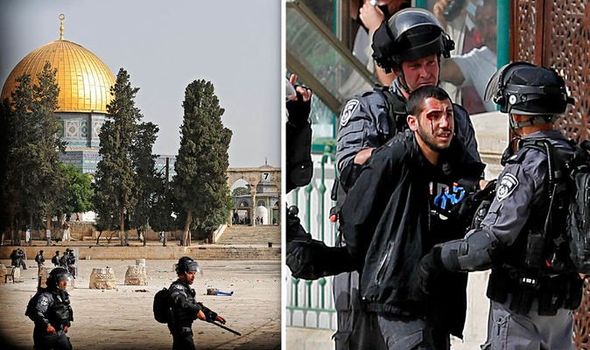 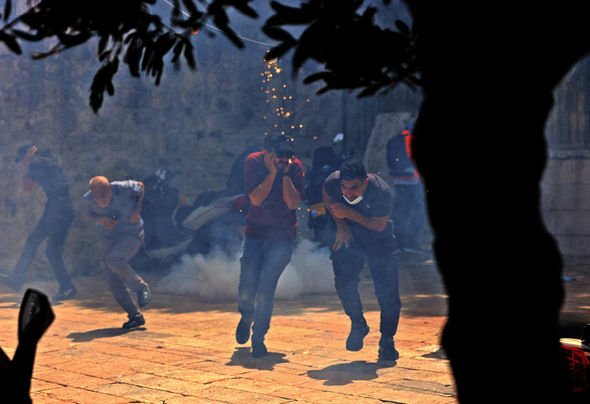 During clashes outside the Old City Walls, footage showed a white car being pelted with stones before it crashed into a bollard and hit a Palestinian protester.

The shocking footage shows the downed man getting up and limping away while an armed Israeli police officer runs in to protect the driver, believed to be Israeli, who faced more rock-throwing.

A spokesman for Prime Minister Benjamin Netanyahu, Ofir Gendelman tweeted: “Extremist Palestinians planned well in advance to carry out riots today on the Temple Mount. What we see now is the result of that.” 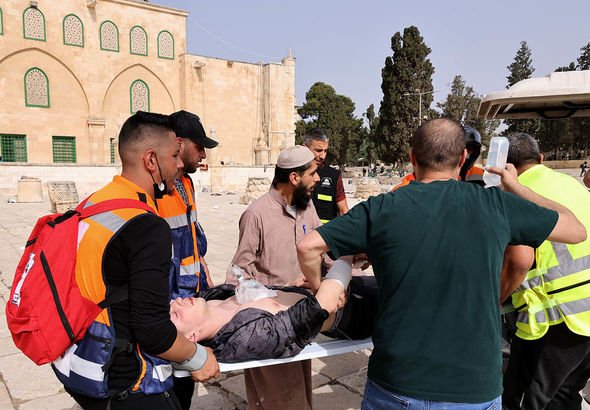 Jerusalem Day marks the day East Jerusalem, which is home to the Old City and its holy sites, was occupied in 1967.

This year’s event took place during the final days of the Islamic holy month of Ramadan which began last month. 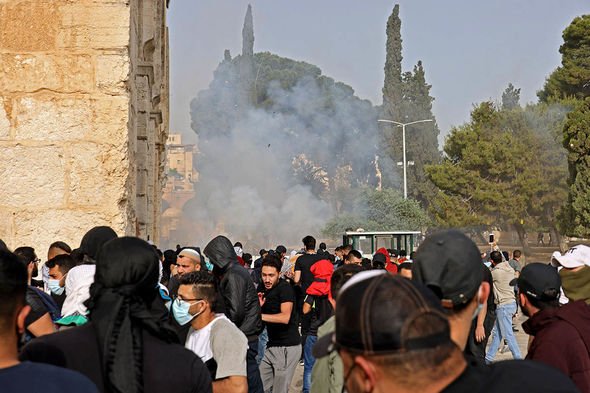 The Palestine mosque is considered to be the holiest mosque in Judaism and the third holiest site in Islam.

Violence erupted a few days ago as Palestinians waited on a Supreme Court ruling about the potential eviction of Palestinian families from their homes by Jewish settlers.

A hearing on the long-running case was due to take place on Monday but was postponed amid the unrest.

The UN Security Council will meet on Monday to discuss the situation.

A lower court previously found in favour of Jewish settlers’ claim to the land on which the Palestinians’ homes are located, a decision seen by Palestinians as an attempt by Israel to drive them out of contested Jerusalem. 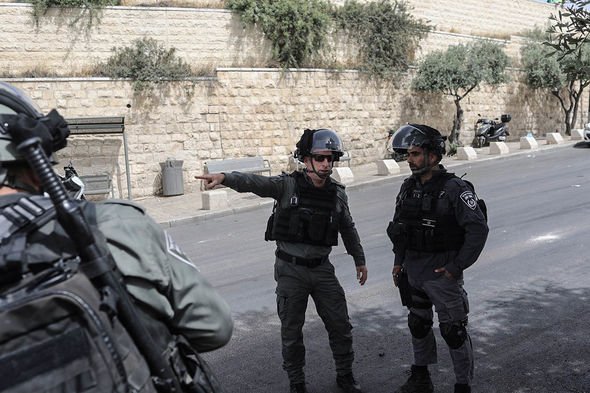 Israel’s police said thousands of Palestinians had barricaded themselves into the Al-Aqsa Mosque overnight with stones and Molotov cocktails in readiness for the Jerusalem Day Flag March.

An Associated Press photographer who witnessed the clashes said that some worshippers had barricaded gates to the compound with wooden boards and scrap metal.

Police stormed the mosque in a bid to clear the compound.

Officers had been ordered to enter the mosque to “repel the rioters using demonstration dispersal methods” on Monday morning after a police post was attacked and stones were thrown towards a nearby road.