ISLAMABAD/DHAKA (Reuters) – Police in Pakistan will enforce a strict lockdown to prevent people from going to mosques to offer Friday prayers and fuel a rise in coronavirus infection, officials said, after failing to prevent large congregations last week. 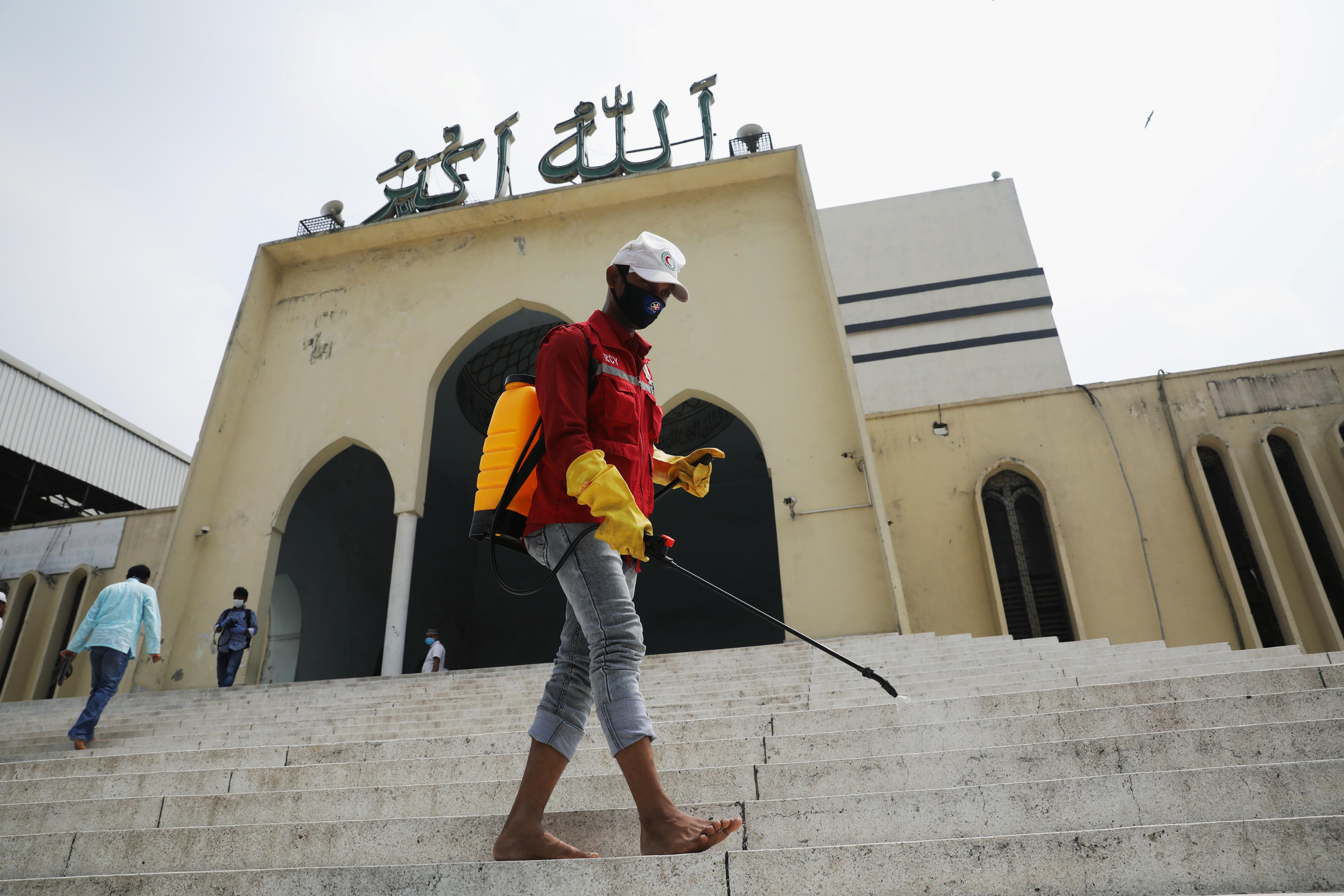 Health experts have warned of an epidemic in South Asia, home to a fifth of the world’s population, that could easily overwhelm its weak public health systems.

But authorities in Pakistan and Bangladesh, another Muslim majority nation, and even India have struggled to persuade conservative religious groups to maintain social distancing in order to curb the spread of the virus.

The government in Pakistan’s southern province of Sindh, home to the country’s largest city, Karachi, will enforce a “curfew-like” lockdown for three hours beginning 12 noon Friday to deter people from coming out of their homes for prayers, officials said.

“In the greater interest of saving lives, a decision to ban the prayer congregations at mosques has been taken following a meeting of clerics from all schools of thought. Islamic Sharia allows it,” said Syed Nasir Hussain Shah, Sindh’s minister for local bodies and information.

Pakistan has reported 2,386 people infected with coronavirus, the highest in south Asia, fuelled by a jump in cases related to members of Tablighi Jamaat, a Sunni Muslim group, which had planned a congregation in the city of Lahore last month.

The meeting was postponed but by then hundreds of people had already arrived at the premises and they stayed on.

In Bangladesh, some people were expected to go to mosques even though the government appealed to them to stay at home to reduce the risk of infections.

Bangladesh’s top religious body, the Islamic Foundation, said elderly people and those with fever or cough, symptoms similar to those of COVID-19, should offer prayers at home.

Bangladesh, home to 160 million people is one of the world’s most densely populated countries. So far it has had 56 cases, including six deaths.

In India which is under a strict three-week lockdown, Prime Minister Narendra Modi sought to rally people, many of whom have lost their jobs because of the shutdown.

“We are not alone. All 1.3 billion of us are in it together,” he said in a video message.

The shutdown, which ends on April 14 has helped stem a big outbreak for now, but it has brought India’s economy to a shuddering halt and left millions without work.

Many are struggling for food and water and fleeing cities for their villages in the hinterland, triggering criticism that the government rushed through the shutdown and has hurt the poorest the most.

“I request all of us 1.3 billion Indians to switch off lights in our homes for nine minutes on Sunday, April 5 and to light a lamp or candle or use your mobile flashlights to mark this fight against the coronavirus,” Modi said.

India has had 2,069 confirmed infections, of whom 53 have died, low figures by comparison with the United States, China, Italy and Spain.

A fifth of the people who are infected with the coronavirus are either members of the Tablighi Jamaat, which held a gathering in a densely packed Delhi neighbourhood last month, or those who came in contact with them later.

Modi said social distancing must be maintained throughout, if India were to stop an epidemic which could overwhelm its public health system.

The World Bank on Thursday said it had approved an initial $1.9 billion in emergency funds for coronavirus response operations in 25 developing countries, with more than half the aid earmarked to help fight the fast-spreading disease in India.

“The poorest and most vulnerable countries will likely be hit the hardest,” World Bank Group President David Malpas said in a statement.

Following is data on the spread of the coronavirus in South Asia, according to government figures: 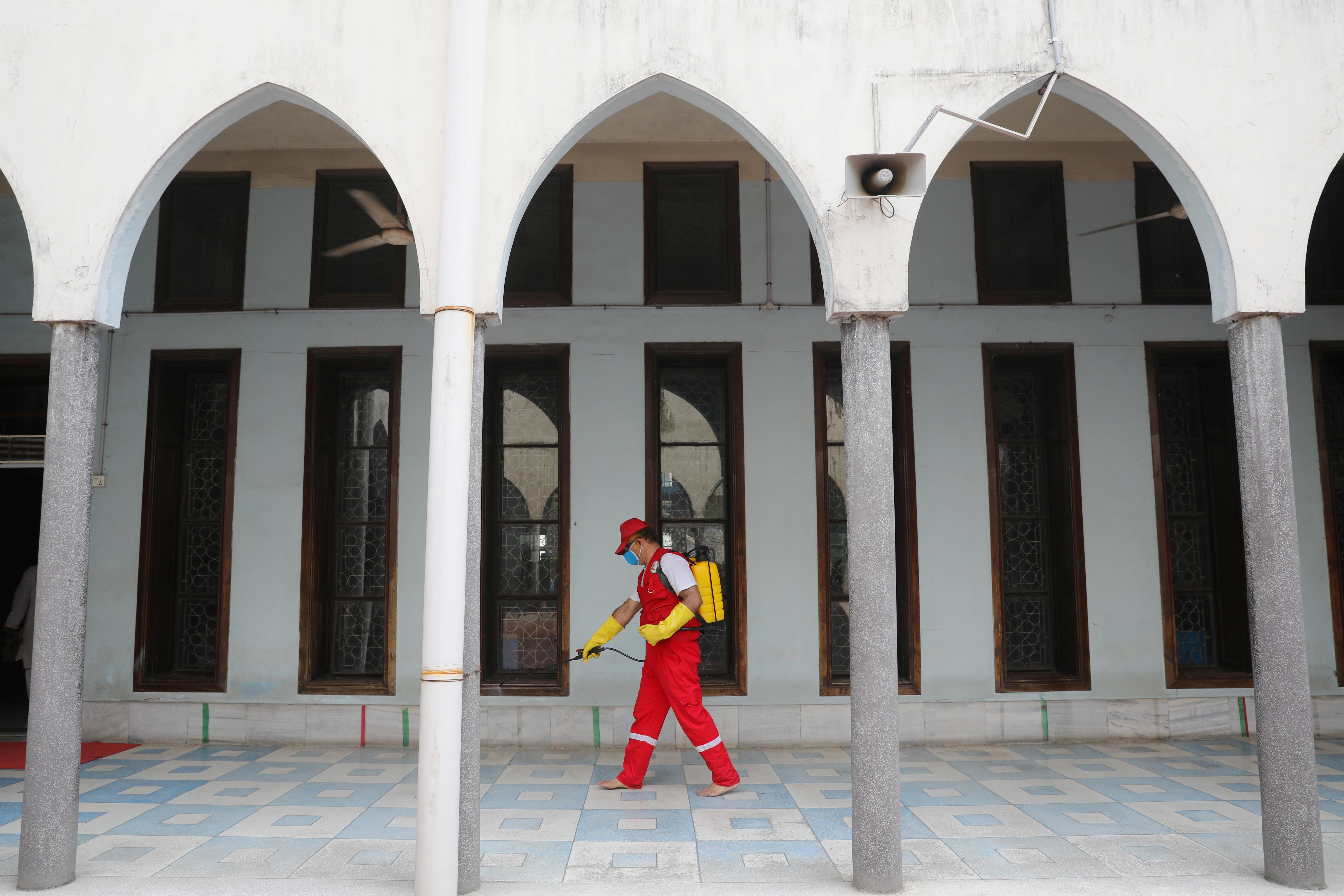 * Maldives has registered 31 cases and no deaths.

* Nepal has registered six cases and no deaths.

* Bhutan has registered five cases and no deaths