The dispute over Novak Djokovic’s visa to enter Australia has been “damaging on all fronts”, the Association of Tennis Professionals (ATP) has said.

The governing body of men’s tennis applauded the court’s ruling quashing the cancellation of Djokovic’s visa ahead of the Australian Open but called for greater clarity over the rules.

Djokovic had been forced to stay in a Melbourne hotel after being blocked by border officials last week ahead of the competition due to him being unvaccinated against COVID. 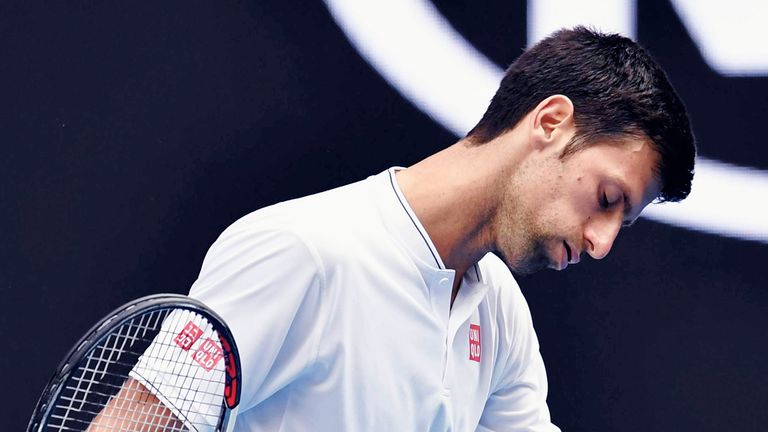 Judge Anthony Kelly ruled that Australia’s decision to revoke the Serbian’s visa was “unreasonable” and ordered him to be released from immigration detention.

The government has said it is still considering another way to deport him.

Following the courts ruling, Djokovic returned to practice on the tennis court, with photos showing him at Melbourne Park, the venue for the Australian Open – which starts on 17 January.

He has said, despite what has happened, he would like to “stay and try to compete” at the competition. 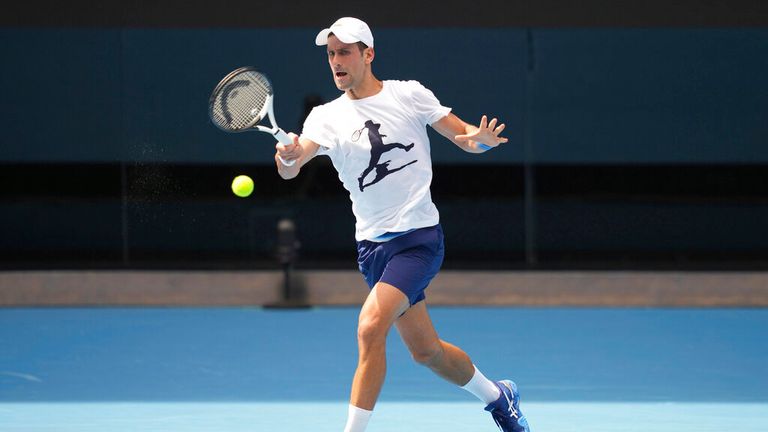 Questions have since emerged over a declaration form the world number one filed in order to travel to the country.

On the form, filed on New Year’s Day, Djokovic answered “no” to the question: “Have you travelled, or will you travel, in the 14 days prior to your flight to Australia?”.

He flew to Melbourne from Spain three days later but had appeared in photos posted to social media by journalist Jose Morgado from Belgrade on Christmas Day.

The ATP said the situation highlighted the need for a clearer understanding and communication of the rules, before adding that it strongly recommends all players get vaccinated against COVID-19.

A statement said: “The ATP fully respects the sacrifices the people of Australia have made since the onset of COVID-19 and the stringent immigration policies that have been put in place.

“Complications in recent days related to player entry into Australia have however highlighted the need for clearer understanding, communication and application of the rules.

“In travelling to Melbourne, it’s clear Novak Djokovic believed he had been granted a necessary medical exemption in order to comply with entry regulations.

“The series of events leading to Monday’s court hearing have been damaging on all fronts, including for Novak’s well-being and preparation for the Australian Open.” 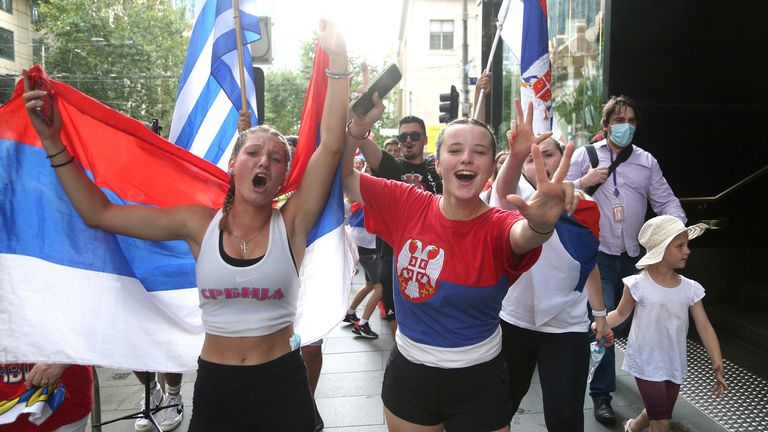 Australia has a policy barring non-citizens or non-residents from entering the country unless they are fully vaccinated against COVID-19.

It does allow for medical exemptions, but the government argued that unvaccinated Djokovic did not provide adequate justification for an exemption.

The court ruled Djokovic was treated unfairly by border force officials on his arrival and ordered his visa cancellation be overturned.

It did not, however, address whether his exemption – based on Djokovic contracting COVID-19 last month – was valid.

More than 95% of top 100 tennis players are vaccinated – ATP

The ATP added that it “continues to strongly recommend” vaccination for all players, and 97% of the top 100 tennis stars have already been inoculated.

“More broadly, ATP continues to strongly recommend vaccination for all players on the ATP Tour, which we believe is essential for our sport to navigate the pandemic,” its statement continued.

“This is based on scientific evidence supporting the health benefits provided and to comply with global travel regulations, which we anticipate will become stricter over time.”