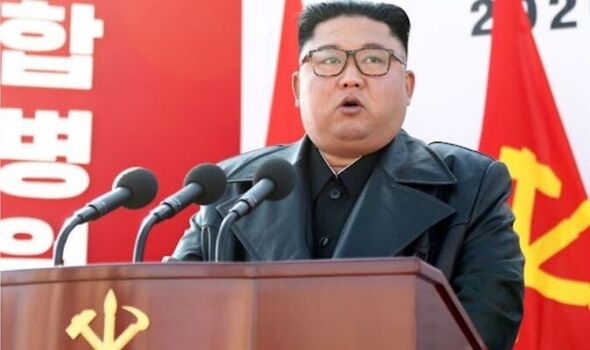 Officials in Seoul claimed the missile was fired at 2:07pm local time from the Sinpo area of North Korea’s east coast. A Japanese coastguard later confirmed the missile had fallen into the Sea of Japan.

The launches just this year show a huge increase, as the country conducted only four tests in 2020, and eight in 2021.

Leader Kim Jong-un has vowed to bolster the North’s defences and ramp up his development of nuclear arms at the “highest possible” speed.

It tested a variety of missiles last year amid stalled talks with the South and US.

Experts say Kim’s rhetoric and the wave of missile launches, offer a glimpse into his ambitions for his weapons program and in particular, his efforts to develop solid-fueled missiles that would be easier to hide from foreign spy agencies.