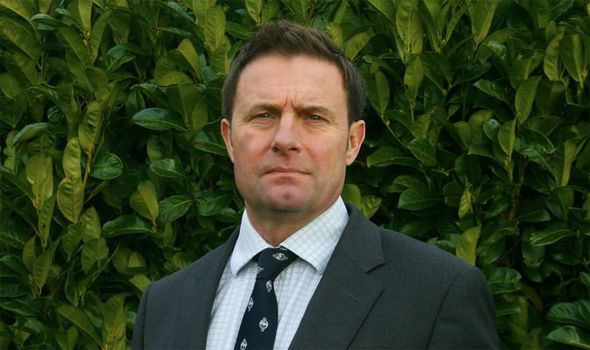 A key concern, said Col Hamish de Bretton-Gordon, is the lack of any policing of 3,000 Level 3 laboratories which contain deadly pathogens.

Many of these are to be found in “less reliable” countries such as Pakistan, Iraq, Syria, Iran. Mozambique and Russia, where the possibility of either a state-led or rogue, terrorist-led bio attack is “very real”.

Yet, while the UN’s Organisation for the Prohibition of Chemical Weapons (OPCW) has already eliminated 90 percent of the world’s chemical weapons, there is still no equivalent to combat the risk of biological pandemics despite the globally-crippling effects of Covid-19.

“In No time to Die, we see villains attempting  to use the smallpox virus. It’s far-fetched but not too far-fetched,“said Col de Bretton Gordon, who formerly led both the UK Chemical, Biological, Radiological and Nuclear (CBRN) Regiment and NATO’s Rapid Reaction CBRN Battalion.

“While, in the James Bond film, they tried to manipulate the DNA of the virus so that it targets specific people – which is unrealistic – manipulating a virus so that it’s more transmissible, by splicing it with Covid for instance, is not a million miles from reality.

“Synthetic biology has advanced incredibly over the last ten years and this is now achievable by people who don’t necessarily have a PHd.”

He added: “In Africa today there is a Marburg outbreak in Guinea. Like anthrax or Ebola, its mortality rate is 80 percent, compared with Covid’s 1-2 percent. Had a transmissible Marburg virus hit the UK instead of Covid, we’d have seen nine million deaths by now.”

“Whatever the cause of the Covid-19 outbreak in China, we know that there was a period of a week at the beginning of January 2020 when Beijing knew they had it, and yet allowed 80 million journeys in and out of Wuhan, infecting the world,“ he said.

“We also know that Russia is working on an ebola programme which, because of its very high mortality rate, would make a very good weapon if its transmissibility rate was increased.

“Out of a million scientists working around the globe, there are undoubtedly a few bad actors- those who would do stuff if they were forced or paid to by terror groups or the state.”

And jihadi groups have also been experimenting.

“Biowar is very much on the Jihadists’ agenda, and you can now get everything you need from the Dark Web,” he said.

“Had Covid been a terror attack, it would have dwarfed 9/11 by a factor of thousands. If I was an adversary, I’d be licking my lips at the thought of replicating what we’ve beenthrough.”

Al Qaeda is known to have experimented with biochem weapons, he said, while his book, Chemical Warrior, revealed how Islamic State had tried to put plague into refugee camps.

“An effective network, placed at airports and railway stations, for instance, which detects the presence of a pathogen and sends alerts could have quickly shut Covid-19 it down, here,”

The technology to do this is almost with us, and it is being designed by a UK firm.

Sedgefield-based Kromek has come a long way since its origins in 2003 as part of the University of Durham, and has already provided 25 countries with radiation detectors.

The small firm, which boasts just 170 employees in the UK and US, is working with the US’ Department of Defence on a global pandemic detection system and has already produced a completely autonomous detector which can detect traces of Covid-19 in moments.

Next year, a broader system able to detect any pathogen, will be ready for trial.

“People look at the weather forecast before deciding what clothes to wear. Data is what will drive us in every aspect of our lives in the future , whether it’s to understand threats or the spread of diseases. This is how we will get our lives back. But data can only be generated by better detection. ” said ceo Arnab Basu.

“Essentially, what we are developing is a capability to sample DNA sequencing and provide data over a whole network to build continuous, hour-by-hour profiles. And once it is running, it will be completely autonomous, with no need for scientific intervention or expertise.“

He added: “We already have KAPScan, a Covid-19 detection system, which collects air samples and, using DNA sequencing, detects the presence of Covid-19.  We have piloted this in schools, airports and are about to place them in hospitals, where it will provide various contamination levels in different wards and deliver results every 30 minutes.  Next year we will roll out a detector that can broaden out the search to many pathogens.

“In this connected world, one of the main routes for cross-contamination is airports and airliners. Having devices inside an aircraft which can alert to unknown threats means action can be taken quickly. And airliners will have the advantage of assuring passengers when there is no issue. “

But having the technology is only half the battle.

“The Government has rightly been focussing on problems that exist today. But now is the time to look ahead,” he added.

“This Government spent £37bn on test and trace. You could network the entire UK with detection capability for less than £1.5bn. Not only is this groundbreaking technology, it’s incredible value for money.

“But the Government must take the lead on this.”