Mount Etna: Lava overflows from volcano as it erupts

The first “arm” sprung from the south-east crater and is heading towards the Valle del Bove, which is deserted.

The second lava overflow was detected from the north side of the same crater.

There is intense Strombolian activity in the volcano located on the island of Sicily. 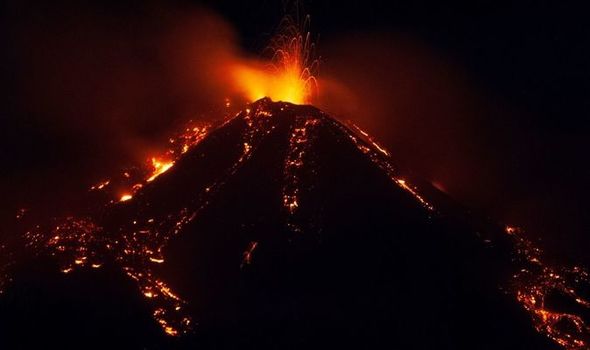 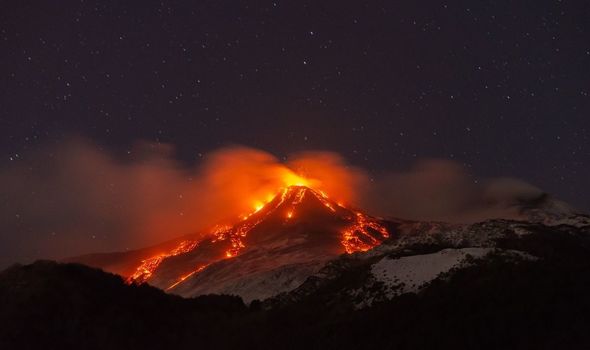 The phenomena are confined to the summit area of the volcano, but are also visible the hilltop town of Taormina, 30 miles away.

Boris Behncke, a volcanologist, said the lava was headed towards the east.

He tweeted on Sunday: “Since this morning, 17 January 2021, a little lava flow is oozing from #Etna’s Southeast Crater toward east, reaching a length of a few hundred meters.” 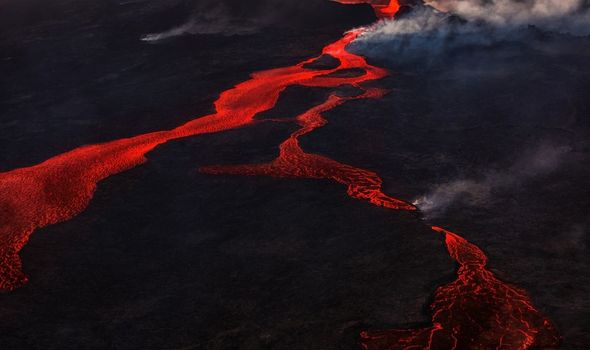 On Monday he offered another update on social media, sharing a video capturing the dramatic scenes at Etna.

Red hot ash can be seen being thrust out of the volcano.

He said: “After four weeks of moderate activity at its summit craters, #Etna has unleashed a new paroxysmal eruptive episode from its Southeast Crater on the evening of 18 January 2021.” 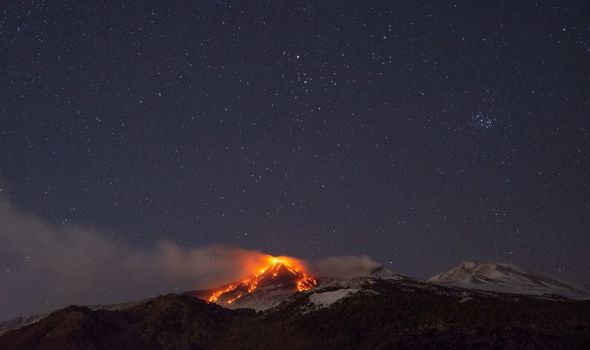 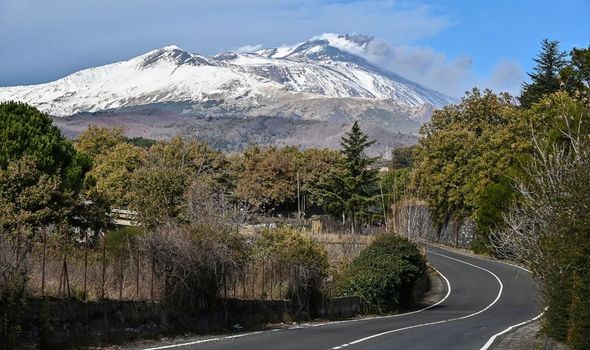 People living in the proximity of the famous volcano also took to Twitter to describe the scenes.

A British man named Peter said he was watching the eruption over a glass of wine from the comfort of his home.

He tweeted a stunning photo of the night sky lit up by lava.

He said: “Sitting in my garden with a glass of vino watching Mount Etna blowing.

Local authorities issued an ash warning after the pieces of the black stuff were found as far away as Fleri, 18 miles from Etna. 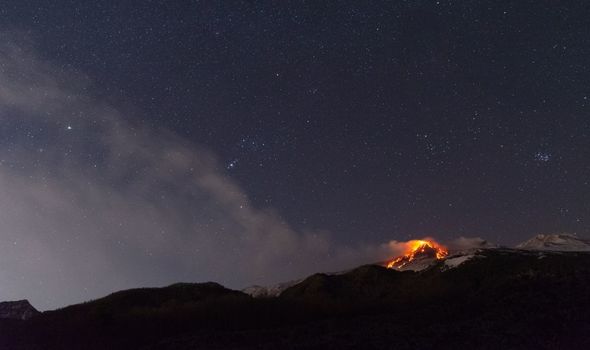 On Christmas Eve of 2018 Etna erupted, causing the closure of local airspace.

Two days later a magnitude 4.9 earthquake struck the nearby city of Catania.

Four people were injured and buildings were damaged. Thankfully, there were no fatalities.