Joe Biden warns Putin not to use tactical nuclear weapons

Russian President Vladimir Putin faces being forced out of power over military failures or the economy, according to a former commander who led the pro-Russian 2014 separatist uprising in Ukraine. In a rant to his supporters on YouTube, Igor Girkin, a former FSB colonel who led the pro-Russian rebellion in Donetsk, said: “All it will take is an outbreak of inflation or a few more military defeats to finish him off. You could say that the battle for the initiative that I have been talking about since June has been won completely by the Ukrainian Armed Forces. I am 99 percent, perhaps 100 percent, confident in our defeat.” He went on to further criticise the Kremlin, calling its invasion doomed to failure unless it orders a full mobilisation. Mr Girkin gained notoriety after being accused of killing 298 civilians when a Russian missile shot down Malaysia Airlines Flight MH17 in July 2014. 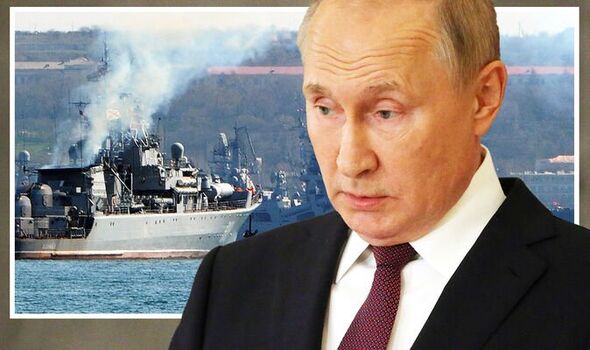 Liz Truss has pledged to spend at least £2.3 billion next year on military aid to help Ukraine fend off Vladimir Putin’s invasion.

Ms Truss announced the support as she prepared to fly to New York, where she will use a United Nations summit in the US to rally support in helping Ukraine fight Russia.

She will also try to rally world leaders to end energy dependence on Putin’s gas as he turns the taps off on the Nord Stream 2 pipeline.

Ms Truss said: “By turning off the taps of the Nord Stream gas pipeline, Putin has consigned millions of people in Europe to a colder and more difficult winter.

“Too many lives – in Ukraine, in Europe and around the world – are being manipulated by a dependence on Russian energy. We need to work together to end this once and for all.”

Ukrainian forces have grabbed back a village in Luhansk amid a growing number of victories in their blistering counter-offensive.

Ukraine has in recent weeks been pursing a number of counter offences, achieving more success and recapturing more ground than is likely to have been expected in the Kremlin.

Serhiy Gaidai, Ukrainian Governor of Luhansk, has announced that his country’s forces have regained full control of the village of Bilohorivka.

This is just five miles from the city of Lysychansk in the Luhansk region.

The fall of Lysychansk in July put Luhansk fully under Russian control.

Gaidai added in a post on his Telegram channel: “Luhansk region is right next door.

“De-occupation is not far away.”

Russia’s Black Sea fleet has relocated some of its submarines from the port of Sevastopol in Crimea to Novorossiysk in Krasnodor Krai, southern Russia, according to the latest intelligence briefing from the British Ministry of Defence.

The relocation is likely due to the recent change in the “local security threat level” in the face of increased Ukrainian long-range strike capability.

The briefing said: “The command of Russia’s Black Sea Fleet has almost certainly relocated its KILO-class submarines from their home port of Sevastopol in Crimea to Novorossiysk in Krasnodar Krai, southern Russia.

“This is highly likely due to the recent change in the local security threat level in the face of increased Ukrainian long-range strike capability.

“In the last two months, the fleet headquarters and its main naval aviation airfield have been attacked.

“Guaranteeing the Black Sea Fleet’s Crimea basing was likely one of Russian President Vladimir Putin’s motivations for annexing the peninsula in 2014.

“Base security has now been directly undermined by Russia’s continued aggression against Ukraine.”

Good morning from London. I’m Tara Fair, I’ll be bringing you all the latest developments on the war in Ukraine. Please feel free to get in touch with me as I work if you have a story or tips to share! Your thoughts are always welcome.