A school shooter tried to lure students out into the hallway by pretending he was a police officer, viral video footage shows.

Three people were killed after a 15-year-old boy opened fire at his Michigan high school on Tuesday, while eight others – including a teacher – were injured.

Several of them remain in critical condition, including a 14-year-old who is on a ventilator. 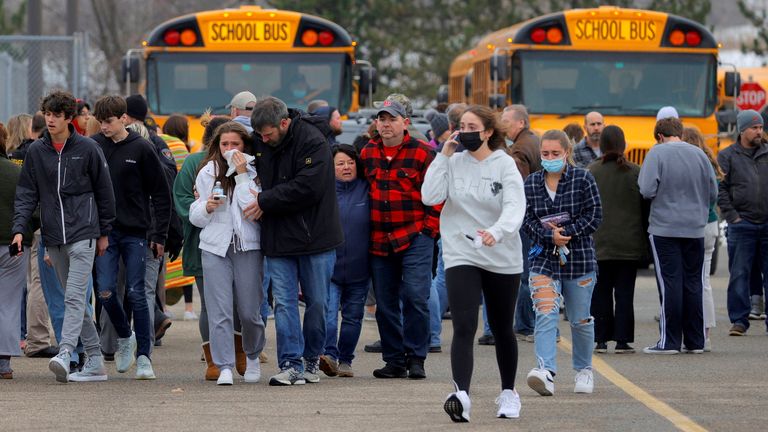 Chilling footage captured by a student shows classmates huddled beneath desks in a locked classroom as the gunman roams the halls.

He tries to convince his victims it is safe by shouting: “Sheriff’s office, you can come out.”

Although students seem relieved at first, one sceptical student refused to open the door, and said: “We’re not willing to take that risk right now.”

When the gunman shouted back, calling him “bro”, the terrified teenagers realised they had been tricked and scrambled to escape out the window. They eventually made it to safety, with genuine police officers telling them: “You are okay.”

The three students who were killed were 16-year-old Tate Myre; 14-year-old Hana St Juliana, and Madisyn Baldwin, 17. Mr Myre died in a patrol car as a deputy tried to get him to an emergency room.

The gunman is in custody after being arrested at the school, but his motive remains unclear – and the county sheriff said he is “not talking”.

He is suspected to have acted alone and was arrested without resistance after firing 15 to 20 shots.

Officers responded to the attack at Oxford High School in Oxford Township – a community of about 22,000 people 30 miles (48km) north of Detroit – at around 12.55pm following a flood of 911 calls. 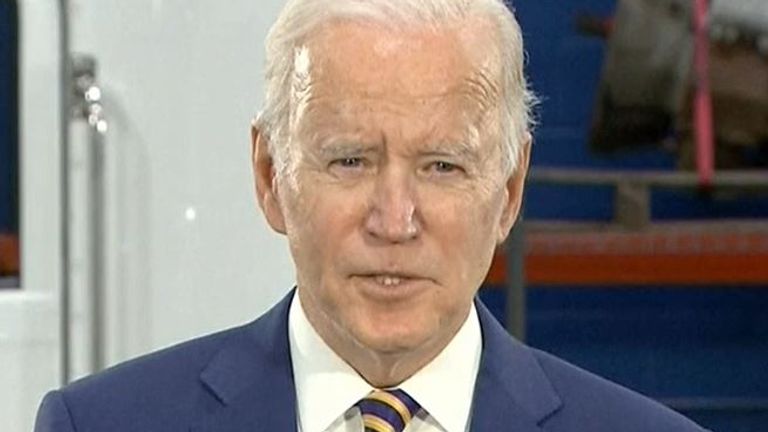 Mr McCabe said the student’s parents advised their son not to talk to investigators. Police must seek permission from a juvenile’s parents or guardian to speak with them, he added.

Authorities were made aware of posts on social media that said there had been threats of a shooting at the roughly 1,700-student school, but Oakland County Sheriff Michael Bouchard said they didn’t know about the rumours until after the attack.

Mr McCabe also downplayed the significance of an earlier incident when a deer head was thrown on the school roof in November, saying it was “absolutely unrelated”. 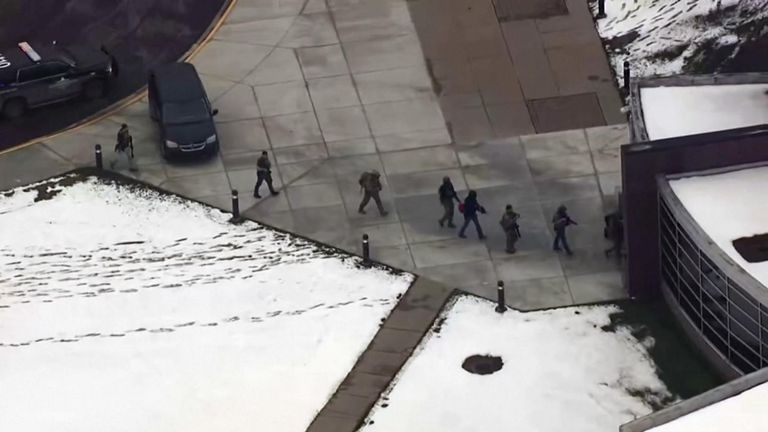 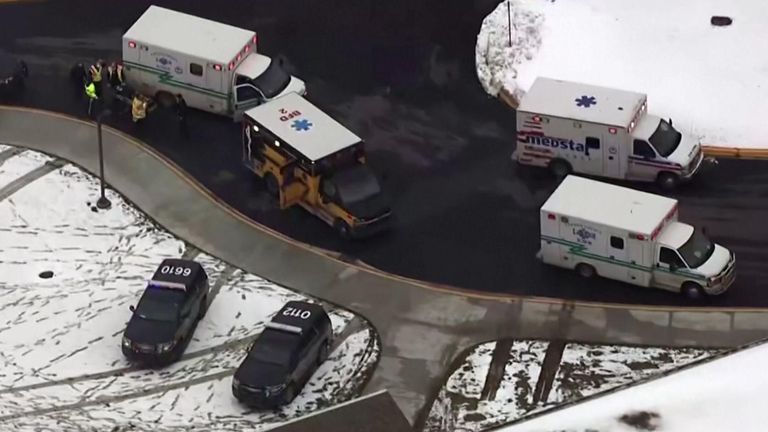 Sheriff Bouchard said the student in custody had no previous run-ins with his department and he wasn’t aware of any disciplinary history at school.

“That’s part of our investigation to determine what happened prior to this event and if some signs were missed how were they missed and why,” he said.