MEXICO CITY (Reuters) – The governor of a Mexican state roiled by clashes between security forces and demonstrators on Saturday apologized for police abuses and pledged to track down a number of people reported missing after the disturbances. 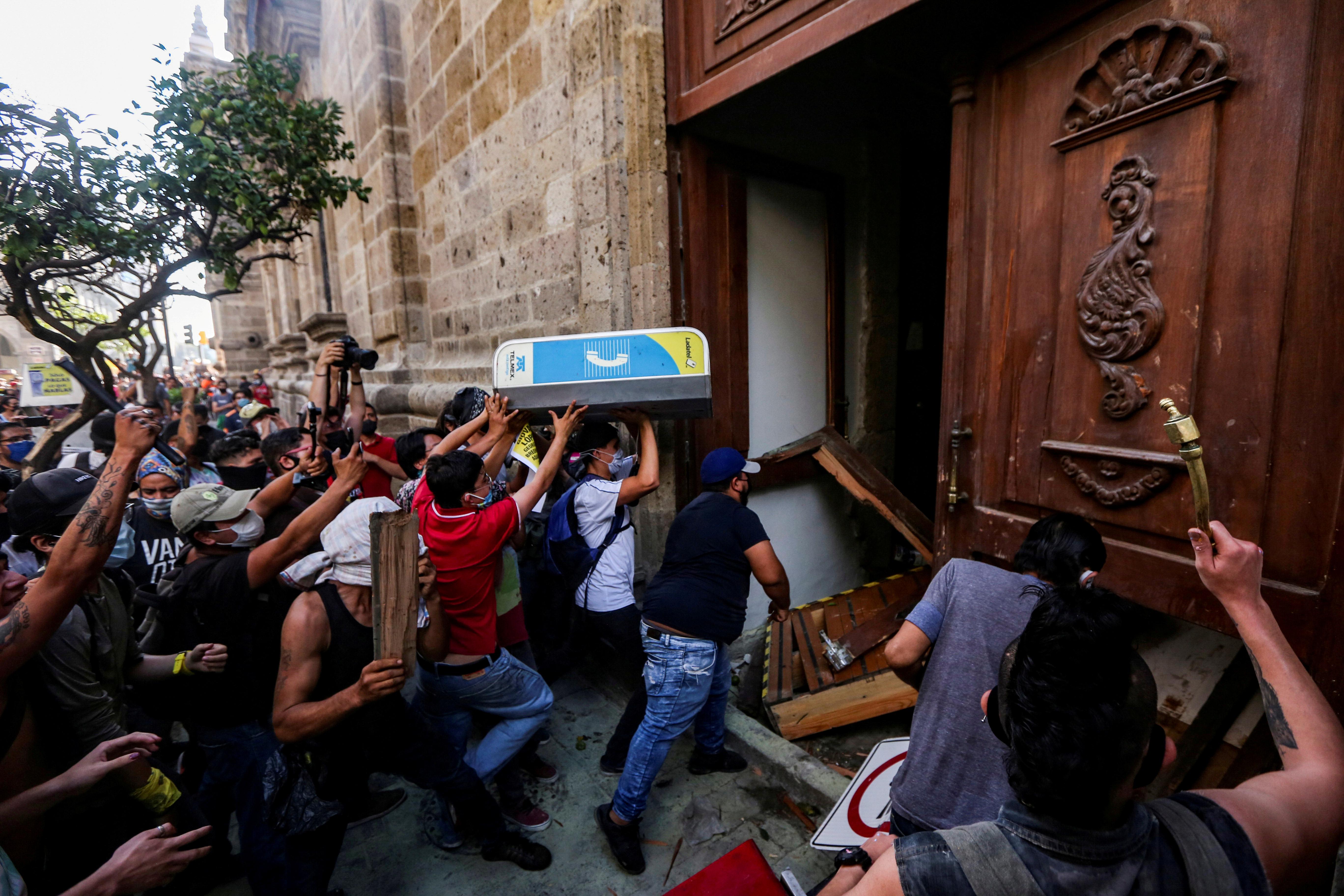 Enrique Alfaro, governor of the western region of Jalisco, said he was appalled that police in the state capital Guadalajara had on Friday beaten people who were demonstrating over the death of man in police custody last month.

“It embarrasses me, it distresses me, it greatly pains me as a man from Jalisco, and as governor,” Alfaro said in a video posted on Twitter.

After Friday’s clashes, local media reported more than a dozen people were missing after being abducted by armed men. Alfaro said he had given orders for the missing people to be tracked down.

The disappearance and apparent massacre of 43 student teachers in Mexico in 2014 sparked outrage and did lasting damage to the reputation of former president Enrique Pena Nieto.

Inspired by the case of George Floyd, a black American man who died in Minneapolis last month after a white police officer knelt on his neck during an arrest, protests over police abuses have flared up in other parts of the world.

Floyd’s death helped drive demonstrations over the fate of Giovanni Lopez, who died in police custody in Jalisco last month after reportedly being detained by municipal officers for not wearing a face mask to contain the spread of coronavirus.

A resulting demonstration triggered clashes and the arrest of protesters in Guadalajara on Thursday. Alfaro said he was had decided to release the detainees without charges.

A few dozen demonstrators assembled in Guadalajara for another protest on Saturday afternoon.