MEXICO CITY (Reuters) – Dozens of people waited in their cars and on the sidewalk at a laboratory in an upscale Mexico City neighborhood on Wednesday to be tested for coronavirus, eager for diagnoses despite the government’s insistence that not everyone needs to be tested. 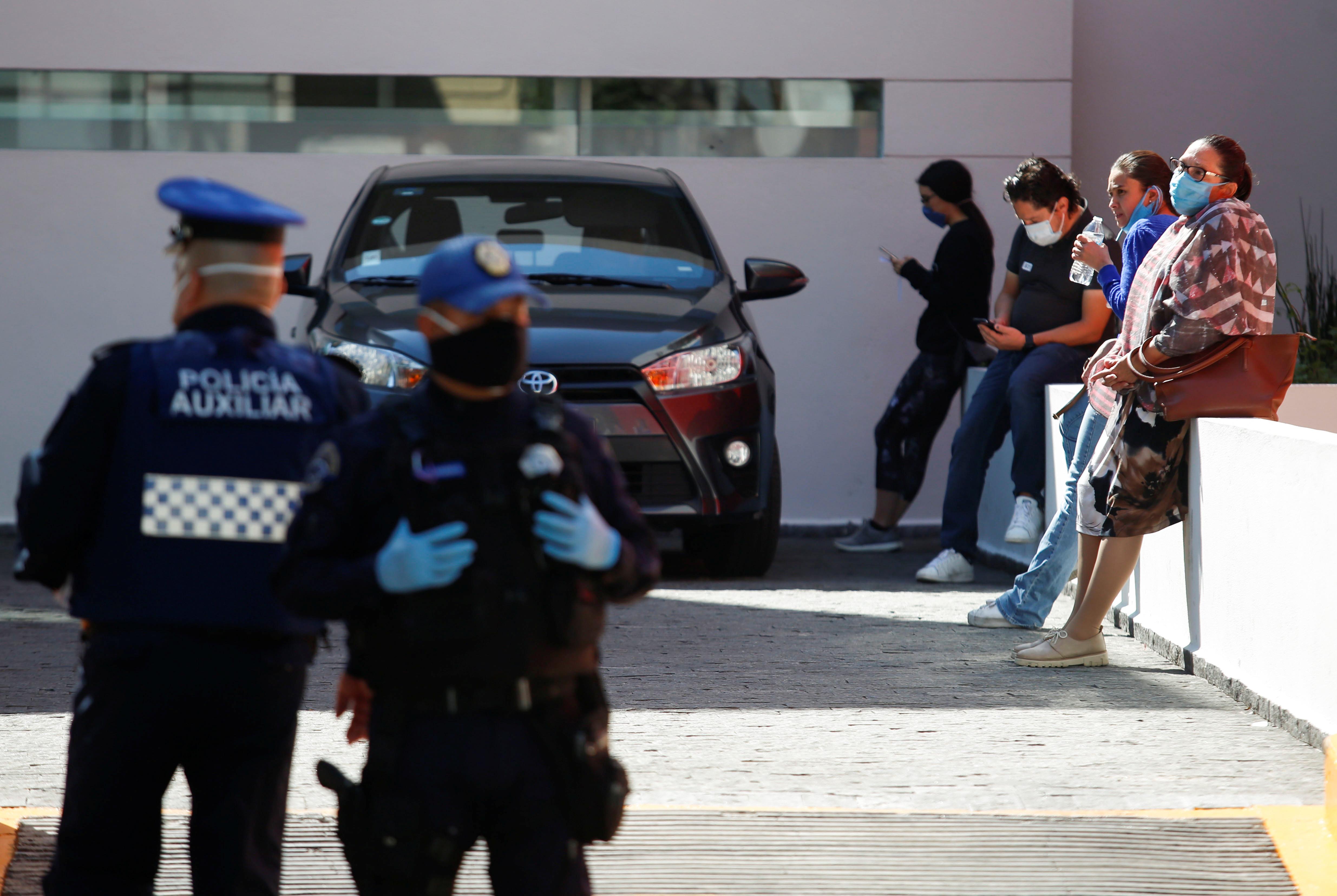 Mexico has reported 475 cases of coronavirus since detecting the first infection in late February, although some experts say the government’s limited testing means the true number could be higher. Six people with the virus have died.

Alejandra Quintero, 46, said she went to the Biomedica lab in Lomas de Chapultepec on her doctor’s recommendation because she had a fever and sore throat.

As a yoga teacher, she said she had been in contact with many people in recent weeks and wanted to warn them if she had caught the virus.

“My body hurts, I don’t have energy, I climb the stairs and I feel like I can’t breathe,” Quintero said, speaking from the drivers’ seat of her car with a surgical mask over her mouth.

She called on President Andres Manuel Lopez Obrador to do more public testing, noting that few people in Mexico can afford the fees at private labs such as Biomedica, which she said would charge 3,300 pesos ($137).

“If he really cares about his people, he should protect them,” Quintero said.

Mexico’s deputy health minister Hugo Lopez-Gatell has recommended that only people who are in a high-risk group – such as over age 65 or with chronic health conditions – should seek medical help, to avoid spreading the virus at healthcare facilities.

People with light symptoms and no medical emergencies should remain home and let the virus run its course, he said.

By Wednesday, Mexico had tested 2,445 people that it found negative for coronavirus and was monitoring 1,656 other cases, the health ministry said.

At Biomedica, lab clinicians wearing gloves, surgical masks, goggles, caps and full-body suits attended clients one by one, including lines of cars and people who waited outside with several feet of distance between them.

Alex, a young man wearing a blue surgical mask who requested his last name to be withheld out of concerns over privacy, said he returned from vacation in Las Vegas 10 days ago, and now had a sore throat and cough.

“It’s alarming that you can only get tested if you pay for it,” he said. “I’m going to go home and lock myself in until I get the results.”