As the High Court found that Dubai’s ruler authorised the hacking of his ex-wife’s phone, the Metropolitan Police has confirmed it dropped a probe into the allegations earlier this year.

The force said it had investigated the allegations against Sheikh Mohammed bin Rashid Al Maktoum when they were reported last year, but cited a lack of “further investigative opportunities” as the reason for closing it.

Earlier on Wednesday, the High Court ruled that the 72-year-old gave his “express or implied authority” for the phone of his sixth wife, Princess Haya, to be infiltrated with multimillion-pound spyware, Pegasus, during a legal battle over their two children. 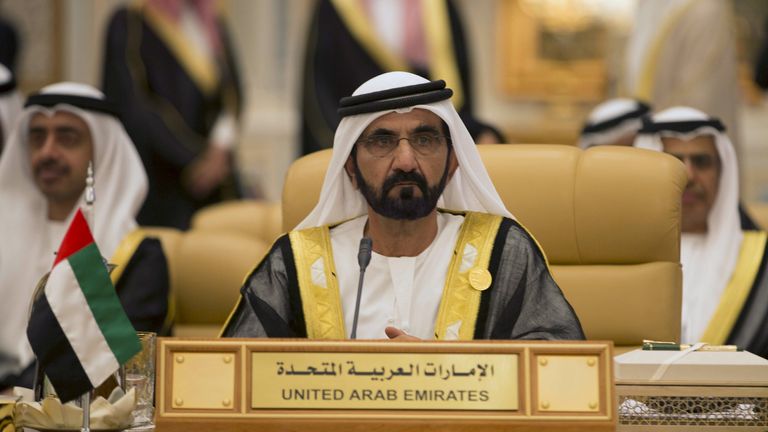 The vice president and prime minister of the United Arab Emirates (UAE) also authorised the use of Pegasus on her solicitors, her personal assistant and two members of her security team, it was found.

A Met Police spokesperson said that in 2020, the force received “multiple allegations of crime including unauthorised access and interception of digital devices and offences contrary to the Computer Misuse Act relating to six complainants”.

Detectives from the Met’s Central Specialist Crime Command launched an investigation and “significant inquiries” were carried out for five months.

“All lines of inquiry were explored as far as possible”, the spokesman said.

“In February 2021, due to no further investigative opportunities, the investigation was closed.

“We will of course review any new information or evidence which comes to light in connection with these allegations.” The use of the Pegasus spyware, which is manufactured by the NSO Group and sold exclusively to nation-states, came to light in August 2020 when the wife of former prime minister Tony Blair, Cherie Blair, told Princess Haya’s solicitor, Baroness Shackleton, that she may have been hacked, the court heard.

Mrs Blair, who was an NSO adviser at the time, contacted the Conservative peer after she was told that the software may have been “misused”.

NSO told the court it could not disclose who its customers were, but confirmed that an unnamed customer’s contract had been terminated within weeks of the discovery.

Sheikh Mohammed has denied all allegations of hacking.

He said in a statement: “I have always denied the allegations made against me and I continue to do so. These matters concern supposed operations of State security.

“As a Head of Government involved in private family proceedings, it was not appropriate for me to provide evidence on such sensitive matters either personally or via my advisers in a foreign court. Neither the Emirate of Dubai nor the UAE are party to these proceedings and they did not participate in the hearing.

“The findings are therefore inevitably based on an incomplete picture.”

Sir Andrew McFarlane – the most senior family judge in England and Wales – found that at least a “very substantial” 265 megabytes of data had been taken from Princess Haya’s phone, equivalent to around 24 hours of voice recordings or 500 photographs, but it was not known what data had been lifted.

In the latest judgments, Sir Andrew ruled that it was more likely than not that the at least attempted surveillance of six phones “was carried out by servants or agents of the father, the Emirate of Dubai or the UAE and that the surveillance occurred with the express or implied authority of the father”.

Princess Haya originally fled the UAE for England in early 2019 with her two children, claiming she was “terrified” of her husband.

She applied for the children to be made wards of court, as well as applying for a forced marriage protection order in relation to Jalila and a non-molestation order for her own protection. Sir Andrew did not find that the hacking in either July or August 2020 was related to what was happening at that time in the ongoing legal battle over the two children.

He added in a separate judgment that the proceedings had been “characterised by coercive and controlling behaviour of a high order” by the sheikh.

Last year, Sir Andrew found that Sheikh Mohammed “ordered and orchestrated” the abduction and forced return to Dubai of two of his adult daughters: Sheikha Shamsa, 40, in August 2000 and her sister Sheikha Latifa, 35, in 2002 and again in 2018.

Latifa’s second attempted escape from the UAE made headlines around the world.