While May broke records for the sunniest month on record in the UK according to the Met Office, so far June has not been as impressive with its weather patterns. Much of the UK is forecast to see rain today (Wednesday, June 10), but the temperature could be rising over the next few days. Here are the latest weather forecasts, maps and charts.

Rain is likely to be commonplace across much of the UK today, with Scotland expected to see the most.

However, according to the Met Office, a “warming trend” could make an appearance later this week.

He said: “As we move through into Wednesday, another wet day for Scotland as the rain continues to affect the northern portion of the UK. 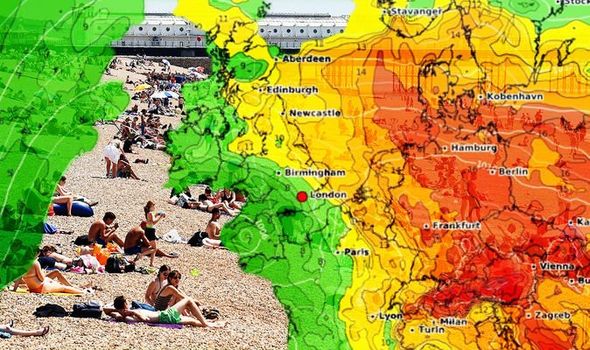 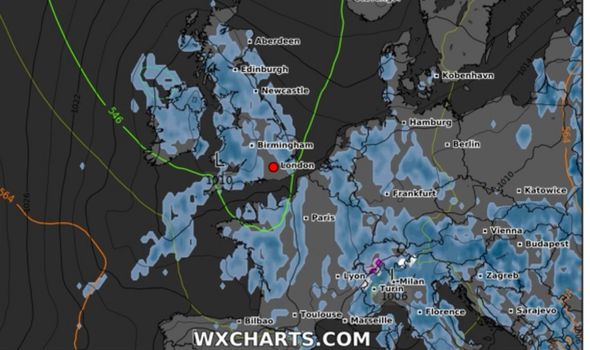 “Still showers across many parts of the UK and little bits of that band of rain reaching southern parts, but not to the same extent.

“However as we get later into the day there is some heavier rainfall which could be affecting Wales and the southwest of England as we go into the evening on Wednesday that will stick around overnight, so potentially some quite heavy rainfall through Wednesday evening and overnight into Thursday.

“For Wednesday temperatures go down a little bit, 17C in London and 11C in Aberdeen, as an example.”

From Thursday the mercury could well be on the rise, with some regions potentially seeing highs of 23C this weekend. 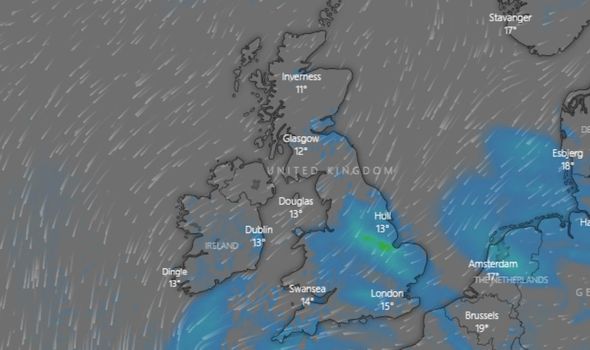 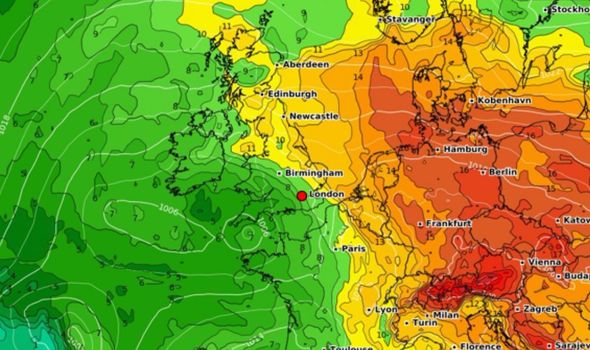 Mr Claydon added: “On Thursday morning there will still be some rainfall around in the southwest but that will continue to clear southwards, and the northern half of the UK then starting to dry up a little bit through Thursday morning.

“A drier and ultimately brighter day as the cloud reduces through Thursday in the northern half of the UK, however still quite a bit of rainfall around in the south.

“From Thursday the trend towards the weekend is the unsettled nature of the weather continues, with spells of rain and showers at times, but also a warming trend, with temperatures increasing as we go towards the end of the weekend.

“By the time we get to Sunday we’re back to possibly 23C in London and 20C in parts of Scotland as well.”

With many of us longing for the warmer days of May, some may be wondering when the hot weather could make a return for the summer.

Long-range forecasts for the rest of June remain quite uncertain, but the Met Office predicts the northwestern areas of the UK are likely to see the best of the sun over the next few weeks.

Many parts of the UK will also see rainfall and potentially thunder during this period.

The Met Office long-range forecast for Sunday, June 14 to Tuesday, June 23 states: “Dry on Sunday for many with sunny spells after any patchy fog clears. 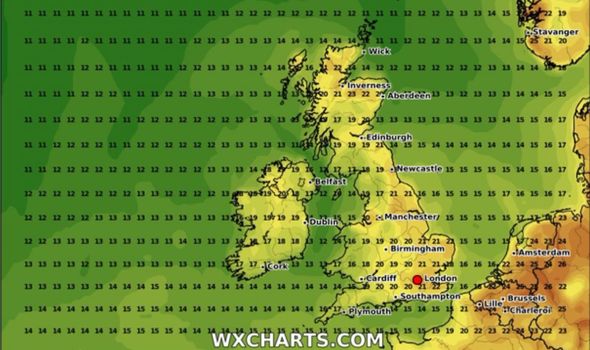 “Northeastern parts, however, may see some rain or drizzle with scattered, perhaps heavy, showers in the west and southwest.

“The weather becomes rather mixed through the rest of the period with all parts seeing some drier and sunnier spells but with the chance of showers developing.

“The showers may be heavy and merge into longer spells of rain at times with a risk of thunder also, although thunder mainly in southern or southwestern parts of the UK.

“Northwestern areas will likely see the best of any drier and sunnier conditions.

“Eastern coasts will often be cooler with mist here at the start of the period. Elsewhere though temperatures will be warm or very warm at times.”