View host Meghan McCain came under fire after a rant on the problems of identity politics impacting America. She argued that the progressive left would have crucial questions to answer regarding the impact of a fixation on race and gender. She claimed that America is getting to a point where race and gender are becoming more important than skills and qualifications to do a job well.

Many viewers were quick to turn to Twitter to voice their frustration at the View host’s comments.

Ms McCain said: “We are going to a place where even if people need money, if people are qualified to get into IVY leagues race and gender is more important than skill qualifications and the content of your character.

“It is not what Martin Luther King preached and I think it is a very slippery slope.

“I was very surprised to hear someone like Tammy Duckworth say something like that, from a lot of people not just people on the right. 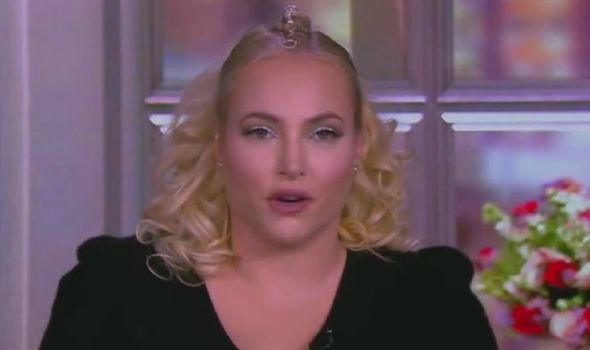 “I think this is just the natural progression of identity politics.

“The View is 25 years old next year and we have only ever had one Asian American host co-host this show.

“Does that mean one of us should be leaving at some point because there is not enough representation?

“We are talking about if identity politics is more important than the qualifications for a job and I think that is a question the progressive left is going to have to reconcile.”

Despite some fans agreeing with Ms McCaine’s comments, many were quick to lash out at the host.

Many attacked the host and insisted she was not qualified to host the show.