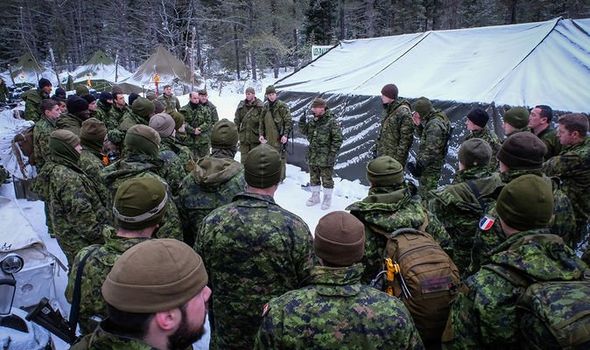 Arnaud Montebourg said on Thursday that the French army preferred a Chinese manufacturer for a jumper contract over Regain, a French company which already has several contracts with the military, during a visit to their factory. The Ministry of the Armed Forces denied that this was the case, according to France Bleu.

Reacting to the allegation, MEP Gilbert Collard tweeted: “The French army prefers a Chinese manufacturer to a French company for its jumpers: treason!”

Mr Montebourg said: “The company lost an order from our army, which preferred to supply itself with products made abroad.”

Laurent Brunas, manager at Regain, said: “In France, the minute cost of a person working in the garment industry is around 0.50 euro cents.

He added: “There are products today which are not at all expensive, which are of very low quality and every year you have to buy new ones. When buyers take into account the cost of ownership, they realise that it is an investment and that the products have a life span of four to five years.”

The Ministry for the Armed Forces responded that the army jumpers were now being manufactured by two French companies, Saint James and Leo Minor.

“There has never been a contract with Chinese subcontractors, neither on the manufacture, nor on the origin of the textile,” the ministry said.

It uses 78 percent French suppliers for the clothing of its soldiers, it added.

This did not stop other French political figures reacting strongly to the claim.

“It is time for French taxpayers’ money to support the French economy”.

And Frexiteer Charles-Henri Gallois wrote: “Public procurement should be reserved, whenever possible, for companies that produce in France.

“Of course, this is forbidden by the EU!”