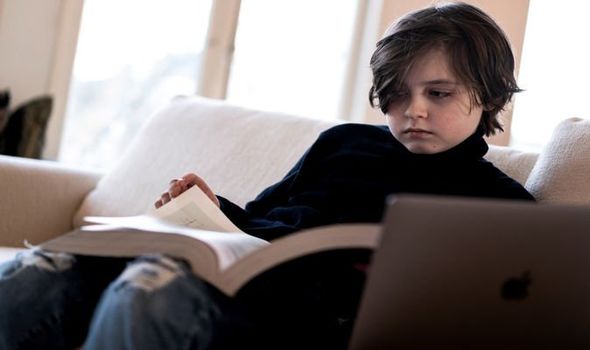 Laurent Simons, 11, who is half-Belgian and half-Dutch, completed a bachelor’s degree with distinction from the University of Antwerp in just 18 months. Laurent, who is nicknamed ‘Little Einstein’, graduated with 85 percent, higher than all other students, and completed the course in one year, rather than the usual three.

The child prodigy is the youngest physics graduate in the world and the second-youngest to graduate in any subject, behind Michael Kearney, who received his degree in anthropology aged 10 in 1994.

Speaking to Dutch newspaper De Telegraaf, Laurent said: “I don’t really care if I am the youngest, it is all about getting knowledge for me.

“This is the first puzzle piece in my goal of replacing body parts with mechanical parts. Immortality, that is my goal.

“I want to be able to replace as many body parts as possible with mechanical parts. I have mapped out a path to get there. You can see it as a big puzzle. Quantum physics—the study of the smallest particles—is the first piece of the puzzle.”

A spokesperson from the University of Antwerp confirmed Laurent’s graduation. They told The Brussels Times: “Simons has been studying for his bachelor’s degree in physics since March 2020, and he now graduated with 85 percent, which is the highest distinction.

Laurent’s parents, Alexander and Lydia, are now planning his master’s degree where he hopes to study in several countries, including the UK.

Alexander said: “As well as his home country, Belgium, he will be studying in the US, Israel and the UK, too.

“The UK is the foundation of modern civilisation. Lots of the world’s best universities are located there so the UK had to be on the list.”

Laurent started secondary school aged six and university at eight. He was enrolled at Eindhoven university in the Netherlands but switched to Antwerp in Belgium after a row with authorities over his exam schedule.

After Laurent dropped out of Eindhoven University, Alexander accused the college of criticizing him for all the media attention his son was getting at the time showcasing his intelligence.

He told Dutch newspaper De Volkskrant: “If a child can play football well, we all think the media attention is great. My son has a different talent. Why should he not be proud of that?”