Lionel Messi has been greeted by football fans in the French capital after he agreed to join Paris Saint-Germain on a two-year contract.

The six-time Ballon d’Or winner has chosen to move to the French club on a deal worth £25m per year after tax, plus bonuses, following his Barcelona exit last week.

PSG and Messi will have the option of extending his stay for a third year, while the forward will also receive a £25m signing-on fee. 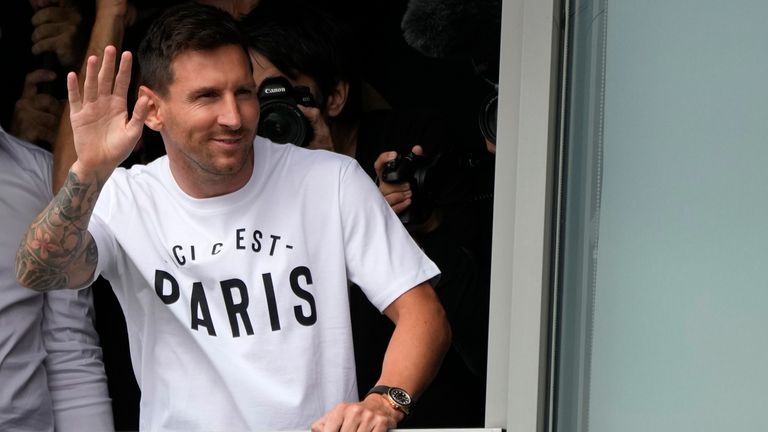 Ahead of his move to PSG, Messi flew to Paris and was greeted by jubilant supporters, smiling and waving from Le Bourget Airport.

He is expected to undergo a medical before an official announcement from his new club, who have released a video teasing the signing.

Neymar, who played with Messi at Barcelona and now plays for PSG, has welcomed Messi to Paris and posted a video of the pair together with the caption “back together” on his Instagram story.

The football superstar, who joined Barcelona at the age of 13, was set to extend his 21-year stay at the Spanish giants by signing a new five-year deal this summer.

However, the club announced last Thursday that “financial and structural obstacles” meant the deal could not be completed, meaning Messi left as a free agent.

The 34-year-old Argentinian said he wanted to stay at Barcelona and “did everything” he could to remain at the club, including agreeing to a 50% wage cut. 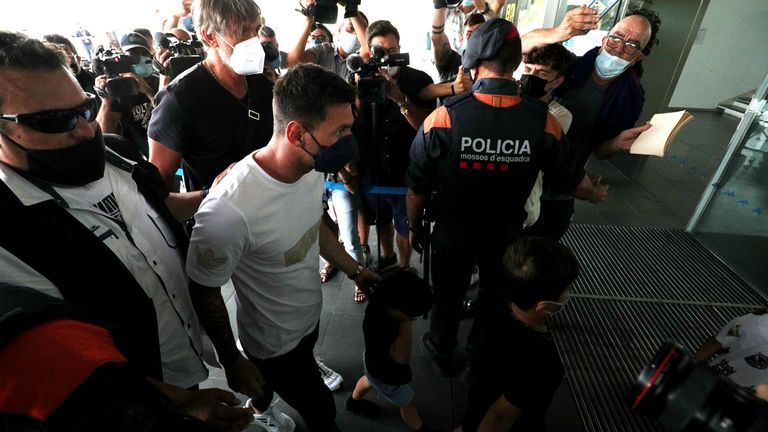 However, Barcelona are hamstrung by La Liga’s rules on club spending and even halving Messi’s pay was not enough to ensure he remained at the Nou Camp.

Messi is now set to join PSG, with their potential to compete for major trophies – including the Champions League – understood to be a key factor in his decision to move to France.

Messi is also believed to be keen to reunite with Neymar, with whom he won two La Liga titles, three Copa del Reys and the Champions League during their time together at Barcelona. 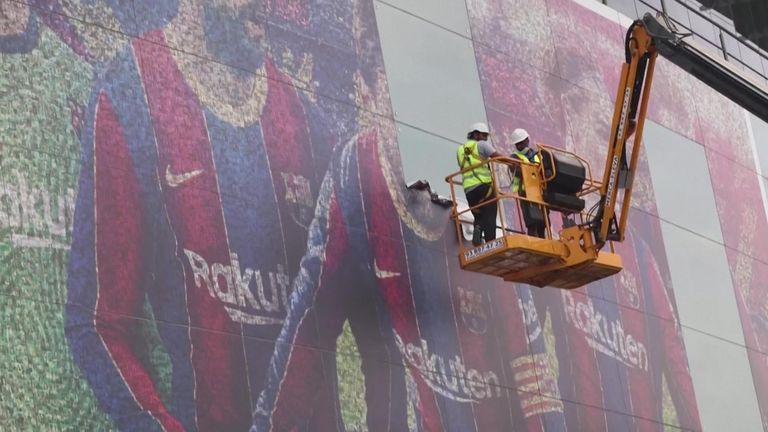 Asked about a move to PSG at his farewell press conference last weekend, Messi said: “That is one possibility, to reach those heights.

“I had a lot of calls, a lot of interested clubs. At the moment, nothing is closed, but we are talking about a lot of things.”

Messi said he did not want to leave Barcelona in an emotional farewell news conference on Sunday. 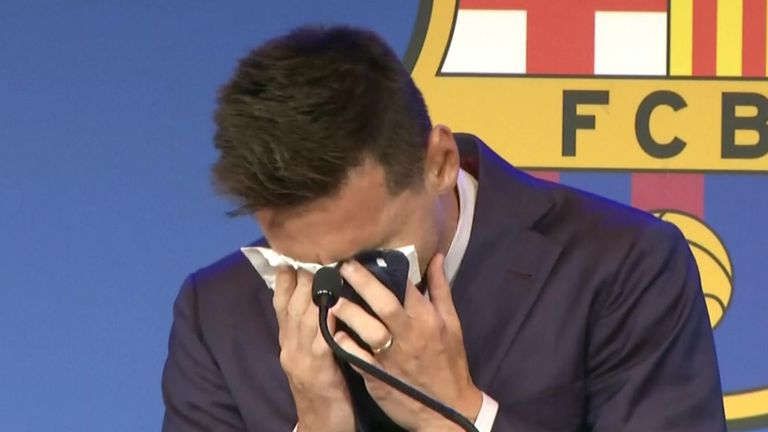 He was in tears as he received a standing ovation in his final appearance at the club, to announce the end of his 21 years there.

“This year, my family and I were convinced we were going to stay at home, that’s what we all wanted more than anything,” said Messi.

“We’d always made this our own, we were at home. We thought we would be staying here in Barcelona. But today, we have to say goodbye to all of this.”

According to air traffic site FlightRadar24, some 119,000 people tracked Messi’s flight to Paris.