Lapland has recorded its hottest temperature for more than a century after hitting 33.6C (92.5F) during a heatwave which has been gripping Finland.

The figure at the Nordic country’s Utsjoki-Kevo weather station near the border with Norway was recorded by the Finnish Meteorological Institute on Monday.

It marks the warmest day in Lapland since 34.7C (94.5F) was registered in the Inari Thule area in July 1914 – and comes as extreme heat grips other parts of the world, including in North America.

For many Britons, Lapland is associated with Christmas and is known for its cold climate and long winters, while the summers are normally intense and short with average day temperatures sitting around 20C (68F).

Jari Tuovinen, from the Finnish Meteorological Institute, told public broadcaster YLE that it was “exceptional” for Lapland to record temperatures of over 32C (90F).

He said the current heatwave is a result of prevailing high pressure causing warm air in the area.

“Warm air has been brought in from central Europe to the north through the Norwegian Sea,” Mr Tuovinen said.

It comes after Finland registered its hottest temperature for June since records began in 1844 and as Nordic neighbours Norway and Sweden also endured sweltering heat in the north, with the Norwegian municipality of Saltdal recording 34C (93F) this week.

While Scandinavia endures a heatwave hundreds of people are feared to have died in North America due to extreme conditions.

Temperatures have reached as high as 50C (122F) in Canada while in the US, cooling centres were set up as the mercury climbed to around 46C (115F) in western cities such as Seattle and Portland. 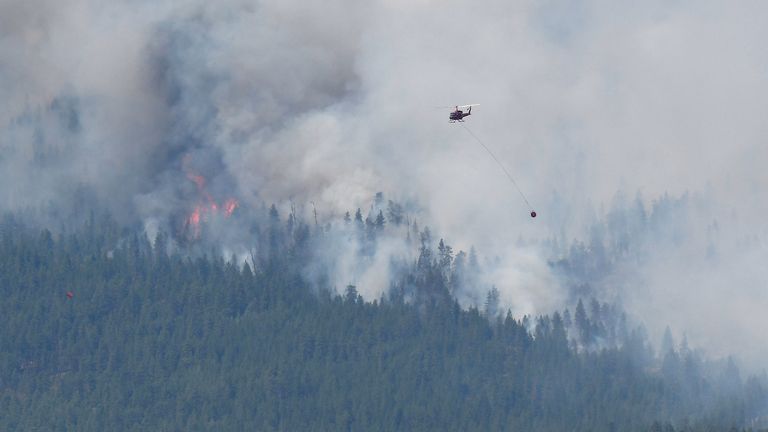 The month of June was also the hottest on record in New Zealand, with temperatures at 24 locations around the country reaching a new all-time high.

Last week, UN scientists confirmed that Antarctica, one of the fastest-warming places on the planet, had registered its hottest-ever temperature of 18.3C (64.9F), which was taken in 2020.

Following the verification of the figure, experts said it was “consistent with the climate change we are observing”.