Two more earthquakes have rattled the Spanish island of La Palma amid a fresh surge of lava from an erupting volcano.

Part of the volcano’s crater has also collapsed – two weeks after the eruption on what is one of the Canary Islands situated off northwest Africa.

Spain’s National Geographical Institute said it recorded two quakes on Monday that had a magnitude of more than 3.0. 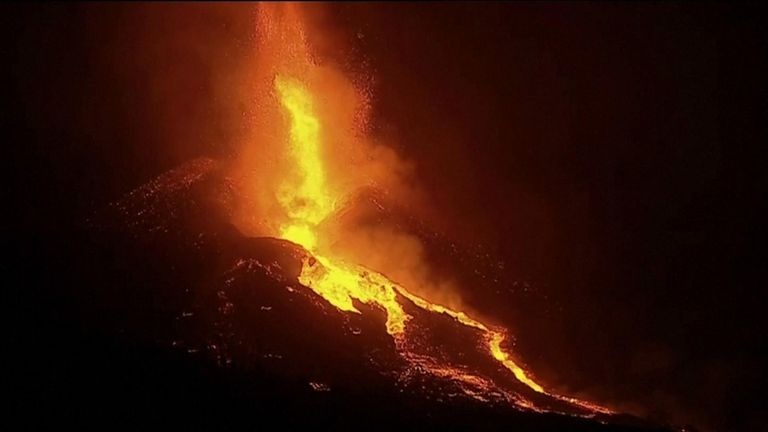 It comes after scientists recorded eight new earthquakes, up to a magnitude of 3.5, during the weekend, with officials warning the volcano was becoming “much more aggressive”.

Following the first eruption on 19 September, more than 6,000 people were evacuated from the surrounding area.

But officials are not expecting to move any more people following the latest activity because the molten rock was following the same route to the sea as earlier flows.

The Canary Islands’ regional president, Angel Victor Torres, said: “It’s not over yet, we don’t even know how long there is to go. We’re in nature’s hands.”

Scientists recently warned of breathing difficulties and irritation to eyes and skin due to the chemical reaction caused by the lava from the Cumbre Vieja volcano reaching the sea.

The lava has caused significant damage to public infrastructure, farmland, and more than 1,000 buildings. 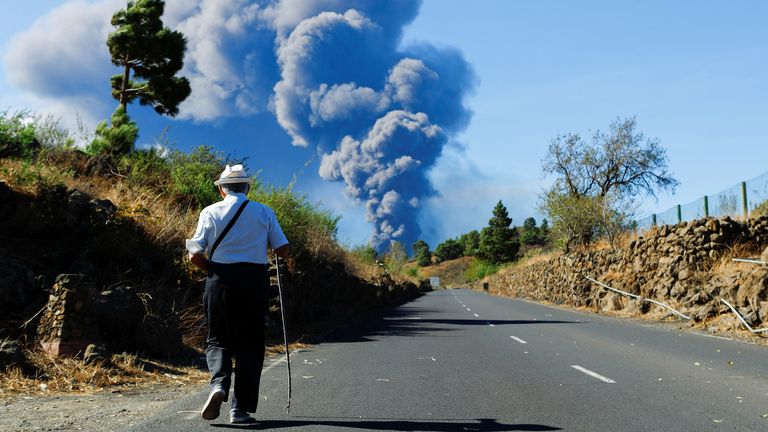 It has also destroyed nearly 21 miles (34km) of roads and entombed large areas of land, according to a European Union satellite monitoring agency.

The authorities have been preparing the distribution of drinking water to homes after the lava flow broke public supply pipes.

Officials have ordered emergency workers and scientists to pull back from the immediate area surrounding the volcano due to poor air quality.