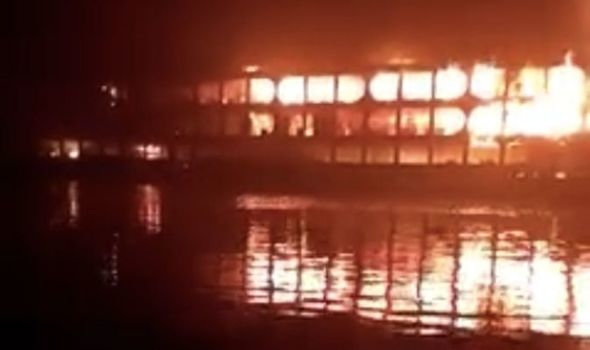 A ferry caught fire on a river in Bangladesh’s Jhalokati district, about 124 miles south of the capital Dhaka, while carrying around 1,000 passengers.

Md Nazmul Alam, the Jhalokati district’s additional deputy commissioner, revealed the ferry was traveling from Dhaka to Barguna district in southern Bangladesh when the engine room caught fire around 3am local time.

Jhalokati fire service personnel arrived at the scene shortly after receiving news of the emergency and tackled the fire for over two hours.

Officials and police remain on the scene and are assisting in the rescue operation.

According to local reports, bodies of ten people have been recovered from the engine room and hundreds of passengers have sustained burns.

Jhalokati Additional Superintendent of Police Moinul Haque revealed the fire was under control around 5am local time.