Ten people have been killed in a stampede during a mass looting at a shopping centre in South Africa’s Gauteng province, officials have said.

The fresh violence comes amid an escalation of rioting in Johannesburg, which broke out after the imprisonment of South Africa‘s former president Jacob Zuma.

Shops and businesses have been looted and vandalised and burning vehicles and debris left across roads.

The violence was triggered last week when Zuma began a 15-month sentence for contempt of court. 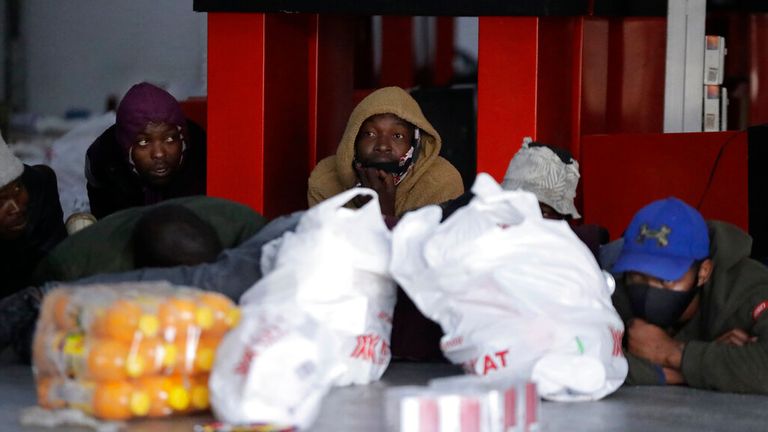 The 79-year-old was convicted of defying a court order to testify before a state-backed inquiry probing allegations of corruption during his term as president from 2009 to 2018.

The Constitutional Court, the country’s highest court, is due to hear his appeal against the sentence on Monday.

The number of deaths has risen to 32 as police and the military struggle to quell the looting and violence in Gauteng and KwaZulu-Natal provinces. 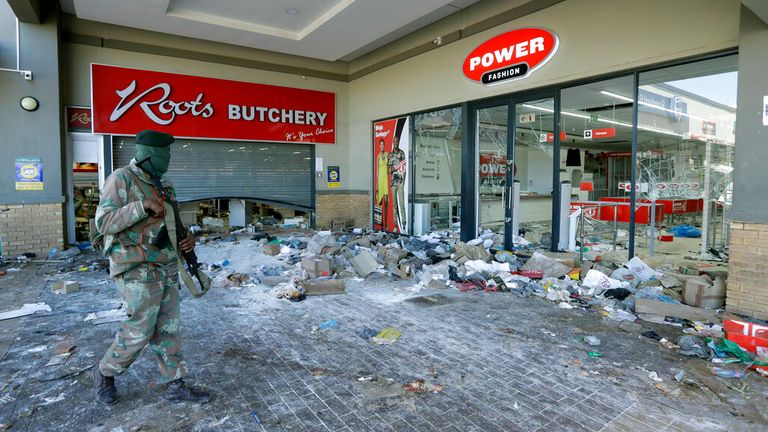 He said: “Yesterday’s events brought a lot of sadness. The number of people who have died in KwaZulu-Natal alone stands at 26.

“Many of them died from being trampled on during a stampede while people were looting items”. 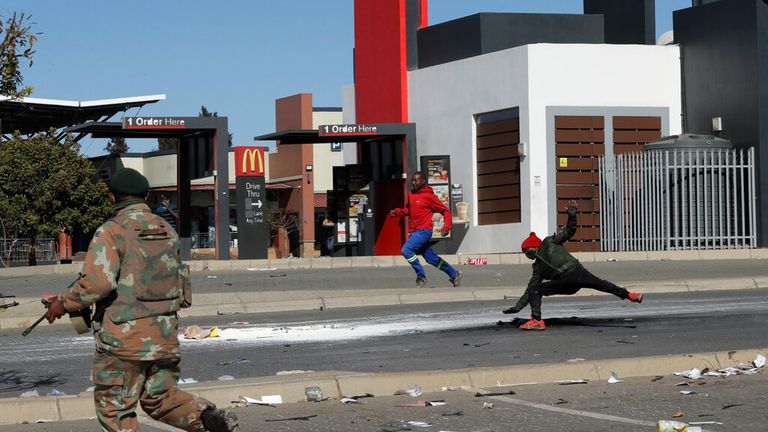 Officials said that six people had died in Gauteng, South Africa’s most populous province which includes the largest city, Johannesburg.

Despite the deployment of 2,500 soldiers to support the South African police, the rampant looting has continued, though arrests are being made at some areas in Johannesburg, including Vosloorus in eastern Johannesburg. 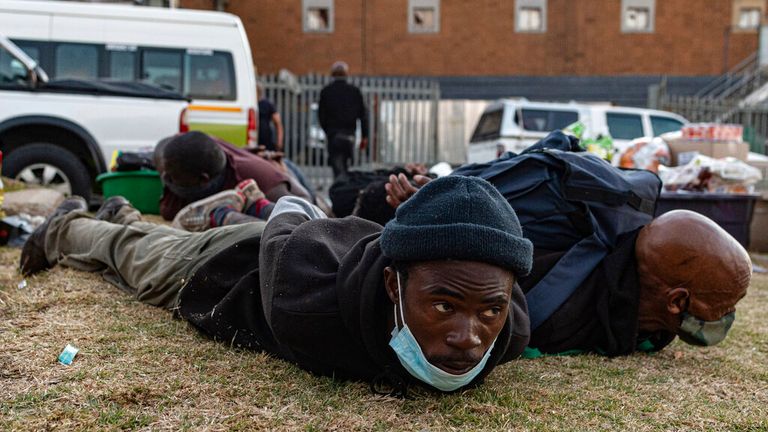 The pro-Zuma violence spiralled into a spree of criminal theft in poor township areas of the Gauteng and KwaZulu-Natal provinces, witnesses said.

So far, the violence and looting have not spread to South Africa’s other nine provinces. 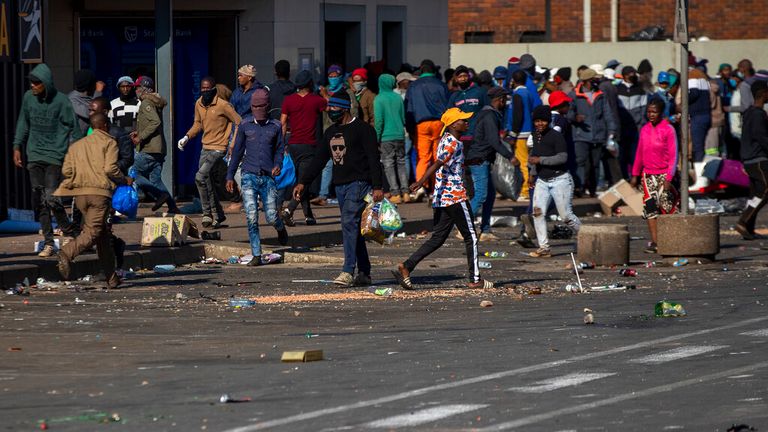 Zuma’s lawyer has argued that the top court made errors when sentencing the former president to prison.

Following 10 hours of testimony on Monday, the court judges said they would study the arguments and announce their decision at a later date.