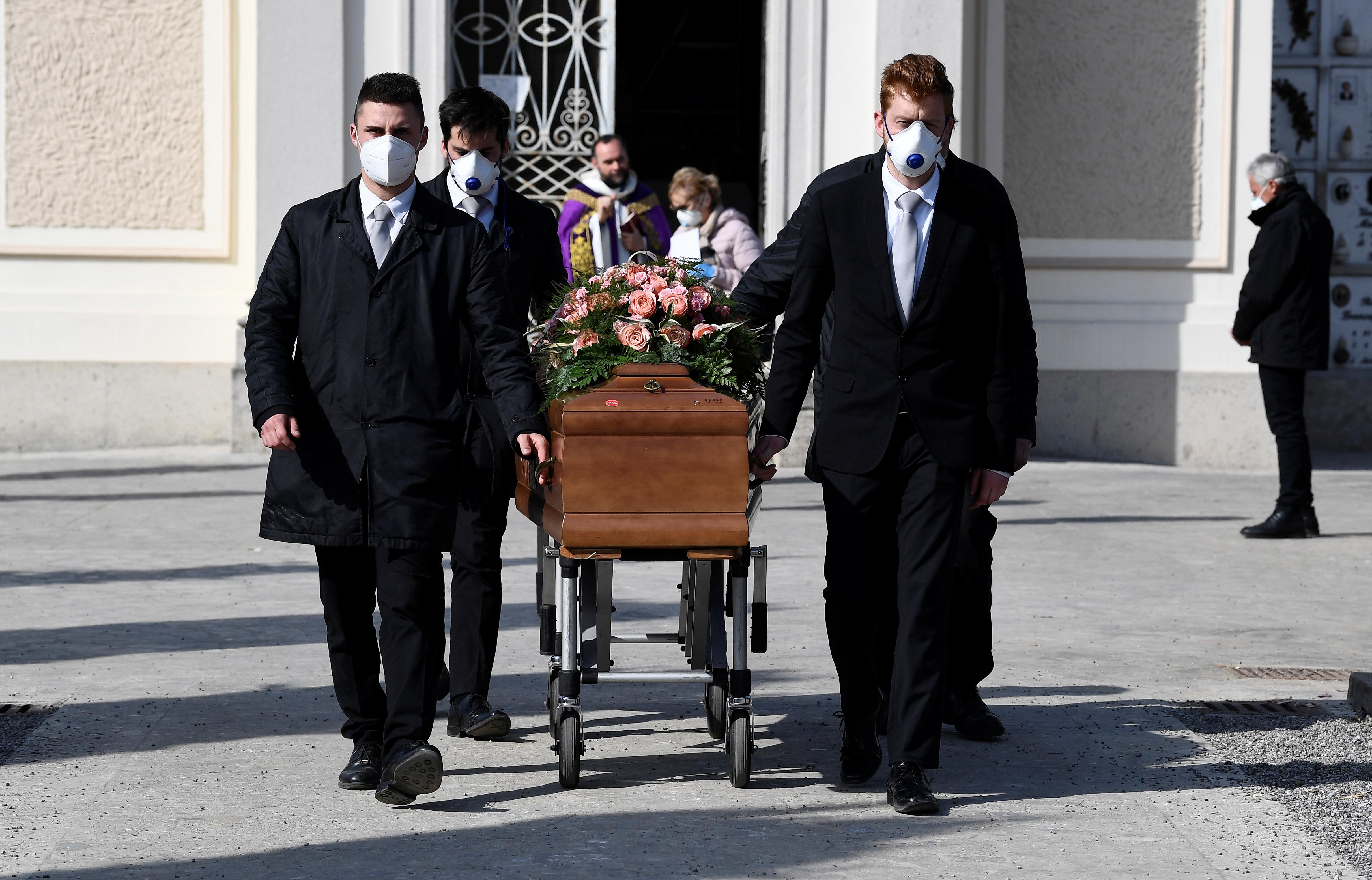 MILAN (Reuters) – The death toll from an outbreak of coronavirus in Italy has surged by 889, the Civil Protection Agency said on Saturday, the second highest daily tally since the epidemic emerged on Feb. 21.

Total fatalities in Italy have reached 10,023, by far the highest of any country in the world.

Italy’s largest daily toll was registered on Friday, when 919 people died. Prior to that, there were 712 deaths on Thursday, 683 on Wednesday, 743 on Tuesday and 602 on Monday.

Italy has the second highest number of cases, behind the United States. It surpassed China’s tally on Friday.

In Italy, of those originally infected nationwide, 12,384 had fully recovered on Saturday, compared to 10,950 the day before. There were 3,856 people in intensive care against a previous 3,732.